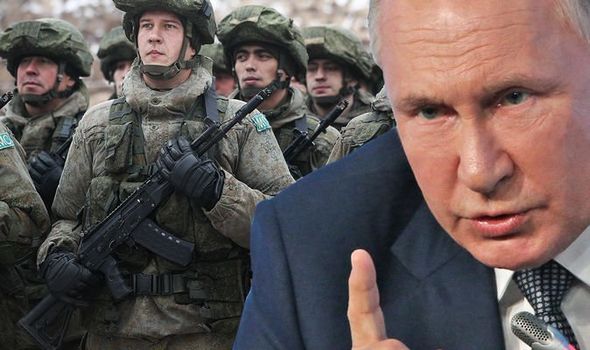 Yuliia Laputina, the nation’s minister for veterans affairs, said that her country was ready to defend itself against an attack from its neighbour. However, she foresaw the conflict spreading far beyond its borders.

The Ukrainian minister, who has also served as the head of Ukraine’s MI5 equivalent, was asked by Sky News whether an invasion by Russia could lead to a third world war.

Ms Laputina said: “Yeah. Yeah. Because geopolitically, it looks like this is a possible scenario.

“So […] we should pay attention to the Ukrainian issue because of the security of the continent.

“This – the spreading of war in case of Russian invasion to Ukraine – will be much wider than Ukraine.”

Her comments come amid growing tension in the international community over Russian troops massing at the border with Ukraine.