Klaus Fuchs was a theoretical physicist and Soviet spy who supplied information on the Manhattan Project to the Soviet Union during and after World War 2. In May 1941, he was approached by Rudolf Peierls of the University of Birmingham to work on the British atomic bomb research project known as Tube Alloys and, despite wartime restrictions, he was granted British citizenship and signed the Official Secrets Act. Three years later, Fuchs was recruited for the Manhattan Project at the Los Alamos Laboratory, where he was responsible for many significant theoretical calculations relating to the first nuclear weapons and later the hydrogen bomb for the UK, US and Canada.

Here, he leaked sensitive information to the Soviet Union, which helped the development of Moscow’s first nuclear bomb in 1949 and kickstarted the Cold War, but confessed his role in espionage to MI5 a year later.

After his conviction in 1950, he served nine years in Britain’s Wakefield Prison.

He then emigrated to East Germany where he resumed his career as a physicist, becoming one of the most celebrated scientists east of the Berlin Wall in the process. 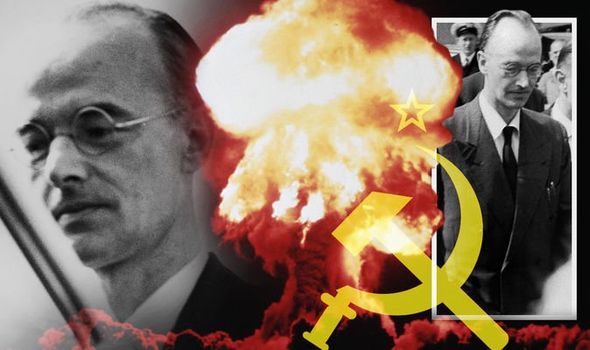 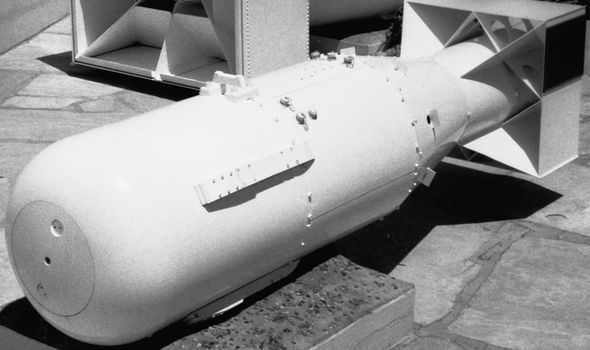 Fuch opened up his briefcase, took out the plans for the ‘Fat Man’ bomb and gave them to Harry Gold,

It started in prison, where he was escorted by Government officials.

Another snap shows him at London Airport, before a third shows him boarding a Polish aircraft to East Germany.

He said in 2019: “There were three spies we know of that operated in Los Alamos. 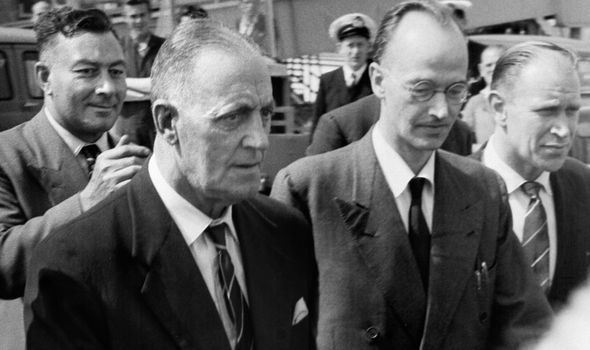 “Of course, the most famous is Klaus Fuchs, who was a German physicist who fled Nazi Germany, then went and worked in Britain.

“When he was in Germany, he was a Communist Party member, pretty active.

“Then he was sent over to Los Alamos as part of the British Mission.

“He worked on the atomic bomb, then in the spring of 1945, a Soviet agent from New York called Harry Gold came to New Mexico and made contact with two of the three spies.” 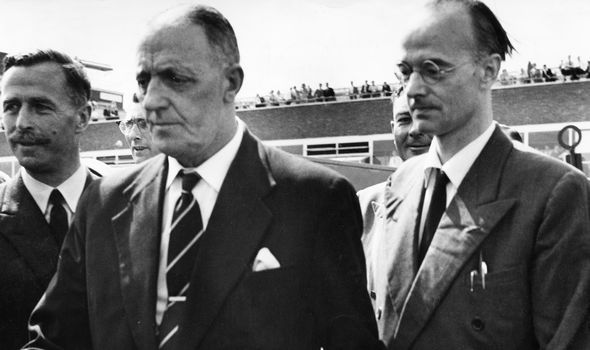 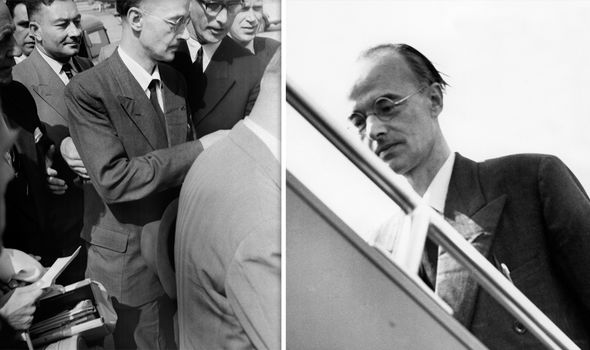 He added: “He made contact with Klaus Fuchs, who had a car so he drove into Santa Fe, picked up Harry Gold and then went to the Castillo Bridge.

“Fuchs opened up his briefcase, took out the plans for the ‘Fat Man’ bomb, gave them to Harry Gold, who then took them and eventually went back to New York and sent them to the Soviet Union.

“That was the most damaging information that was leaked out of Los Alamos, and actually was the blueprint for the first Soviet bomb that detonated in 1949.” 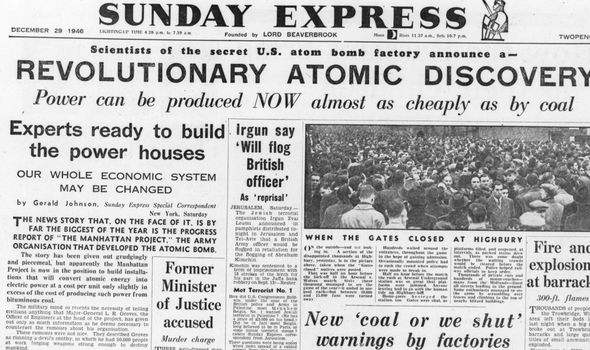 Fuchs’ greatest contribution to the Soviets may have been disclosing how uranium could be processed for use in a bomb.

He gave Mr Gold technical information in January 1945 that was acquired only after two years of experimentation at a cost of £400million.

Fuchs also disclosed the amount of uranium or plutonium the Americans planned to use in each atomic bomb.