Known as Project Pluto, the US programme was developed at the height of the Cold War to create nuclear-powered ramjet engines capable of dropping multiple nuclear weapons on the Soviet Union. But, this breakthrough in technology also gave the weapon a secondary purpose, it could fly around for weeks or even months in enemy territory spilling radiation over the entire country, before its final blow. Directed by Dr Theodore Charles Merkle, the project was born in Livermore, California, by the US Air Force and the US Atomic Energy Commission and two tests were conducted at the United States Department of Energy Nevada Test Site (NTS) in 1961 and 1964.

YouTube channel ‘Dark Docs’ revealed how the disturbing project came to fruition, and the consequences the US risked by rolling it out.

The narrator said in 2019: “The weapon in question, a missile, needed to push the limits of technology, needed to be nuclear-powered and unmanned.

“Nothing of that sort had ever been built before by any military on the planet, and the way that the team at Livermore chose to approach the challenge was through building a ram-jet engine – the concept was rather simple and required no moving parts.

“Instead of launching a hypothetical vehicle through a more conventional method, the velocity or the air pushed in through the front of the vehicle, known as the ram effect, would then by coming into contact with the heat of an unshielded nuclear reactor. 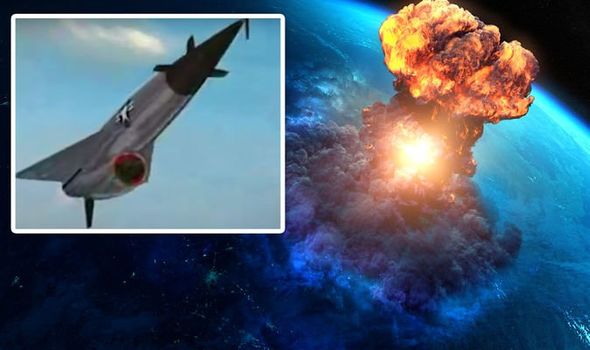 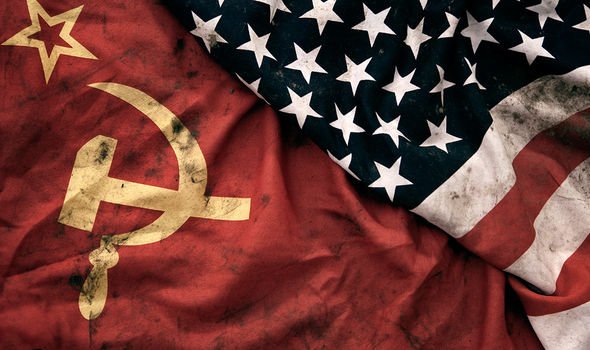 “The expanded air would provide thrust as it exited through a back nozzle – no engine had ever used nuclear energy to heat air this way.

“Project Pluto had to be designed smaller than a commercial one to facilitate flight, but had to be sufficiently sturdy to make the trip from wherever it would be stationed to a potential target.”

The series explained why the missile was unlike anything seen before, moving at supersonic speeds with a reactor that was among the smallest and lightest ever.

The resulting engine could carry a missile at 2,500mph – supersonic speed – and potentially operate for weeks or even months.

The narrator added: “The main challenge with this type of engine was the ram-jets were difficult to construct and manoeuvre and required special materials that could resist the extreme heat of the reactor. 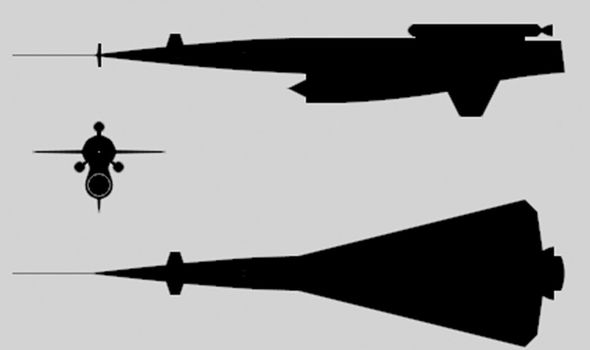 “These high temperatures – reaching around 2,500F (1,371C), would have melted most alloys, so the engineers in charge opted to switch metal components for ceramic pieces produced by a small company named Coors.

“Today, that company, registered under the name CoorsTek, turns over an annual revenue of $820million (£664million), Project Pluto is one of the pursuits that brought the company to prominence.”

This breakthrough allowed for a new type of warfare unseen before, but it also opened the potential for a concerning World War 3 scenario.

The narrator explained: “Integrating this new type of engine to an ad-hoc missile resulted in the assembly of a new weapon – SLAM – standing for Supersonic Low-Altitude Missile.

“The weapon was also endearingly nicknamed the big stick, it was built as a nuclear-powered cruise missile that would circulate at a low altitude, dropping nuclear bombs on multiple selected targets and radiating everything in its path.

DON’T MISS
Coronavirus: Is this PROOF China’s been lying about outbreak? [REVEALED]
‘A stitch-up!’ Scotland braced for 20% MORE funding than England [EXPLAINED]
Coronavirus vaccine to take ‘over 10 years’ as cases surge [ANALYSIS] 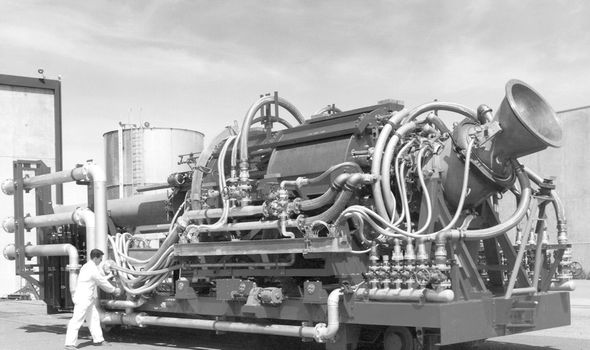 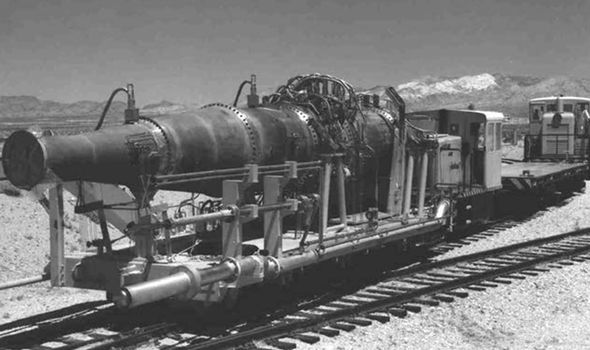 “At three times the speed of sound and capable of flying almost indefinitely, this instrument of mass destruction could carry more than 16 hydrogen bombs, with some reports calculating the maximum possibility of 26.

“While bombs were intended as the main feature, and were indeed the most hazardous feature for potential victims, the secondary radiation damage the missile could cause while flying over portions of enemy territory.

“With near-infinite fuel, the missile could spend weeks or months radiating areas without dropping a single bomb – the intention was to then crash the missile into one final target at the end of its mission – increasing its potential for destruction.”

But, this also caused concerns in the US Government, and the project was shut down due to the catastrophic consequences of launching such a weapon.

The series continued: “As a killing machine, Project Pluto’s SLAM was exquisite, militants and civilians of the target nations could be eradicated through nuclear blasts, radiation sickness, or even simply the shockwave of the missile passing over the area.

“Yet despite the record-breaking nature of Project Pluto, the missile came with a few significant issues for the deploying party – it would have to cross territory adjacent to the USSR at a very low altitude, the expelled air of the engine releasing plenty of radioactive material, showering US allies in Western Europe.

“This could have serious repercussions and the technology also needed to be tested, SLAM was simply too dangerous to launch untested – what if things went wrong mid-flight?

“Testing the nuclear reactor of the engine in a lab or on a base would prove particularly challenging since the unmanned device could have catastrophic consequences should anything go wrong.”