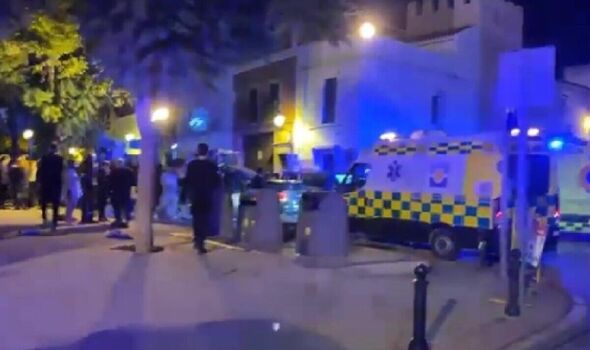 A woman was killed and a two-year-old boy seriously injured after a Three Kings’ Parade in Spain went horribly wrong.

At least four other people were injured after a tractor pulling King Baltasar’s carriage broke loose and careered down a hill, plunging into spectators before ploughing into a wall.

Police say they believe other people were injured as a number of “walking wounded” made their own way to a nearby hospital. The driver survived.

The traditional Christmas parade of the Three Wise Men was taking place in Marchena, a town in Seville, when the accident happened around 8.15pm last night.

The parade was travelling through one of the streets on the long route when it encountered a small hill. For reasons that are still under investigation, the tractor that pulled King Baltasar’s carriage lost control and has run over all the people in its path.

According to witnesses, the driver, a middle-aged man, tried to brake but the tractor did not stop and he honked his horn to alert people.

He managed to avoid the musicians of the band and the audience but ran over the victims before crashing into a wall.