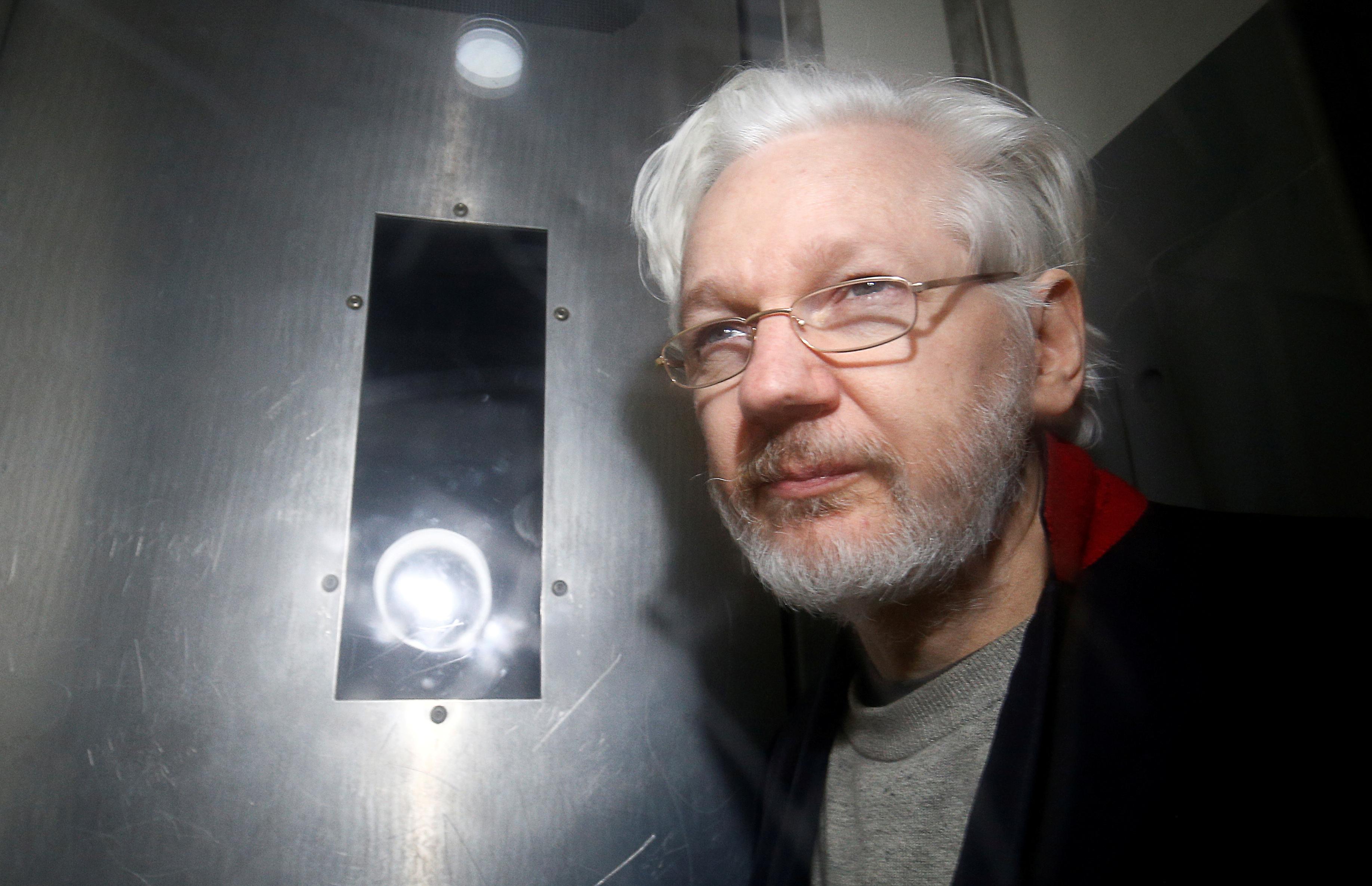 LONDON (Reuters) – WikiLeaks founder Julian Assange appeared in a British court by videolink from prison on Wednesday where lawyers discussed the timetable of his hearing next week to decide whether he should be extradited to the United States.

Assange, 48, who spent seven years holed up in Ecuador’s embassy before he was dragged out last April, is wanted in the United States to face 18 counts including conspiring to hack government computers and violating an espionage law. He could spend decades behind bars if convicted there.

Almost a decade after his WikiLeaks website enraged Washington by leaking secret U.S. documents, Woolwich Crown Court in London will begin hearings on Monday – with Assange present in person – to decide whether he should be sent to the United States.

Appearing at a lower court on Wednesday via videolink from Belmarsh high-security prison, Assange spoke only to confirm his name and date of birth.

The judge discussed with defense and prosecution the timing of when arguments will be made.

Assange appeared relaxed and spent much of the hearing reading notes in his lap. He wore two pairs of glasses: one on top of his head and another which he took on and off and twiddled in his hands.

Australian-born Assange made global headlines in early 2010 when WikiLeaks published a classified U.S. military video showing a 2007 attack by Apache helicopters in Baghdad that killed a dozen people, including two Reuters news staff.

The full extradition hearing will be split in two parts, with the second half delayed until May.