Worsening wildfires in recent years have led officials to embrace planned fires to thin forests before disaster strikes. But the warming world is making it tougher to do safely. 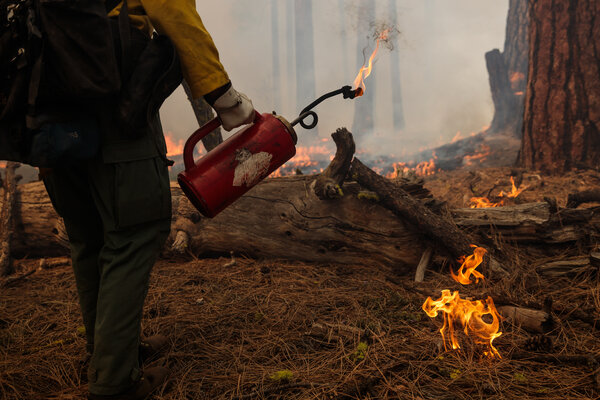 Summer is still more than a month and a half away, but enormous wildfires have already consumed landscapes and darkened skies in Arizona, New Mexico and Nebraska. Whipping winds threw flames across the terrain around Boulder, Colo., in December and March.

In Boulder, worries about wildfire used to be focused around August and late summer, when lightning strikes can ignite the timbers. “Now the focus is every month,” said John Potter, a deputy director at the city’s Open Space and Mountain Parks department.

As deadly wildfires become a terrifying fixture of life for many Americans, more of the country is embracing an ancient tool to limit the devastation: careful, controlled burns that clear away vegetation and help prevent wildfires from exploding into catastrophes. But in many places, the changing climate is making intentional burns much more complicated to carry out.

The United States Forest Service used prescribed fire across a record 1.8 million acres of federal land last year, and the agency is aiming to treat an additional 50 million acres with fire and mechanical brush thinning over the coming decade. President Biden’s infrastructure law puts $5 billion toward reducing combustible flora and combating wildfires in other ways. California, Oregon and other states are exploring legal changes to encourage more burning.

With human-caused global warming heating up and drying out large parts of the country, however, wildfire seasons are growing longer, narrowing the windows for performing controlled fires safely. Shifting patterns of rain and wind are adding to the complications for burners. In many states, efforts to treat more land with fire are also running up against bureaucratic hurdles and funding and personnel shortages.

So far this spring, exceptionally dry and windy conditions have prevented Boulder’s mountain parks department from carrying out any major burns, Mr. Potter said. That raises plenty of concern about how bad wildfires could get this summer.

Even in humid Florida, changing conditions are forcing land managers to get creative about when they burn, said J. Morgan Varner, the director of fire research at Tall Timbers Research Station and Land Conservancy in Tallahassee. Heavy rains derailed plans in March, which is usually prime season for burning in the state. “We’re dealing with a really dynamic climate that makes planning difficult,” Dr. Varner said.