Triumph offers respectability to the host of the next World Cup football, the first Arab nation to get the honours. 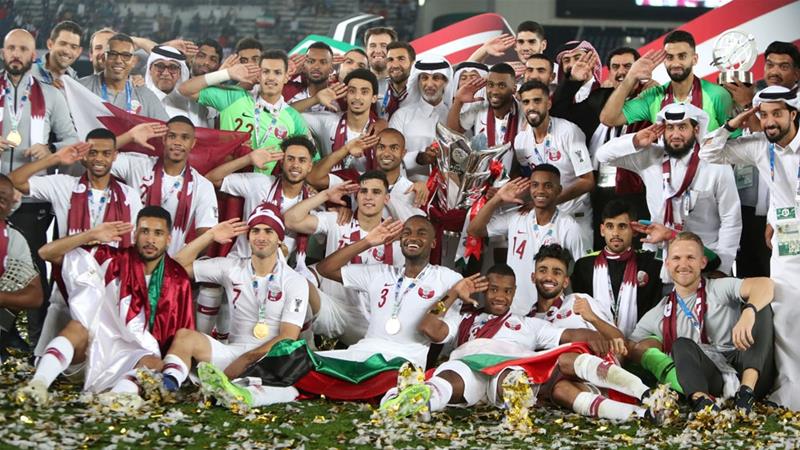 Qatar running rampant to secure a maiden Asian Cup title in Abu Dhabi might have been the worst-case scenario for the hosts, but it also offered hope for Gulf football that the 2022 World Cup might not now be a humiliating experience for the region.

That was always a possibility when Qatar, whose team have never qualified for the World Cup, was named host country of the 22nd edition of world football’s showpiece, the smallest nation to receive the honour and the first from the Arab world.

Qatar coach Felix Sanchez said throughout the Asian Cup that his mission was to show that his young squad could match the best teams in Asia and they delivered, beating former champions Saudi Arabia, Iraq and South Korea on their way to the final.

On Friday, they conceded their first goal of the tournament but still stunned four-times champions and World Cup regulars Japan 3-1, with striker Almoez Ali setting an Asian Cup scoring record with his ninth goal.

It was a beauty, too, an overhead kick taken with such composure that one would never have guessed that Sudan-born Ali and his Iraqi-born team-mate Bassam Al-Rawi were under the cloud of an eligibility row until only a few hours before kickoff. 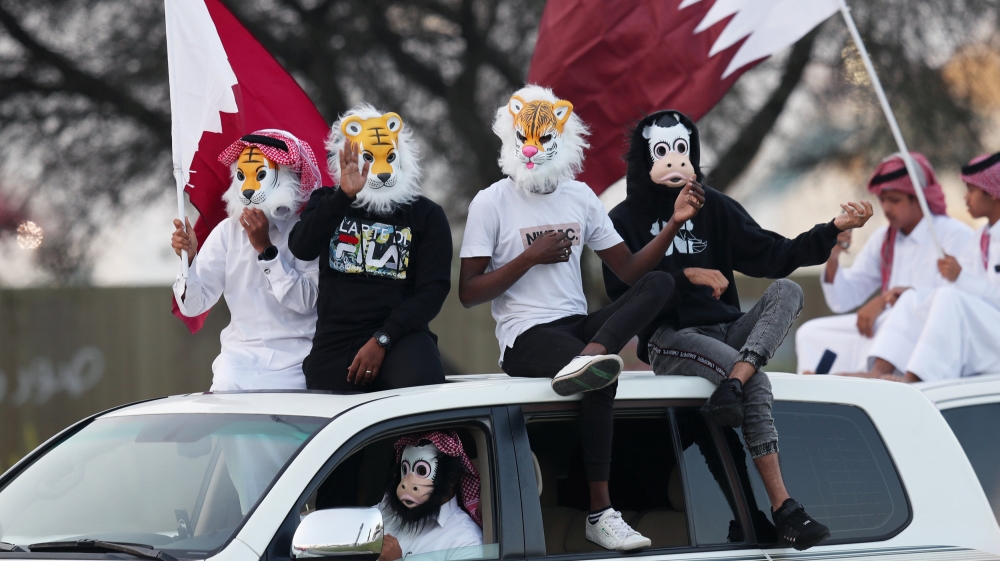 Politics are never far from the surface in football and the political and economic blockade of Qatar launched by the United Arab Emirates (UAE), Saudi Arabia, Bahrain and Egypt 18 months ago hung heavily over the later stages of the tournament.

There were almost no Qataris in the stadium to witness their triumph, with thousands of Omanis making the journey from the neighbouring country to step in as proxy supporters.

Ali and his team-mates had been pelted with sandals and drinks bottles for the temerity of celebrating their goals when the locals finally turned out to support the UAE in the semifinals, only to witness a humiliating 4-0 rout.

In farcical scenes after Friday’s final, Saudi journalists berated Japan coach Hajime Moriyasu for not having delivered the thumping they felt Qatar deserved, rants that the bemused Moriyasu answered with a polite “thank you”.

The timing of the UAE FA protest against the eligibility of Ali and Al Rawi, which was dismissed, was left looking at best like bad sportsmanship and at worst, a politically motivated attempt to derail the Qataris.

Japan and Qatar will next play competitively as guest nations at the Copa America, a tacit admission that other Asian countries do not offer strong enough opposition to truly test a team with ambitions to compete at the highest level.

Ali made that charge explicit, declaring Asia was the weakest of football’s regions and saying he needed to go to Europe to improve his game before 2022.

It was hard to argue with his analysis given the standard of some of the football at the first Asian Cup featuring an expanded 24-team field.

A format that left some teams still in with a chance of advancing despite losing their first two matches did not help, and neither did a lack of marketing which resulted in many UAE residents being completely unaware the Asian Cup was happening.

The champions, Australia, flopped in the quarter-finals mainly because of their inability to turn dominant performances into goals, while Saudi hopes that they could end their long wait since their third title lasted only until the round of 16.

Carlos Queiroz’s Iran looked like they might end their 43-year drought until they were undone in the semifinals by the only Japan performance that came anywhere near the dominant style that won the Samurai Blue four titles.

With some emotion, Queiroz drew a close to his eight years in charge of Team Melli, as did China’s Italian World Cup-winning coach Marcello Lippi following his error-prone side’s defeat to Iran in the last eight.

There were some bright notes from nations with less footballing pedigree – India were denied a first run to the knockout stages only by a stoppage-time penalty and Vietnam’s effervescent style took them to the last eight.

South Korea were joined by the one Asian player of world stature for their third match but a fatigued Son Heung-min failed to revive their lacklustre campaign and returned to Tottenham Hotspur after the quarterfinal loss to Qatar.

Ali was named Player of the Tournament but the award could easily have gone to his skilful forward partner Akram Afif, who sealed the title for Qatar when he coolly dispatched a spot kick for the final goal of the 17th Asian Cup.