Sitting in clogged up traffic in Kabul city centre a young woman ran towards our car and started banging on my car window, shouting at us in perfect English.

“Why after 20 years are you talking to people on the streets when the Taliban are about to return?”

We’d just been filming on a busy street, she’d seen us, but didn’t come forward to speak at the time.

I will not care about [the Taliban]. What should I be scared of? This is my homeland, my land.

It is unusual for women in Afghanistan to ever be so bold in public. I wound down the window as she continued to accuse me of being American, asking why we’d destroyed her country. I asked if we could interview her – again really unusual. She agreed.

Her name is Miriam. She once worked for US-backed NGOs but says she has now boycotted them for their betrayal of the country.

She, like all women here, know they’ll suffer the most, but only a few are as defiant as her.

With the Taliban so close to the outer of the city, I asked her if she was scared. 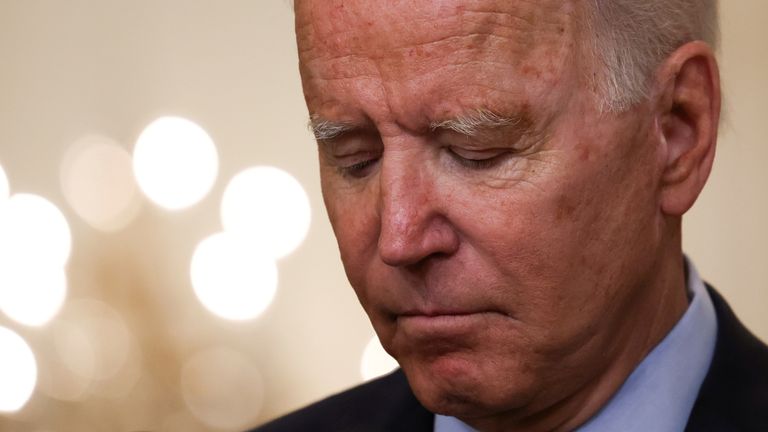 “I’m not scared, I’m a girl, I know the Taliban is fighting in the entry gate of Kabul, they are here, I’m not afraid of them, we are not the people who will go back to the dark era,” she said.

The sense of an imminent Taliban move on Kabul permeates throughout the city. That feeling is exacerbated by the presence of heavily armed Afghan special forces preparing for battle.

It’s almost unheard of to see this number of them in one place at one time. The “Scorpions”, as they’re known here, have been extracted from Kandahar, which has already fallen to the Taliban, and are regrouping here in the capital. These men are well trained and together they’re a formidable force.

They’re desperately needed, the Taliban are just miles away. With intense fighting underway in the north, east, south, and west, Kabul is all but sealed off by their fighters.

British and American soldiers – and crucially their equipment – have steadily started to arrive at Kabul airport.

We watched on as transporter planes landed and criss-crossed the runway, moving towards the heavily fortified military section of the complex. 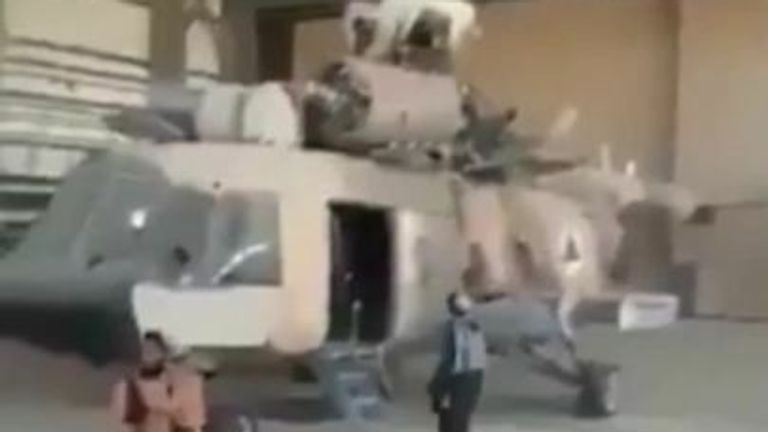 Vitally important, helicopter gunships were parked on the tarmac and being prepared for imminent deployment to protect the evacuation of foreign nationals and the Afghan workers employed here for nearly 20 years.

Many here in Afghanistan hope that the arrival of these coalition forces will cause the Taliban to hesitate advancing on and attacking Kabul.

Giant posters of Afghan President Ashraf Ghani adorn the outer walls of buildings across the city.

Many thought he would resign today when he made an address to the nation, but instead he told his country he intends to restore order and not lose what’s been gained over the past two decades.

It is however hard to imagine how he intends to restore order. In the midst of tightening security the government held hours of talks discussing a Taliban offer of a ceasefire and an interim government – it came to nothing.

We stopped on a busy shopping street to ask people what they thought of the president’s refusal to stand down or consider the latest offer.

Many said they basically wanted peace above everything else and that they would accept the Taliban especially if they showed they had changed their hard line positions on universal education.

A young man came over to talk. 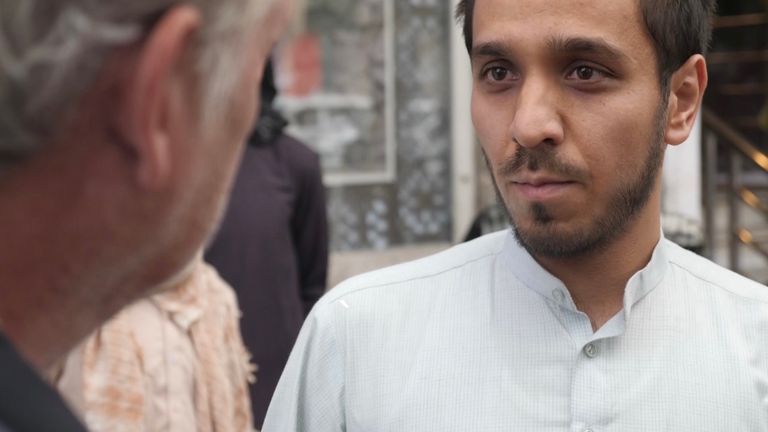 Abdulwahab runs a textile wholesale business. In essence he just wants that to stay open and said it doesn’t matter who governs if there is peace and the Taliban show they have changed.

“Right now it’s fine, the people are good with them, they said everyone can go to school, the girls, the boys, life as normal, but in the future we don’t know – but recently life has become difficult for people, people they’re worried about how Taliban [treated] us before and now it’s a little different.” But the early indicators of a reformed Taliban aren’t looking good. In Kandahar they’ve taken over the radio station, it’s now Sharia radio. They have broadcast their pictures, praying in the station. It looks rather like 20 years ago.

Change is coming here now whatever the president says. The Taliban’s inexorable advance on Kabul is almost complete and the coalition forces will likely only delay the inevitable.