President Donald Trump and his Democratic rival Joe Biden will go head to head on November 3 as Americans take to the polls. The election has been fraught with confrontation, coronavirus diagnosis and cancelled debates as the election date draws closer.

Mr Trump and Mr Biden have already gone head to head in one debate, as have their vice Presidential candidates.

A second debate was virtually scheduled for October 15 after the President’s positive COVID diagnosis, however Mr Trump has refused to take part in the online skirmish.

Speaking to Fox Business Channel, Mr Trump said he was “not gonna waste my time” on a virtual debate and “sit behind a computer, ridiculous”.

In the wake of Mr Trump’s positive coronavirus diagnosis and subsequent hospital stay, the Democrats in the US House of Representatives, said their legislation would activate a long-ignored provision of the 25th Amendment of the US Constitution. 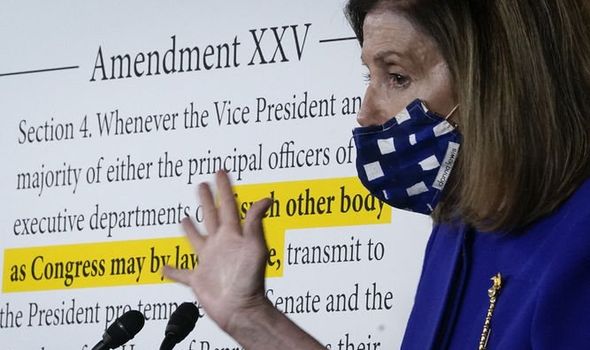 What is the 25th Amendment?

The 25th Amendment – Amendment XXV – to the United States Constitution is in relation to issues around presidential succession and disability.

The Amendment clarifies the vice president becomes president (as opposed to acting president) if the president dies, resigns, or is removed from office.

It also establishes procedures for filling a vacancy in the office of the vice president and for responding to presidential disabilities. 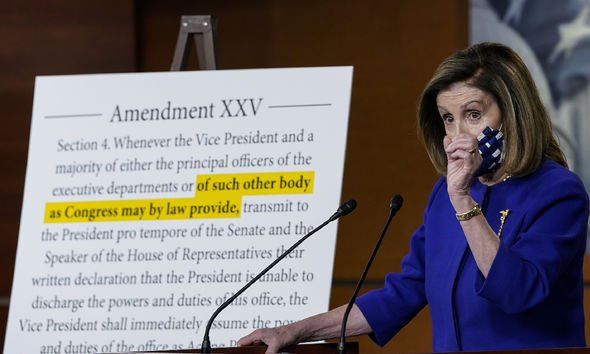 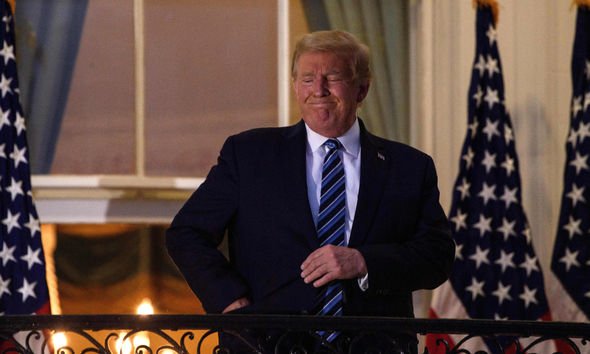 One week after President Donald Trump announced he had COVID-19, Democrats in Congress on Friday proposed creating a commission to help decide whether to transfer a future US president’s powers when incapacitated.

Democratic Representative Jamie Raskin, the bill’s sponsor, said the 17-member commission would be made up of eight medical personnel, eight former executive-branch officials and a 17th member chosen by the group.

Mr Raskin urged Congress pass his legislation next year and said: “What happens if a president, any president, ends up in a coma or on a ventilator and has made no provisions for the temporary transfer of power.”

House of Representatives Speaker Nancy Pelosi, a Democrat, added: “This is not about President Trump,” but about future presidents, which could include Mr Trump if he wins a second four-year term in next month’s election.

Ms Pelosi has raised experts’ concerns some of the drugs Mr Trump took to battle his COVID-19 symptoms could cloud a person’s judgment.

The 25th Amendment was brought about after the 1963 assassination of President John Kennedy.

The Democratic legislation seeks to provide more clarity on the triggers for transferring power from the elected president or vice president to a temporary or permanent replacement. 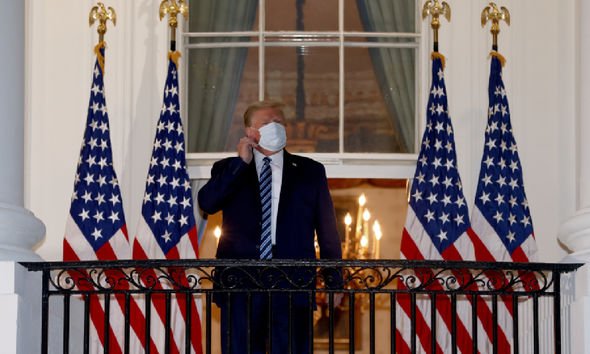 House Minority Whip Steve Scalise, a Republican, accused Ms Pelosi of trying to undo the results of the 2016 election, having failed to do so with the House impeachment of Trump that ended with a Senate acquittal.

Ms Scalise told Fox News: ”Here she is again … trying to overturn the results of next month’s election.”

However White House Spokeswoman Alyssa Farah told Fox News on Friday Mr Trump is feeling great and eager to get back out on the road once he is cleared by doctors treating him.

She said: “The president is doing great … He’s feeling great.

“He’s eager to get back out on the road safely once he’s been cleared by his doctors.”

A White House source has said the President will speak from his residence on Saturday.

As yet there are no more details of the event.