Ursula von der Leyen shared a video on her Twitter page to celebrate the arrival of the first doses of the Pfizer/BioNTech coronavirus vaccine across the bloc. The European Commission President hailed the occasion as a “touching moment of unity” and a “European success story.” But social media users appeared to strongly disagree as they slammed the European Union for the delays in approving the jab compared to the UK and the United States.

One user said: “This could never be regarded as the EU finest hour. It seems the central procurement process has been woefully inefficient and the UK was wise not to take part. Though widely mocked @Jacob_Rees_Mogg appears to have been right.”

Many lamented Brussels’ failure to order “enough” vaccines to cover the majority of the EU population despite months of restrictions weighing on both citizens and the economy.

They said: “Without EU we would have had more vaccines and faster.” 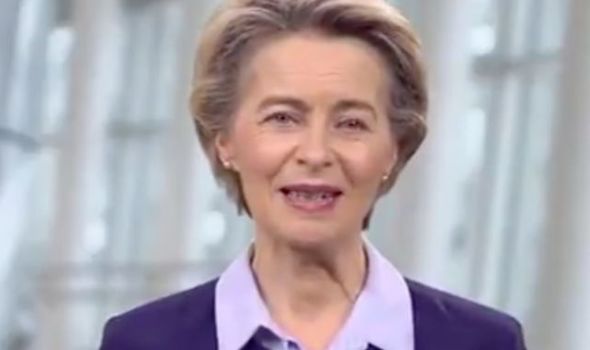 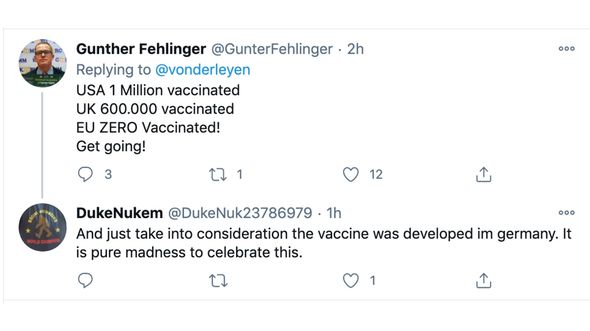 The sentiment was echoed by another user, who wrote: “It is indeed very touching that we are (again) too late with too fewer vaccines bought by the #EU. Unbelievable.”

Other users took particular issue with the European Medicines Authority (EMA) taking several weeks to approve the vaccine while the UK began to roll out the jabs on December 8.

One user said: “Good to see EU symbolism means more than EU citizen lives……you could have started vaccinating weeks ago. 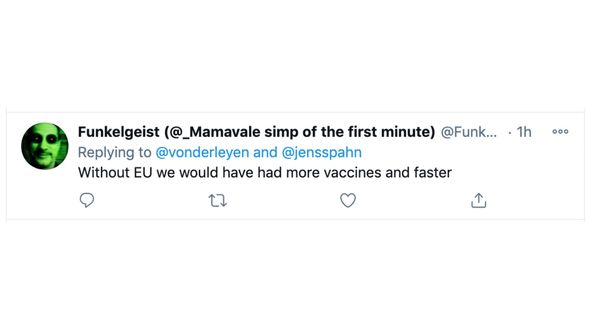 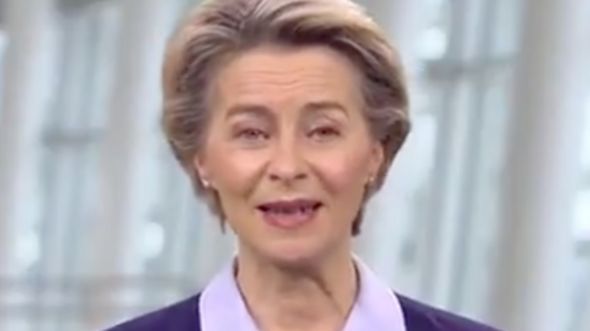 Some German users also ridiculed the delay noting the Pfizer/BioNTech jab was initially developed in Germany.

They wrote: “And just take into consideration the vaccine was developed in Germany. It is pure madness to celebrate this.”

Mrs von der Leyen in the video insisted the bloc had secured enough doses of the coronavirus jab to cover the whole population of the European Union.

She said: “The vaccine is made available at the same time to all EU countries and people will start taking the vaccine in Athens, Rome, Helsinki, Sofia, you just name it. 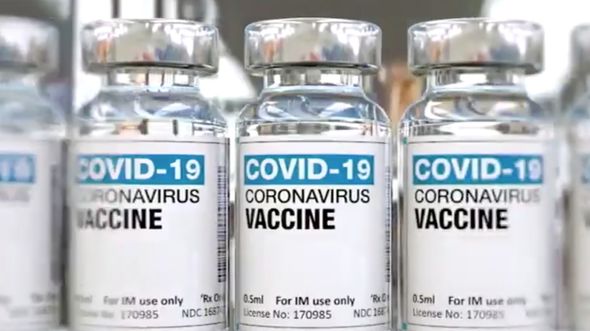 “Our European Vaccination Days are a touching moment of unity and a European success story. Very soon we will have more vaccines once they’re proven to be safe and effective.

“The European Union has secured enough doses of vaccines for our whole population of 450 million people.”

She added: “We also secured vaccines for our EEA neighbours like Iceland and Norway. Vaccination will help us get our normal lives back, gradually.

“Once enough people have been vaccinated, we can start travelling, meeting our friends and family again and have normal holidays, which we all long for. But until then, we have to continue being careful.

“We need to protect ourselves, our loved ones, from the virus. Let’s make 2021 our year of European recovery and hope.”