President Putin sent troops to contested Crimea in 2014, annexing the region in a move condemned by Western leaders. This also infuriated Ukraine – a country that has been plagued by conflict since the annexation – leading to increased tension in Eastern Europe. Russia and the West have been grappling for influence in Eastern Europe since then, and the hostility led to the threat of Russian invasion.

In September 2014, Putin privately warned Poland, Romania and the Baltic states about Russia’s military strength, according to a record of a conversation with his Ukrainian counterpart.

These countries are all part of the EU, the bloc that Ukraine was also looking to join at the time.

According to Suddeutsche Zeitung, a German newspaper, Putin allegedly told then Ukraine President Petro Poroshenko: “If I wanted, in two days I could have Russian troops not only in Kiev, but also in Riga, Vilnius, Tallinn, Warsaw and Bucharest.”

The statement, if made in these terms, represented the first time Putin had discussed the idea of having Russian troops in an EU or NATO member state.

The warning he could send Russian troops into the capitals of Latvia, Lithuania, Estonia, Poland and Romania threatened to spark military action between NATO and Russia. 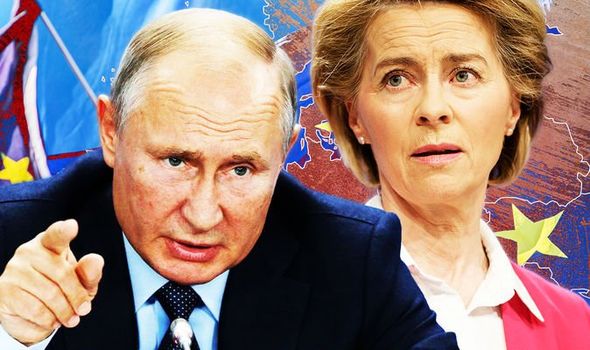 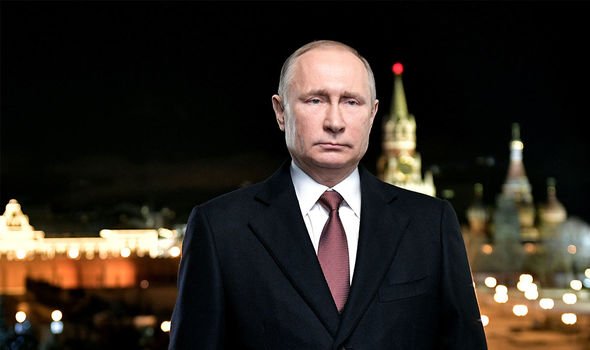 This would have brought the UK into a war with Russia, as the country is part of NATO and therefore obliged to help defend fellow members.

They are covered by the security guarantee in Article V of NATO’s founding treaty, which states that “an attack on one is an attack on all”.

Putin’s alleged threat bears similarities to remarks he made to Jose Manuel Barroso, former EU Commission President, in which he warned: “If I want to, I can take Kiev in two weeks.”

The same week the threat emerged, Ukraine ratified a historic Association Agreement with the EU, placing the country on the path towards eventual EU membership. 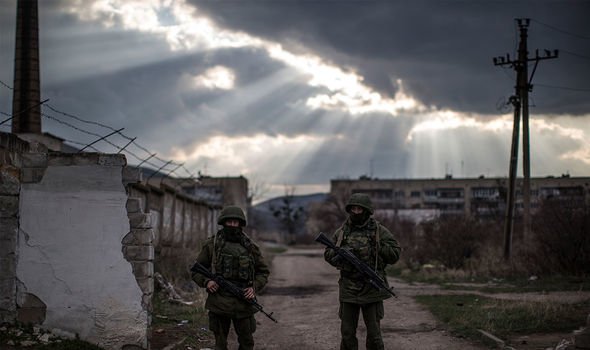 This was an outcome President Putin had sought to avoid as he aims to increase Moscow’s influence in the former republics of the Soviet Union.

The Baltic nations expressed fear in 2014, but then US President Barack Obama vowed to protect countries from Russia’s aggression.

He said: “If you ever ask again ‘Who will come to help?’ you’ll know the answer: the NATO alliance, including the armed forces of the United States of America. 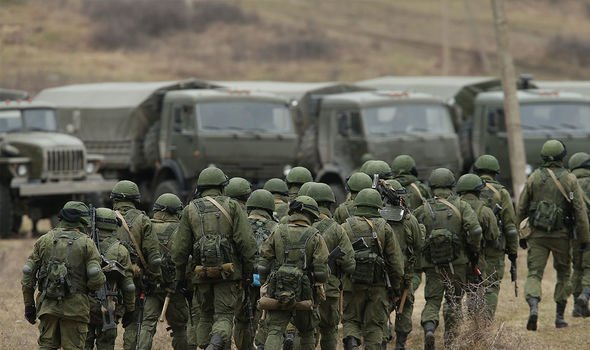 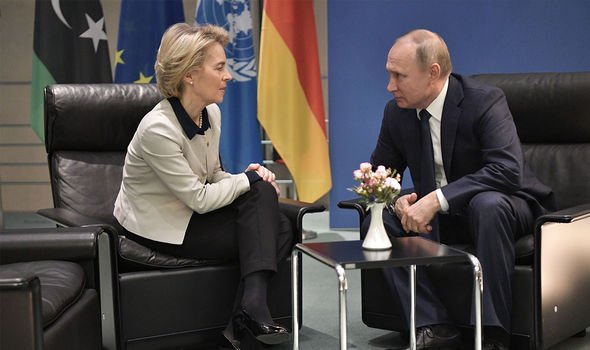 Many in the West have claimed Russia is even trying to break up the EU.

This was made apparent in a 2017 BBC report, in which this question was posed: “Is Vladimir Putin using hybrid warfare to destabilise the EU?”

The term ‘hybrid warfare’ refers to any form of aggression short of an open invasion, and experts highlighted numerous times Putin’s government were accused of targeting Brussels with underhand tactics.

Critics of the Kremlin claim Moscow may be using these methods to force Europe to withdraw sanctions levied on Russia after the annexation of Crimea.

Anne Applebaum of the Legatum Institute told the BBC in 2016: “Russia’s interest in breaking up Europe is clear, and it uses a variety of means – everything it can do – to achieve this breakup.”