BRUSSELS (Reuters) – Hungarian Prime Minister Viktor Orban said on Sunday that Dutch leader Mark Rutte was responsible for the deadlock at a European Union summit, where leaders were set to haggle for a third day over a vast stimulus plan for their coronavirus-hit economies. 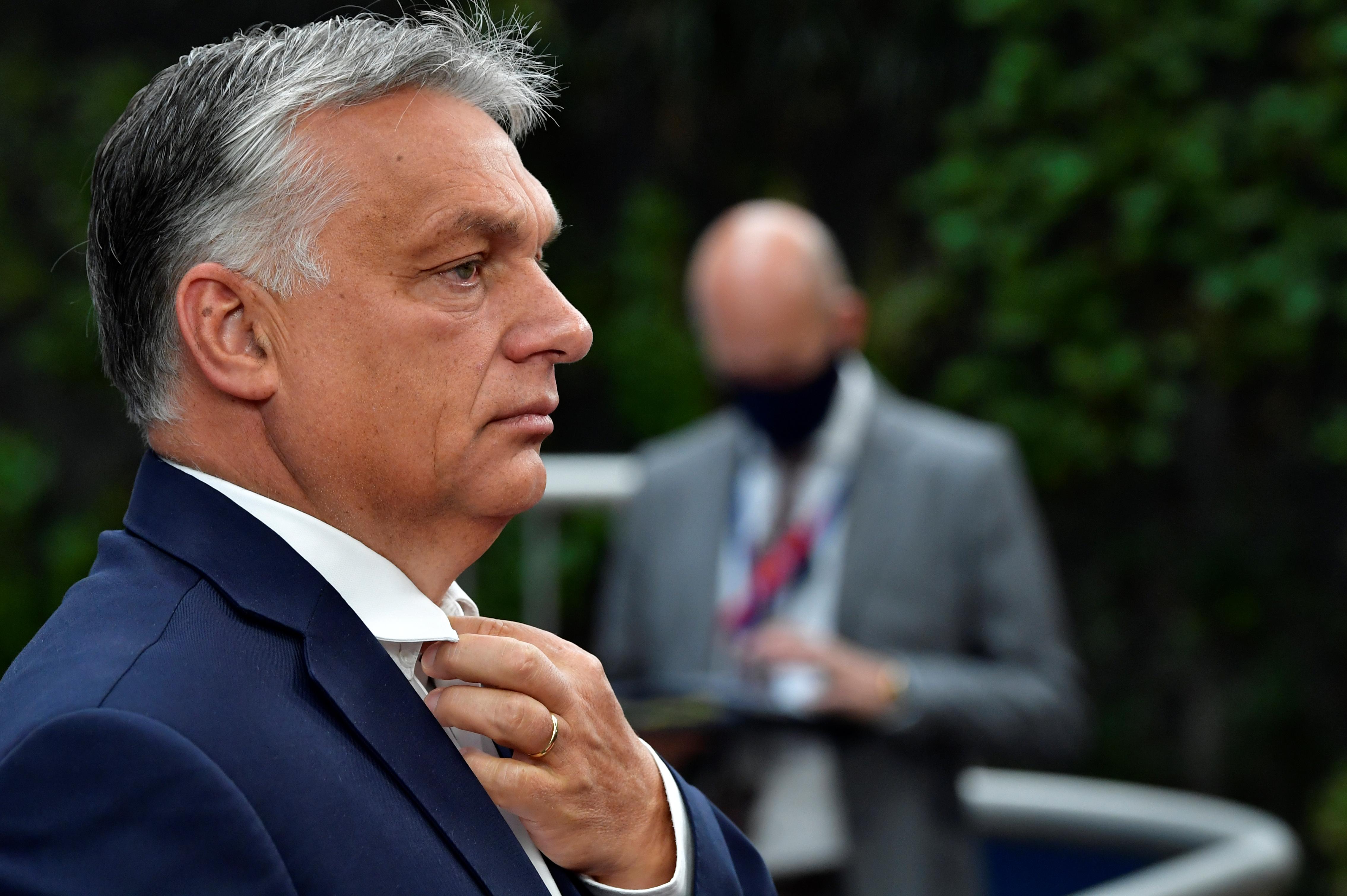 “I don’t know what is the personal reason for the Dutch prime minister to hate me or Hungary, but he is attacking so harshly,” he told reporters in front of the steps of a European history museum in a Brussels park, a short walk from the summit venue.

“I don’t like blame games but the Dutchman is the real responsible man for the whole mess… The Dutch prime minister, he is the fighter.”

Orban, a right-wing nationalist who has accumulated unprecedented powers since winning election a decade ago, has clashed with the EU’s executive and other member states for years over his perceived backsliding from democratic governance.

A group of wealthy and fiscally “frugal” northern states led by the Netherlands has blocked progress at the summit towards agreement on a 750 billion euro fund to revive Europe’s economies.

They want strict control over how funds are spent, and there has been a fierce argument over whether money could be withheld from countries that fail to live up to democratic standards.

Hungary, where Orban has tightened the noose around media, academics and civil society, threatened even before the summit got under way on Friday to veto the package over a proposal to freeze funds for states undercutting the rule of law.

“What’s going on is a little bit strange because there is a 100% agreement on the rule of law,” Orban said. “If somebody is not ready to accept the rule of law [they] should leave the European Union immediately. They should not be punished by money.”

He said “these guys who inherited freedom, rule of law and political democracy” did not have the experience that he and others in eastern Europe had fighting against communism.

Rutte told a news conference in the Hague on July 10 that developments in both Hungary and Poland were “very worrying”.

“We have the principle of rule of law, and of democracy, and that Europe is not only a market and a currency, but also a community of values and you can have conditions,” he said.