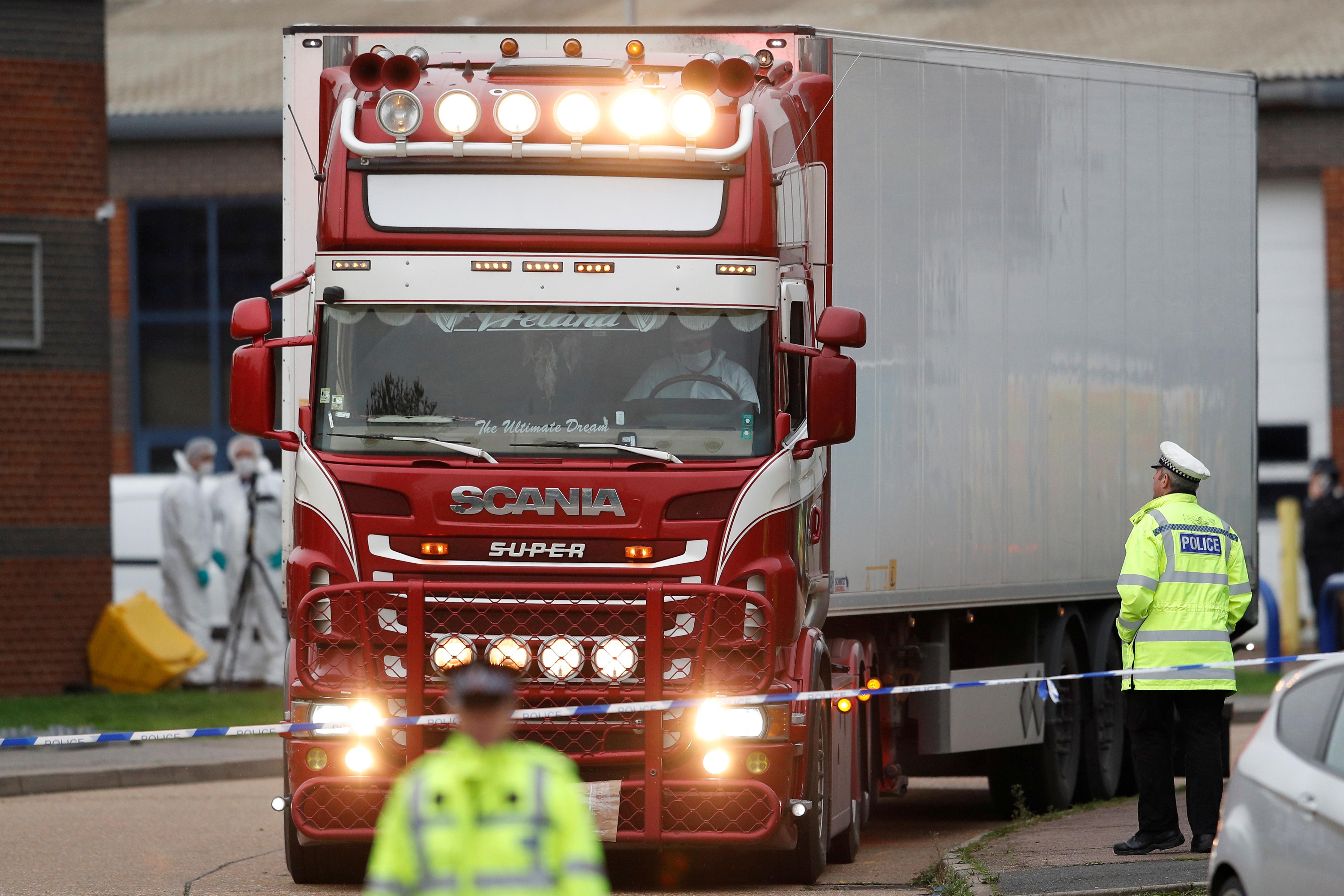 HANOI (Reuters) – Police in Vietnam have charged seven people in connection with the deaths of 39 migrants whose bodies were discovered in the back of a truck near London last year, authorities said late on Thursday.

The victims, who included two 15-year-old boys, were mostly from two provinces in north-central Vietnam, where poor job prospects, encouragement by authorities, smuggling gangs and environmental issues have fueled migration.

Seven defendants, including a Vietnamese woman living in China, were charged with creating immigration profiles for 67 people from different areas in Vietnam for illegal work in Britain and Europe, Ha Tinh province regional police said in a statement.

Police referred to the case of 26-year-old Pham Thi Tra My, who was one of the victims of the British truck deaths.

“They contacted the victim in late June, 2019 and charged her $22,000 to create immigration profiles,” the statement said. “The victim in September was then taken to China, France and the UK.”

The truck deaths shone a spotlight on the illicit trade that sends the poor of Asia, Africa and the Middle East on perilous journeys to the West.

Police said in the statement that their investigation was continuing and would be expanded. They did not give details on any court appearance by those charged.

Autopsies concluded that the provisional cause of death of the 39 people was a combination of hypoxia – oxygen deprivation – and hyperthermia – overheating – in an enclosed space.