CARACAS (Reuters) – Venezuelan opposition leader Juan Guaido on Monday announced a “unitary pact” supported by a coalition of parties calling for increased international pressure on President Nicolas Maduro as the country heads toward a congressional election in December. 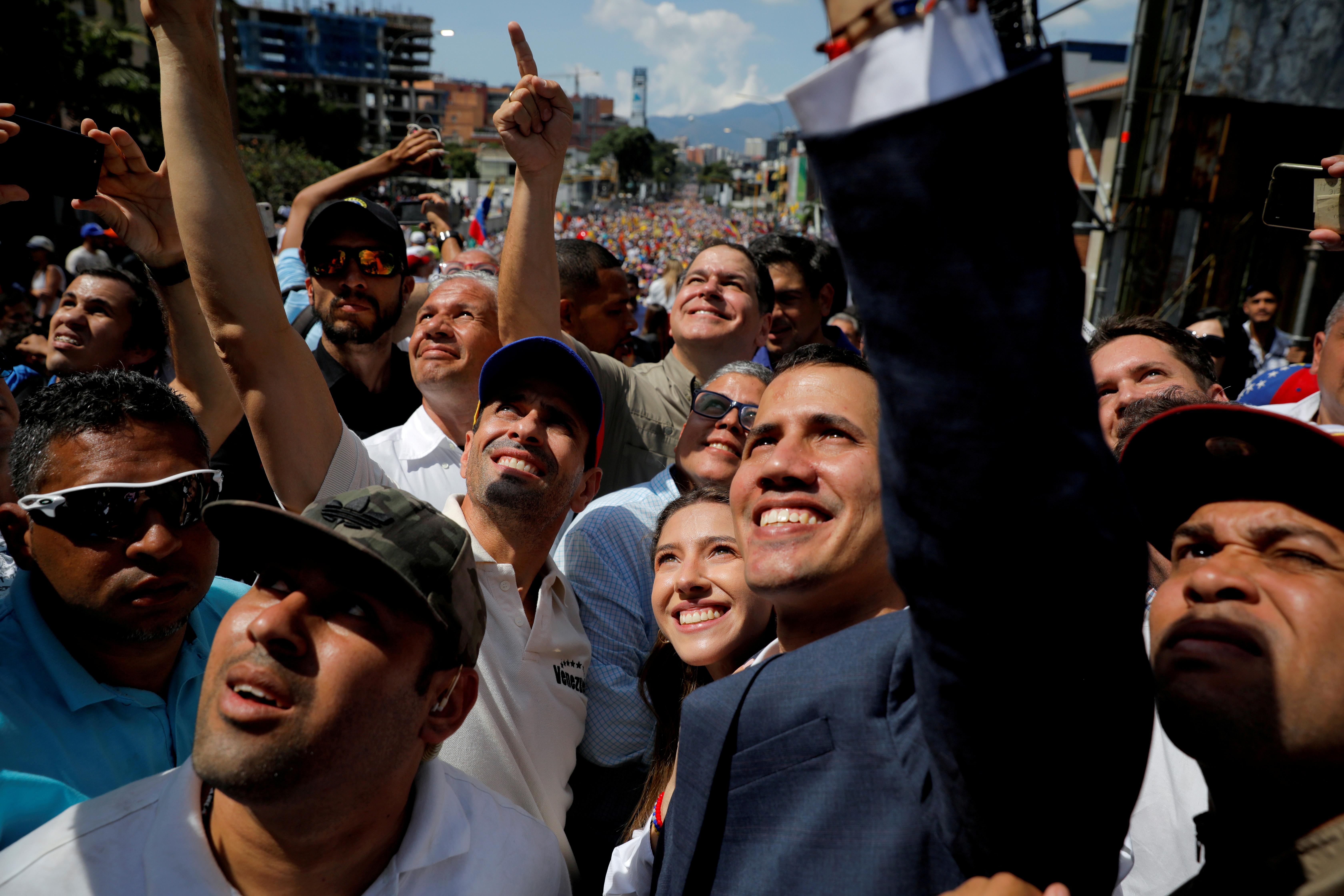 Most opposition parties have said they will not take part in the vote on grounds that it is rigged, but a faction led by two-time presidential candidate Henrique Capriles has opened talks with the government about ensuring a fair election.

“Engaging in fraud and fostering disunity only collaborates with the dictatorship,” Guaido said in comments broadcast on social media.

The pact was supported by the four main opposition parties as well as 33 other parties and political organizations. One of its points calls for “deepening and escalating the international pressure” without elaborating.

The United States expanded its sanctions on Venezuela last year by targeting oil exports and seeking to block fuel imports to pressure Maduro into stepping aside, though he has held on thanks to military backing.

Washington has stood by Guaido, who last year assumed an interim presidency after declaring Maduro a usurper in the wake of his disputed 2018 re-election.

Capriles is asking the European Union to send in observers for the vote for a new parliament.

“Europe has a historic opportunity to help this country recover its democracy,” Capriles said in an interview with the Spanish newspaper El Pais published on Monday.

Capriles has suggested that the Dec. 6 election should be postponed due to COVID-19 and to ensure proper conditions for the vote, though Maduro over the weekend said there was no chance of a change in the date.