CARACAS (Reuters) – Venezuela’s military on Saturday held exercises that deployed civilian militia and armored vehicles in the capital Caracas and around the country, an effort by President Nicolas Maduro to show strength as Washington prepares to escalate sanctions. 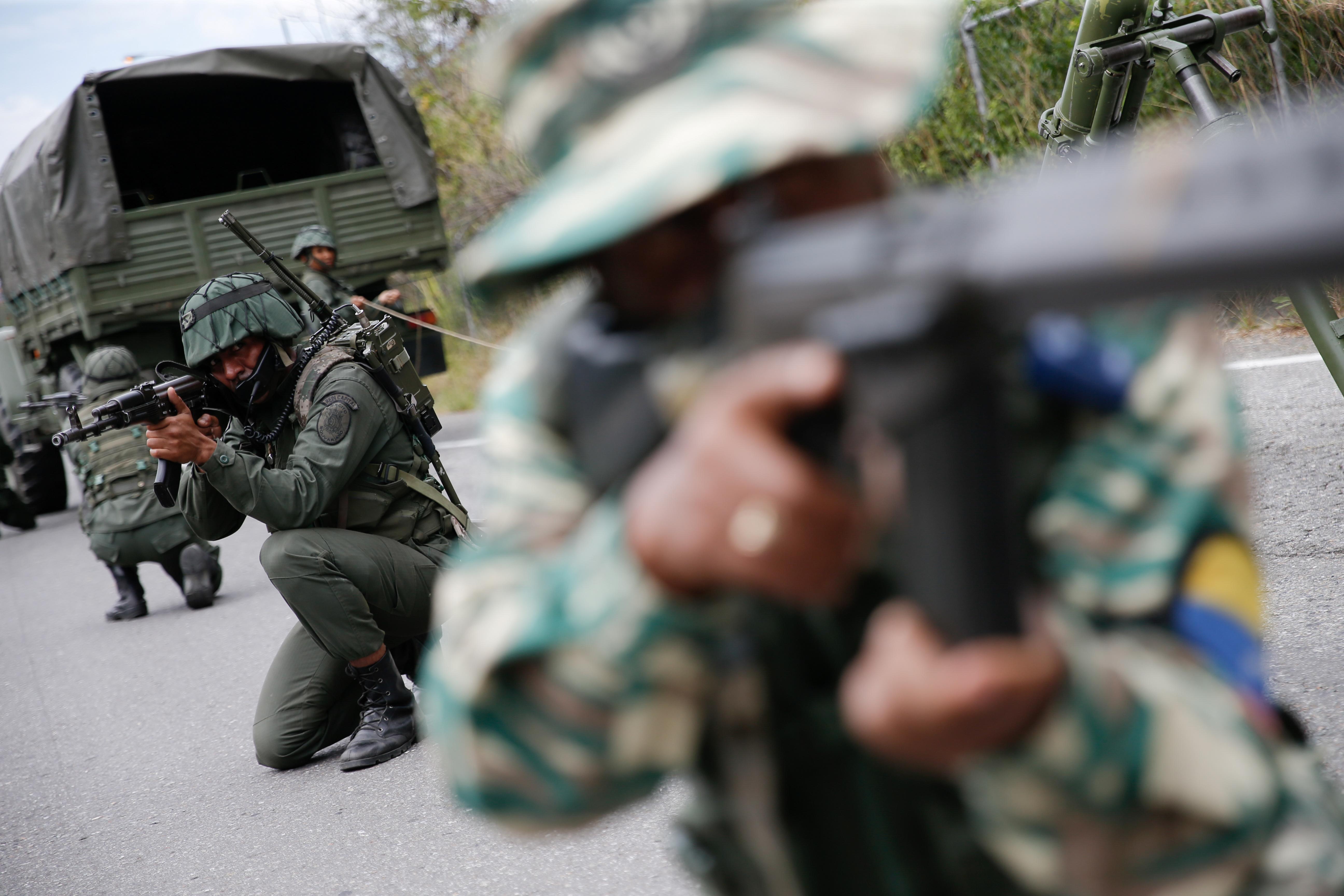 Maduro accuses the United States of preparing an invasion of the OPEC nation, which in 2017 U.S. President Donald Trump described as a possibility. Since last year the United States has ramped up economic sanctions against his government.

The exercises were launched days after Maduro formally incorporated the civilian reserve, a group of some 4 million volunteers with limited military training, into the armed forces alongside the army, navy, air force and National Guard.

“We have proven the level of command and control of the Bolivarian militia, complemented by the National Bolivarian Armed Forces,” said Defense Minister Vladimir Padrino in statements broadcast on state television.

In one exercise seen by Reuters along a highway in eastern Caracas, a group of several hundred people including soldiers and militia members participated in a 10-minute drill that involved blocking “invaders” from entering the capital.

They were joined by civilian members of the ruling Socialist Party dressed in red shirts who served as look-outs, while soldiers drove armored vehicles.

The “invaders” were represented by a group of cars that blocked the highway.

Maduro’s adversaries dismiss such exercises as theatrics meant to disguise the decay of the armed forces amid hyperinflation that has made Venezuelan salaries – including those of soldiers – insufficient to buy basic food.

“I say to the armed forces … we are with you, we know about those malnourished soldiers.”

Maduro has held on to power despite the country’s economic crisis in large part because of support from the military.

The United States has implemented a broad sanctions program against his government and has urged the armed forces to turn against him.

State Department officials this month said they plan new measures to increase the pressure on Maduro, who says the sanctions are to blame for the country’s economic problems.