CARACAS (Reuters) – A Venezuelan doctor known for treating the poor during the Spanish flu pandemic a century ago has been beatified, moving a step closer to sainthood, Venezuelan Cardinal Baltazar Porras said on Friday. 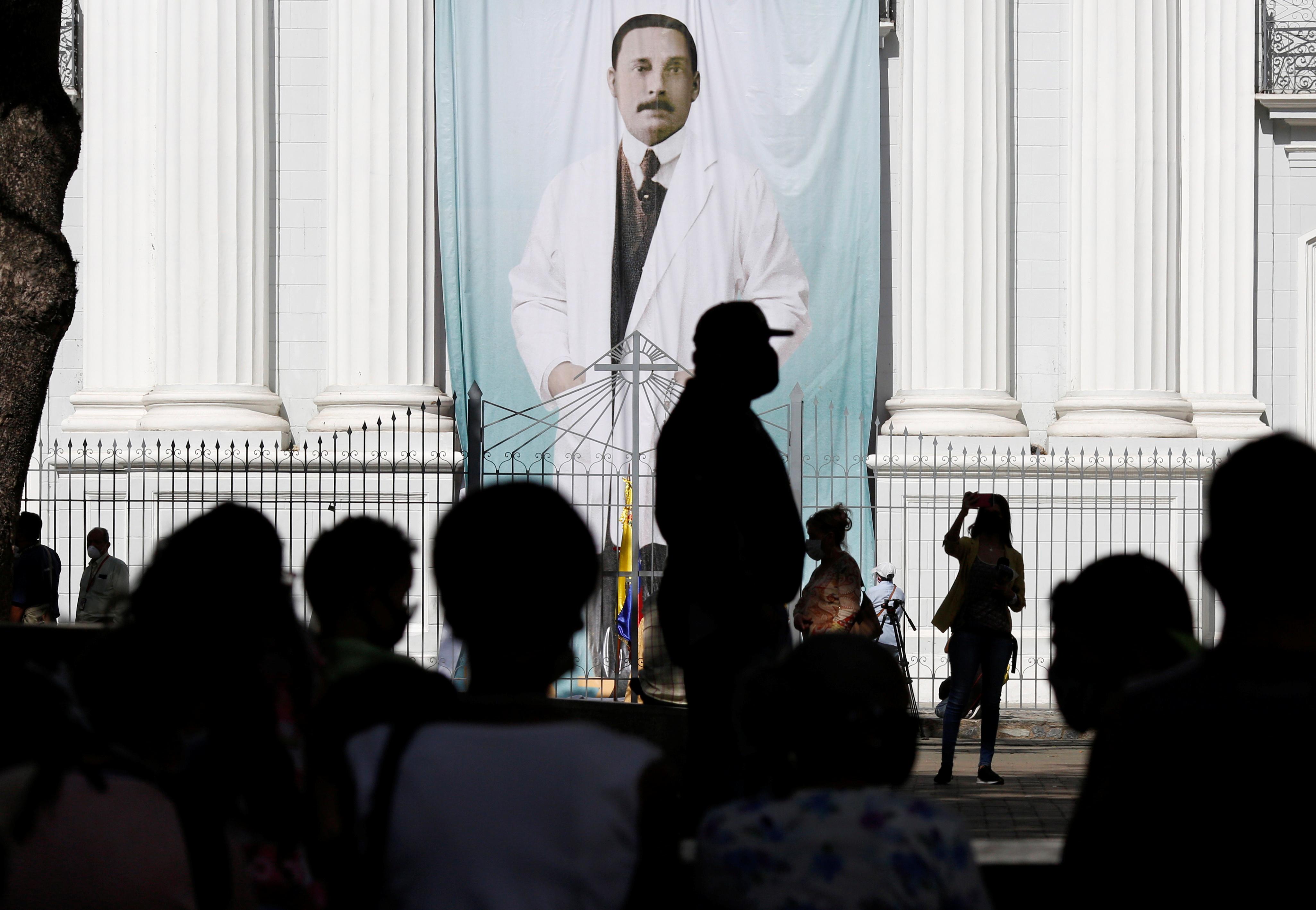 The announcement sparked celebrations outside the La Candelaria church in central Caracas, which holds the remains of Jose Gregorio Hernandez. They came despite Porras’ call for the faithful to celebrate the news at home in the predominantly Roman Catholic country, to help avoid spreading the novel coronavirus.

Hernandez, born in the Andean state of Trujillo in 1864, was known as the “doctor of the poor” for his care of the needy in Caracas during the Spanish flu pandemic just over a century ago. He died in 1919 after being struck by a car.

In 2017, the Catholic church attributed a miracle to Hernandez for saving the life of a young girl, Yaxury Solorzano, who was shot in the head during a robbery attempt.

Doctors said Solorzano would be disabled if they managed to save her life, but she recovered and was able to walk just weeks after leaving the hospital, according to church records. They state that Solorzano’s mother had prayed to Hernandez for her salvation.

Murals of the mustachioed doctor line the walls of La Pastora, the working-class neighborhood of Caracas where Hernandez died.

“In the middle the COVID-19 pandemic affecting the world, in the middle of this terrible crisis that our fatherland is living through, today we receive a balm from this person who unites us,” Porras said in a news conference.

He said Pope Francis had ordered the beatification.

Venezuela is suffering a six-year economic collapse marked by hyperinflation and chronic shortages of basic goods. It ranks among the most crime-stricken countries in the world.

“I pray to him for an exit to this coronavirus that has Venezuela worried, for peace, and that we all stay healthy,” said Jose Gregorio Cairo, a 59-year-old La Pastora resident named after the newly-beatified doctor.