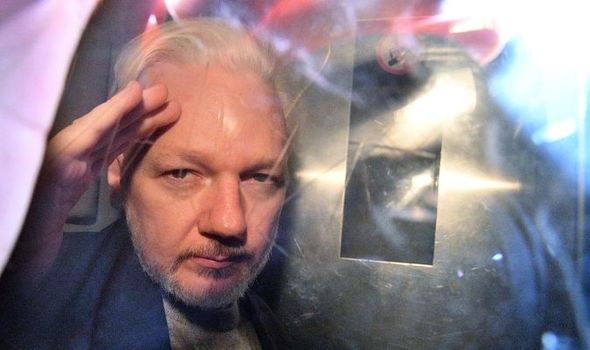 The WikiLeaks founder, 50, is accused of offences over the release of information relating to the Iraq and Afghanistan wars and leaks of details of detainees at notorious Guantanamo Bay prison camp.

The court accepted US assurances that Assange, 50, would not face the most severe restrictions in a high-security prison either before or after the trial.

His case will now be sent to Home Secretary Priti Patel, who will make the final decision on his extradition.

Assange’s fiancee Stella Moris said he will appeal the decision in the Supreme Court.

But judges there will only consider the case if they believe there has been a mistake on a specific area of law, it was said.

Standing outside the High Court with Assange supporters, Ms Moris said: “For the past two years, Julian has remained in Belmarsh Prison and, in fact, he has been detained since December 2010 in one form or another. How long can this go on? How can these courts approve an extradition request under these conditions? How can they accept an extradition to the country that plotted to kill Julian? This goes to the fundamentals of press freedom and democracy.

“We will fight. Every generation has an epic fight to fight and this is ours, because Julian represents the fundamentals of what it means to live in a free society. Julian represents all our liberties and all our rights.”

Assange could be jailed for up to 175 years if convicted over the publishing of around 250,000 cables relating to the US military and foreign policy. However, US prosecutors have indicated they would ask for a four to six-year term and said this could be served in his native Australia.

A district judge ruled earlier this year Assange should not be extradited as he would face an “oppressive” risk of suicide if held in a US high-security prison while awaiting trial. But Lord Chief Justice Lord Burnett and Lord Justice Holroyde yesterday ruled in favour of the US, adding: “That risk is, in our judgment, excluded by the assurances which are offered.”

Assange was jailed for 50 weeks in May 2019 for breaching his bail conditions after going into hiding in the Ecuadorian embassy in London. He sought refuge in the embassy for seven years from 2012.