As US and Russia compete within UN on backing opposing factions, another colonel shifts side in support of Guaido. 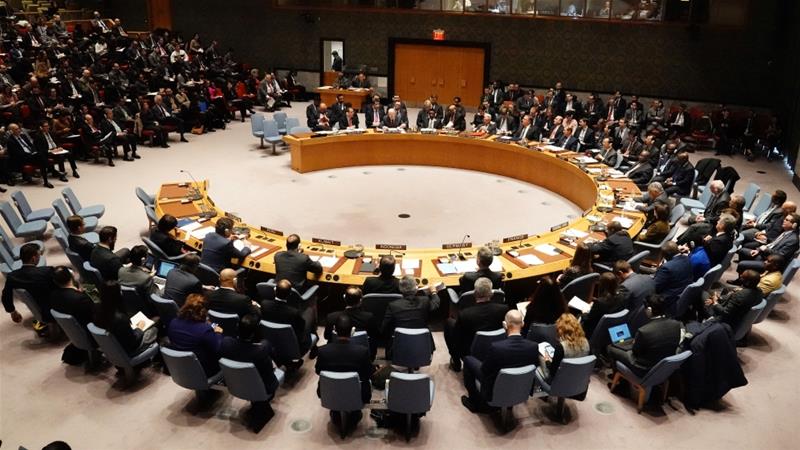 The United States has presented a draft resolution on Venezuela to the United Nations Security Council, triggering a Russian counterproposal.

The US draft resolution calls for international aid deliveries and presidential elections in Venezuela while stressing “deep concern with the violence and excessive use of force by Venezuelan security forces against unarmed, peaceful protesters”.

The US expresses “full support for the National Assembly as the only democratically elected institution in Venezuela”, said a copy of the text obtained by AFP news agency.

In response, Moscow came up with an alternative resolution, expressing its concern for Venezuela’s territorial integrity and political independence.

The Russian draft criticises any “attempts to intervene in matters which are essentially within the domestic jurisdiction of Venezuela”.

The US is sponsoring a campaign for international recognition of Venezuelan opposition leader and head of the country’s elected legislative body Juan Guaido over President Nicolas Maduro.

Last month, Guaido declared himself the interim head of state.

While no date has yet been set for a vote on the American draft, negotiations are ongoing.

Showing its support for President Maduro’s regime, Russia will likely use its veto power to block the US resolution, according to diplomats.

Meanwhile, Colonel Ruben Paz Jimenez, deputy of the Directorate of the Military Hospital in Maracaibo, announced his support for Guaido.

In a video shared on social media on Sunday, the military leader said “90 percent” of his colleagues in the armed forces are unhappy and urged fellow troops to allow humanitarian aid into Venezuela.

Humanitarian aid sent by the US recently arrived in the Colombian city of Cucuta on the border with Venezuela.

“Venezuela is not suffering the humanitarian crisis fabricated by Washington over the last four years to justify intervening in our country.”

He blamed the shortage of food and medicine on US sanctions, which mostly target regime individuals as well as state oil company PDVSA.

“Liberate the money that has been blocked and sequestered,” said Maduro. “This is a macabre game. We squeeze them by the neck and make them ask for crumbs.”

He said the aid offer was “a message of humiliation for the people”.

On Friday, Guaido said he was ready to take any necessary measures, including authorising a US military intervention, to force Maduro from power and alleviate the humanitarian crisis. 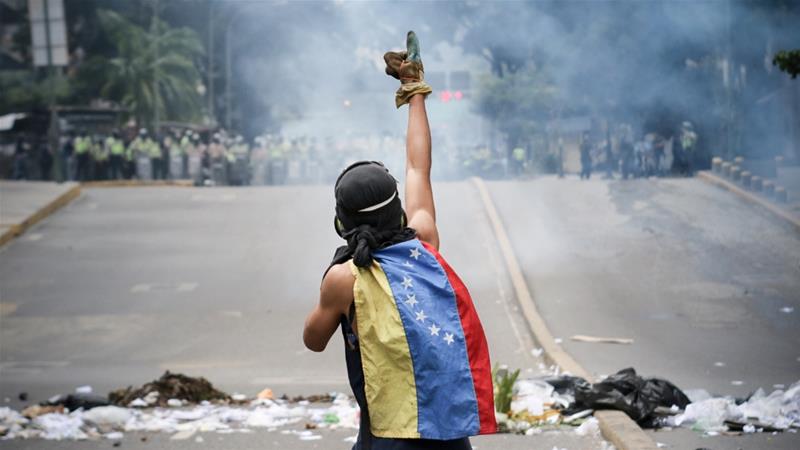 The Battle for Venezuela