The US presidential election will take place on November 3 this year, in less than three short months. But incumbent Donald Trump’s official opposition is just now forming, with presumptive nominees Joe Biden and his VP pick Kamala Harris on the verge of formal nomination. Their partnership has already gathered significant steam, with Mr Trump under fire for his treatment of multiple crises this year.

The only way for people to predict a possible election outcome is via polling.

Various companies take charge on this front, producing results from thousands of people selected as representative of the US population.

They define voter intention, predicting the outcome based on how people state they will vote right now. 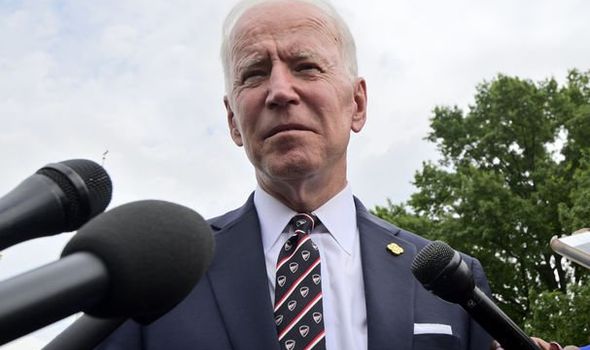 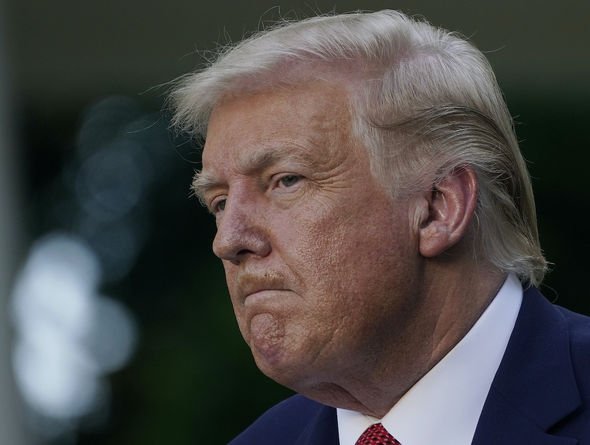 Trusted poll aggregator FiveThirtyEight currently has Mr Biden in the lead, based on an average taken from hundreds of different pollsters.

Their analysis suggests Mr Biden has taken the lead by nearly 10 points, at 51.1 percent of the vote to 42.6 percent in Mr Trump’s favour.

The outcome will come as good news for any Biden supporters, as he rides the wave of the incumbent President Trump’s perceived inadequacy in the role.

But he ascended to the Oval Office on the back of a tidal wave of polls suggesting his opponent Hillary Clinton was in the lead. 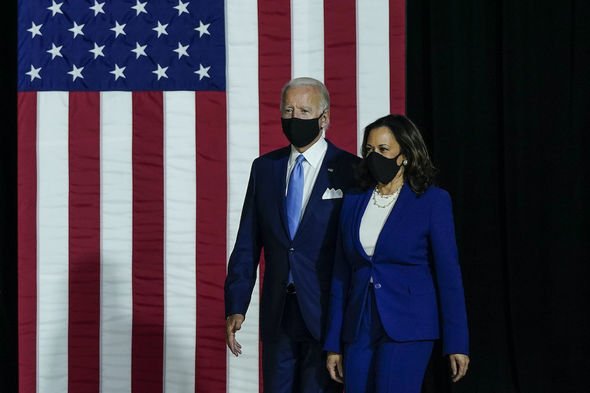 The upset has ultimately shaken trust in polling, and experts have put the disparity between prediction and outcome down to various reasons.

Amongst them are voter complacency, a last-second surge in turnout, and the variability in poll quality.

As such, they remain subject to a raft of constraints, and people should take them with a grain of salt.

No average person can truly claim the outright result of the election before the results come in, but they can make an informed guess. 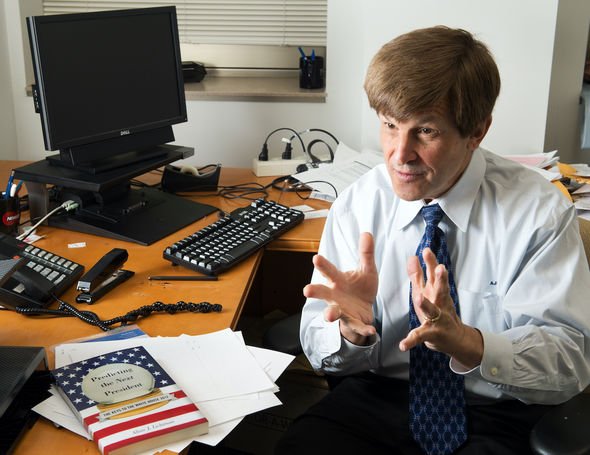 One man has successfully forecasted the winning candidate for more than three decades, however.

Allan Lichtman, a history professor at the American University in Washington DC has accurately predicted the outcome of every election since 1984.

His “13 keys” system incorporates a selection of factors known to impact voter intention, including the economy, incumbency and social unrest.

Speaking to CNN, he concluded President Trump would fail to secure a second term this year.

He said: “The keys predict that Donald Trump will lose the White House this year.”

Professor Lichtman added: “The secret is keeping your eye on the big picture of incumbent strength and performance.

“And don’t pay any attention to the polls, the pundits, the day-to-day ups and downs of the campaign.

“And that’s what the keys gauge. The big picture.”

Professor Lichtman explained his system stretches back centuries and would incorporate “enormous changes” such as the COVID-19 pandemic.

He said: “Look, retrospectively and prospectively, the keys go all the way back to 1860.

“They are what we call a robust system. So, I don’t fiddle with them.

“They’ve lasted through enormous changes in our politics, in our economy, in our democracy. Don’t fiddle with the keys.”