A heavy police presence is expected in downtown Chicago until further notice after looting and firing at officers. 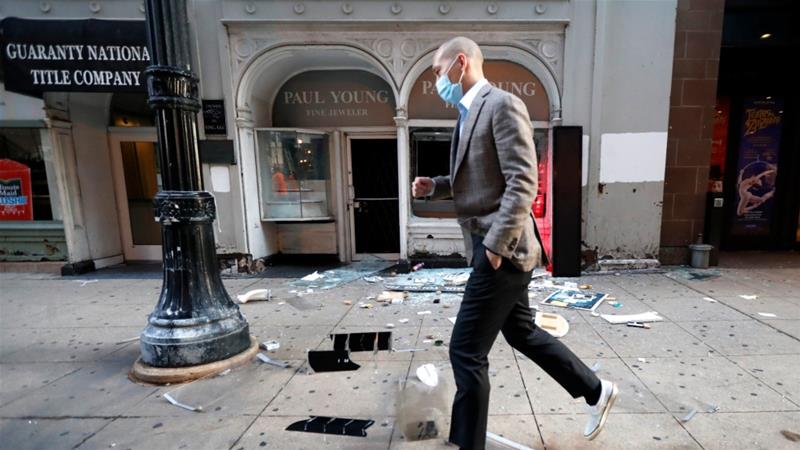 More than 100 people were arrested on Monday following a night of looting and unrest in the US Midwestern city Chicago that left 13 officers injured and caused damage in the city’s upscale Magnificent Mile shopping district and other parts of the city, authorities said.

The looting followed demonstrations that began after police shot a man who allegedly fired at officers the previous day in the city’s Englewood neighbourhood.

Police Superintendent David Brown said the unrest “was not an organised protest” but “an incident of pure criminality”.

At one point early on Monday, shots were fired at police and officers returned fire. Brown said a heavy police presence is expected in the downtown area until further notice.

“This was straight up, felony criminal conduct,” said Chicago Mayor Lori Lightfoot. “This was an assault on our city.”

Those arrested were expected to face charges including looting, disorderly conduct, battery against police. Lightfoot said the city has activated a neighbourhood protection programme that will be in place “for foreseeable days until we know our neighbourhoods are safe”.

There was a large police presence on Monday morning outside an Apple store located north of Chicago’s downtown area. Blocks away, debris was strewn in parking lots in front of a Best Buy and a large liquor store.

Train and bus service into downtown was temporarily suspended at the request of public safety officials, the Chicago Transit Authority said on Twitter.

Bridges over the Chicago River were lifted, preventing travel to and from the downtown area, and Illinois State Police blocked some expressway ramps into downtown. Access was being restored later Monday morning.

Chicago and its suburbs, like many other cities, saw unrest following the death of Floyd. Chicago’s central business district and its commercial areas were shut down for several days after violence erupted and stores were damaged in the wake of marches protesting against Floyd’s custodial death. 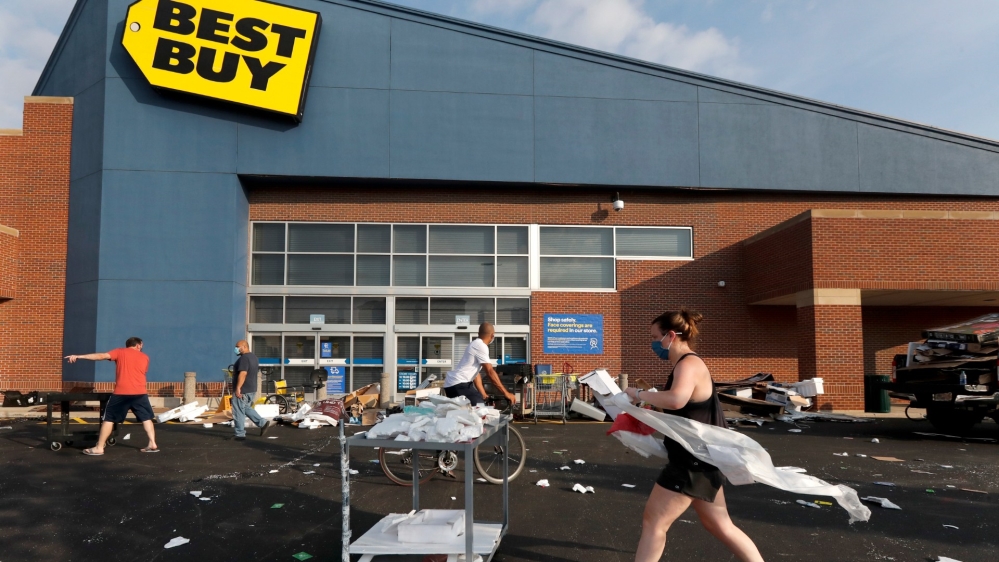 Floyd, a Black man who was handcuffed, died after a white officer pressed his knee against Floyd’s neck for nearly nine minutes as Floyd said he couldn’t breathe.

In the Sunday shooting in Englewood, police said in a statement that they responded about 2:30pm (18:00 GMT) on Sunday to a call about a person with a gun and tried to confront someone matching his description in an alley. He fled from officers on foot and shot at officers, police said.

More than an hour after the shooting, police and witnesses said a crowd faced off with police after someone reportedly told people that police had shot and wounded a child. That crowd eventually dispersed.

Related posts:
Hot News
Trump faces ‘worst day of his life’ as US President prepares to leave with parting threat
Fears of OPEN WAR as American B-52 nuclear bombers launched in warning to Iran
Inside NZ’s tallest apartment tower: The Pacifica
Boris Johnson narrowly wins bid to scrap anti-genocide measure from trade bill despite Tory rebellion
Currency hit to North American companies dropped in third quarter: Kyriba
Recent Posts
This website uses cookies to improve your user experience and to provide you with advertisements that are relevant to your interests. By continuing to browse the site you are agreeing to our use of cookies.Ok