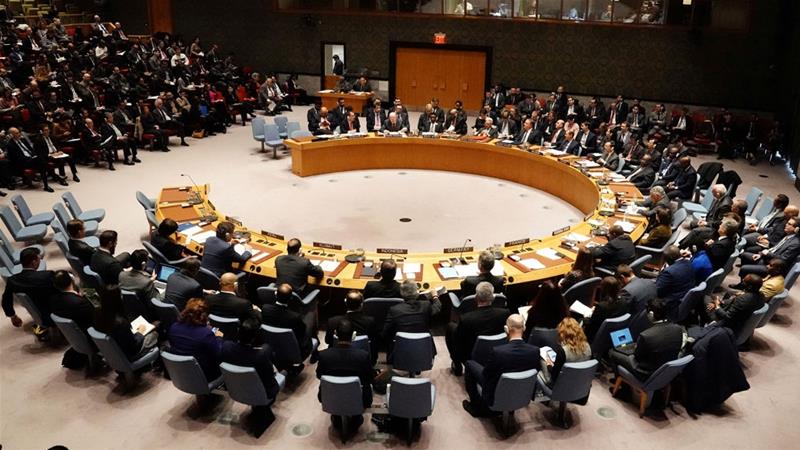 The United States has blocked a proposed United Nations Security Council statement that expressed regret at Israel’s decision to eject an international observer mission in the occupied West Bank city of Hebron.

Israeli Prime Minister Benjamin Netanyahu said last week he would not renew the mandate of the Temporary International Presence in Hebron (TIPH), accusing the observers of unspecified anti-Israel activity.

Kuwait and Indonesia circulated the draft statement following a closed-door meeting during which many countries expressed concern about the Israeli move.

The proposed statement was to express the UNSC’s “regret” about Israel’s “unilateral decision” and call for “calm and restraint” in Hebron.

It stressed “the importance of the mandate of the TIPH and its efforts to foster calm in a highly sensitive area and fragile situation on the ground, which risks further deterioration, as reflected in the escalating cycle of violence”.

The text warned Israel that it has an obligation under international law “to protect the Palestinian civilian population in Hebron” as well as the rest of the occupied territories.

The US, which has long accused the UN of anti-Israel bias and shields its ally from the council’s action, moved quickly on Wednesday to block the proposed response.

Kuwaiti Ambassador Mansour al-Otaibi said the council would discuss a proposed visit to the Israeli occupied territories for a close-up look at the situation on the ground.

The Hebron mission is tasked with promoting a sense of security for Palestinians in Hebron, the largest city in the occupied West Bank.

The 64-member team of unarmed observers was established in Hebron following a massacre of Palestinians in 1994 by an Israeli gunman.

At least 600 Jewish settlers live under heavy military guard in the city, which is home to around 200,000 Palestinians.

Israeli settlements are considered illegal under international law and a major obstacle to peace, as they are built on land the Palestinians see as part of their future state.