The European Union must be stopped from becoming an all-powerful bloc with no questions asked of it, Express.co.uk has been told. It comes as Brussels appeared to make yet another attempt to thwart the UK’s successful coronavirus vaccination programme. European Council President Charles Michel this week claimed the UK had imposed an “outright ban” on vaccines and components travelling to the continent from Britain.

Foreign Secretary Dominic Raab immediately said Mr Michel had published false information, with representatives from both sides having been summoned to meet to rectify the claim.

This is just a month after European Commission President Ursula von der Leyen threatened UK vaccine supplies travelling from the continent, and moved to trigger Article 16 of the Brexit deal, which would have erected a hard border on the island of Ireland, before backing down.

Now, in his first interview with a British or European media outlet as leader of the separatist Parti Québécois in Canada, Paul St-Pierre Plamondon told Express.co.uk that questions must be asked of the overarching power the EU holds over countries at a national level.

Mr St-Pierre Plamondon said there was a need for nations to shake-off the “standardised” culture that has befallen the world through decades of globalisation. 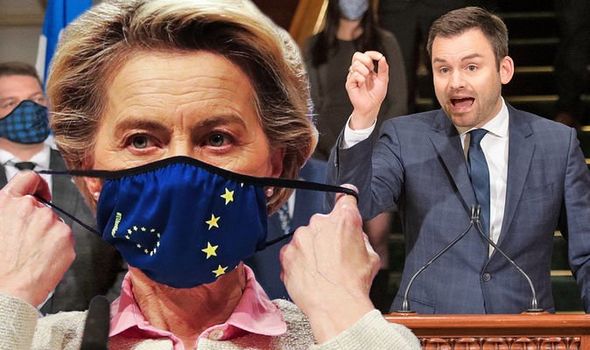 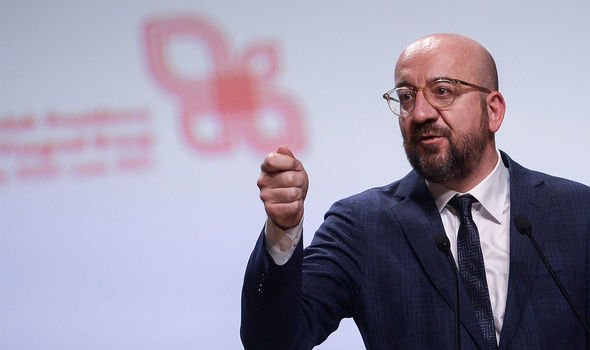 When asked whether he believed the EU hindered this process, he said: “Although I lived in Europe for several years – in Denmark, Sweden, England, Belgium, of course I know France – for the past decade I’ve really been here so it’s always tricky to have a judgement on a thing I didn’t evaluate thoroughly.

“What I can say safely about the EU is that there are many questions to be asked about conflicts of interest, financial decisions that are not aligned with the democratic will of the people, and the deposition of democratic power from people.

“I’m pretty convinced that European collaboration is necessary, but the way the EU has behaved on certain topics makes me think that there’s a legitimate questioning of the level of power at a national level.

“I think that conversation happens everywhere; the Scandinavians will tell you they were pushed towards the EU on the basis of a principle that a superpower that is very far from the electorate would be the most effective form of political power, that it would work in the interests of the people.

“But, I think those assumptions are being questioned right now.

“And it doesn’t mean the EU has no value, but I think everywhere I feel that there’s a legitimate questioning about populations deciding for themselves, preventing conflicts of interest, preventing financial scandals.”

JUST IN: France ‘playing with fire’ after frigate docks in South China Sea 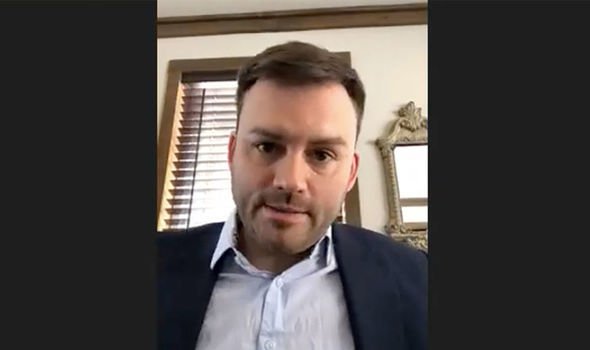 Ultimately, for Mr St-Pierre Plamondon, the best way is for countries to govern themselves at a close proximity, adding: “The more the power is close to the people, I think the more overview, the more counterbalance there is.

“The more the power is very far away, the more the structure is extremely big, involving billions of dollars, then the less counterbalance, I’m afraid.”

His concerns echo much of the Brexit debate argued by the “Leave” camp – that the UK is better off governing its laws itself and within its borders, rather than from Brussels.

Many before Mr St-Pierre Plamondon have commented on the EU’s set-up and how it might hinder the sovereignty of countries and their decision-making processes.

The renowned British historian Robert Tombs told Express.co.uk that the European Parliament has “no accountability” and does not operate democratically.

Instead, he said, it was more akin to a vast “bureaucracy” that “governs in secret”. 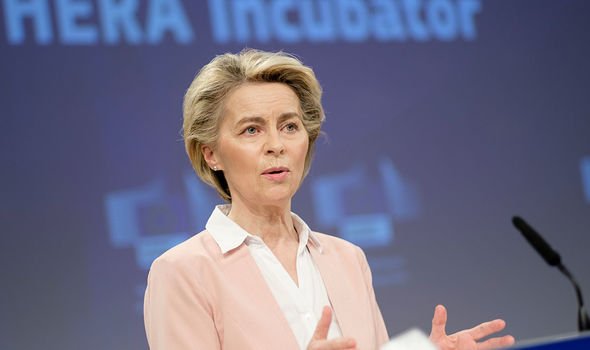 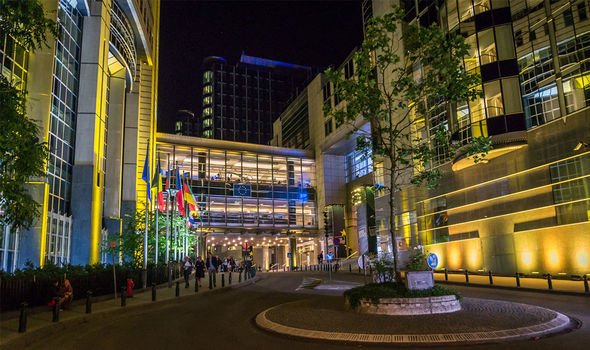 Professor Tombs explained: “We don’t know if the EU can progress, and I can’t see, and don’t know, that anybody has a blueprint for how it can become more acceptable to its peoples.

“The way it’s governed is in a sense is governed in secret, by politicians from all the different countries coming together and meeting in secret and coming up with decisions in secret, which is not democracy.

“With democracy, you have to know what’s being done and who’s doing it and who’s responsible for it.

“The EU is the opposite of that.”

Elections to the EU Parliament take place every five years in what is considered the second-largest democratic ballot in the world.

Yet, Prof Tombs argued: “The parliament is essentially a facade: It doesn’t sign things or choose who governs Europe. 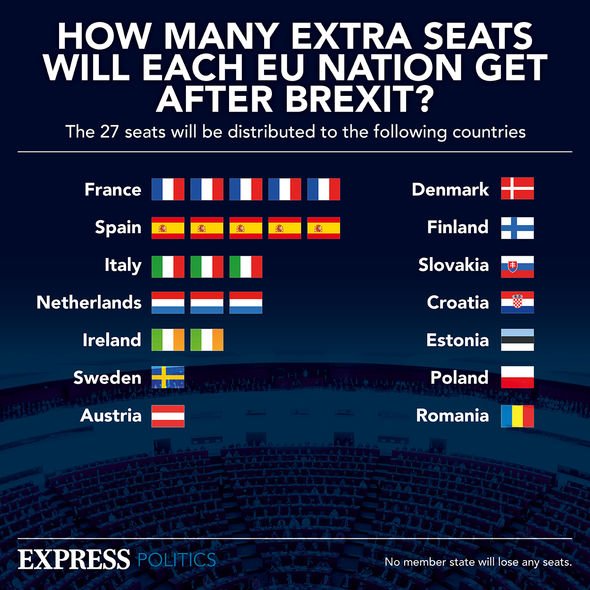 Top European politicians have themselves expressed exasperation with this so-called bureaucracy.

While the EU now appears to have left the starting blocks, in January, the picture was completely different.

At the time, Mr Söder said: “It is difficult to explain that a very good vaccine is developed in Germany but is vaccinated more quickly elsewhere.” 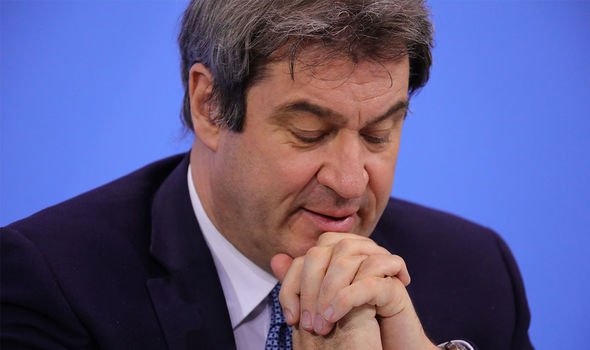 Mr Söder, while talking about the bloc’s rollout of the vaccine, said: “The time factor is crucial.

“If Israel, the US or the UK are far ahead of us in vaccination, they will also benefit economically.