Before Russia invaded, the region of Kherson in the south of Ukraine was known for its delicious watermelons and natural beauty. Today, it is a place of violence as Ukraine attempts to retake its land from occupying Russian forces.

The city of Kherson had a population of about 290,000 before the war, but many have tried to escape since Russian soldiers captured it in March. One of those was Maria, whose name has been changed for her safety, a refugee who escaped Kherson, leaving her elderly parents behind. 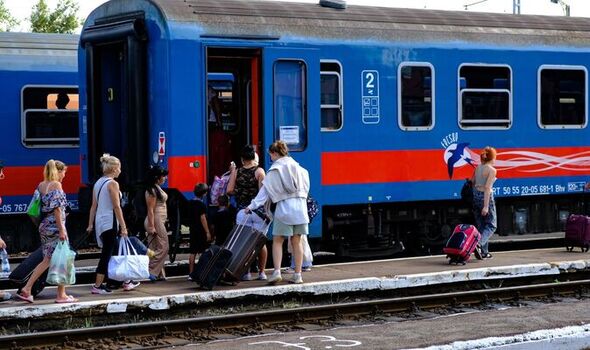 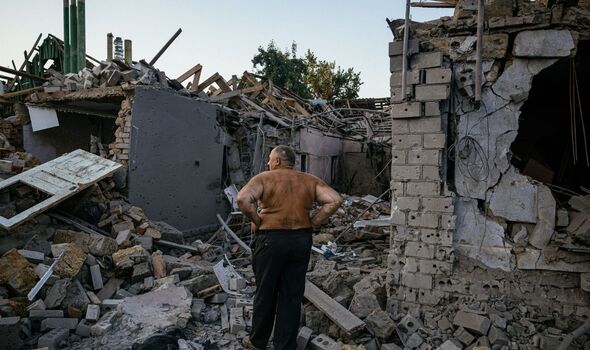 The 42-year-old was fortunate to have a friend in the UK, Joanne Cullen, 46, who supported her during the ordeal. But she suffered unimaginable horrors during the occupation and saw first-hand how brutal Russian soldiers would treat ordinary Ukrainians.

She told Express.co.uk: “It was very scary. Every day, the Russian soldiers would come to people’s houses and check for weapons, all paperwork, and our mobile phones.

“I had to be careful to delete any messages between Jo and myself in case I was caught. Sometimes they would drag people from their houses and either shoot them in the street or they would disappear.

“They forced me to work in the fields. They wouldn’t allow the humanitarian aid through, so there was very little food and medicine.”

Reports soon came out from all areas of occupied Ukraine of the mistreatment of civilians and prisoners of war, including the use of torture and execution. 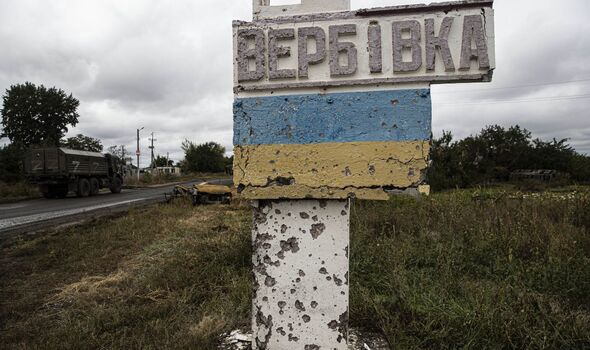 While being forced into work in Kherson’s fields, Maria suffered a head injury, and was hospitalised. The lack of medicine and aid led to her condition rapidly deteriorating, and eventually, doctors had to perform life-saving surgery under challenging conditions to save her life.

Maria survived, and then made the decision to take herself and her 16-year-old son away from the occupied city. Jo stepped in to help, and after leaving Kherson Maria was offered refuge in the UK under the Homes for Ukraine scheme.

Maria said: “I had an accident and ended up in hospital with a subdural hematoma and couldn’t travel for a very long time. Jo was very kind and sent money for us to be able to eat.

“Leaving was a difficult decision to make as I had to leave my elderly parents behind as my dad built the house himself and refused to leave and my mother was sick. I know that I will probably never see her again.

“The stress was unimaginable and it really affected my son too. We are very grateful to Jo for being there for us and not abandoning us.” 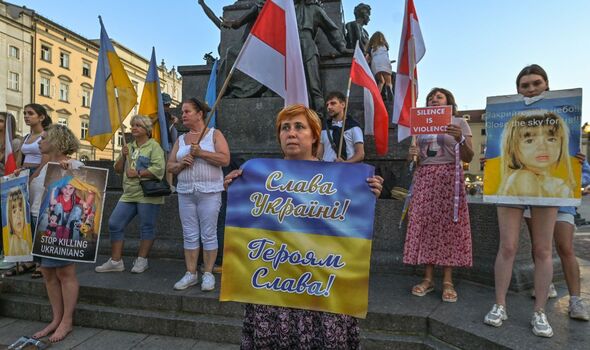 Last week, the Ukrainian army liberated swathes of territory in the Kharkiv region in the east, and there are hopes that a similar victory could be won in Kherson. President Volodymyr Zelensky said on Sunday that all of Ukraine believes in the total liberation of its land.

Maria has been following the situation in Kherson and eagerly hoping for more good news, so that she can soon return to the city and rejoin her family. She said: “I would love to return to Ukraine once the war is over. The UK is very kind and welcoming but Ukraine is my country so I do hope to return.”

She is now part of a group of thousands of Ukrainians who call the UK home after fleeing from the Russian army.

If successful, Ukraine’s attack on Russian positions in Kherson may give Maria the chance to see her parents again and rebuild her life as it was before the war.