Around 45,700 Russian soldiers have been killed in the conflict, the Ukrainian military has said in its latest regular update. The Kremlin has only officially acknowledged 1,351 Russian deaths on the battlefield in its most recent update from March. However, as many as 70 or 80,000 Russian military personnel may have been killed so far, a spokesperson for the US Department of Defense said on August 8. As the death toll continues to rise, Putin “cannot survive” the Russian public’s growing anger over the casualties, according to a leading military expert.

Dr John Callahan, a former diplomat and State Department spokesperson, has been analysing the war in Ukraine, and the potential for Russia to send more men into battle after it kickstarted a new army recruitment drive this week.

Speaking to Express.co.uk, he said: “If you do a mass mobilisation, then you can p**s off the masses.

“Putin cannot survive that, or at least we do not think he can.”

Dr Callahan, who now works as a military adviser and a dean at New England College, also highlighted the economic implications of suddenly sending huge numbers of Russians into Ukraine to make up for the tens of thousands of men killed.

The expert explained: “If you do a mass mobilisation, where do those guys come from? 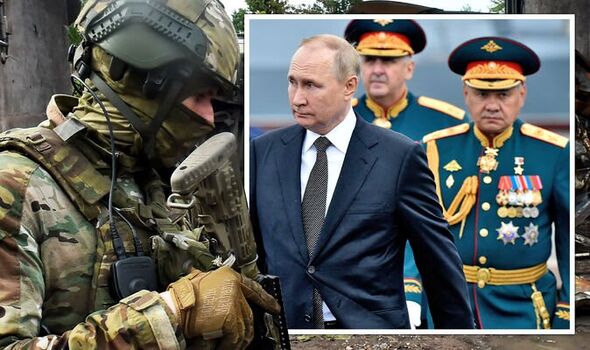 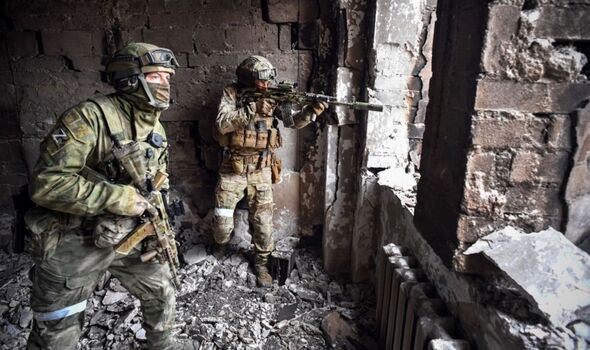 “So, your economy goes even more in the toilet, and it becomes a self-licking ice cream cone of failure.”

Dr Callahan’s insight into Russia’s manpower deficit, comes as the Kremlin is trying to recruit new soldiers to fight in what Putin calls the “special operation” in Ukraine.

As the losses on the battlefield take their toll, Moscow has introduced a new maximum age limit so men aged 18 to 60 years old can now sign up.

The BBC reported this week Russia’s new push to sign up recruits has seen the military offer hopeful soldiers monthly salaries of £4,700, as well as plots of land and places for their children at top Russian schools. 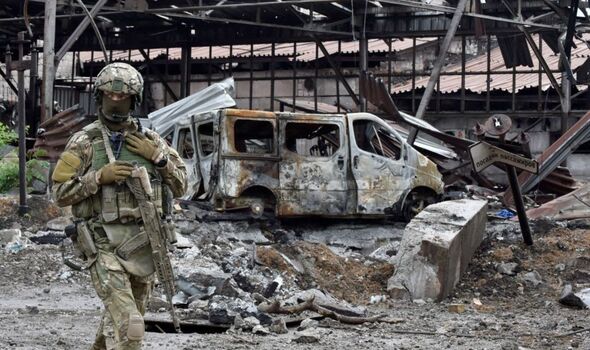 Meanwhile the recruitment drive has also reportedly been expanded to Russian prisons, where inmates are promised freedom and cash if they fight in Ukraine.

The BBC spoke to the mother of a 24-year-old soldier, Yevgeny Chubarina, who was given a gun, sent to the frontline and killed within days.

Nina Chubarina, who lives in a village in Karelia in northern Russia, criticised the way Russia recruited her son and other young men for the war in Ukraine.

“They just send them in like dumb little chickens! They’d hardly even held a gun before.

DON’T MISS:
South China Sea on brink of war as Xi ‘to act’ if Russia ‘pulls off Ukraine victory’ [LATEST]
Poll result: Is Britain a nation of slackers? – YOUR VERDICT [INSIGHT]
Ukraine nuclear terror as Zaporizhzhia disaster would be ’10x bigger than Chernobyl’ [ANALYSIS] 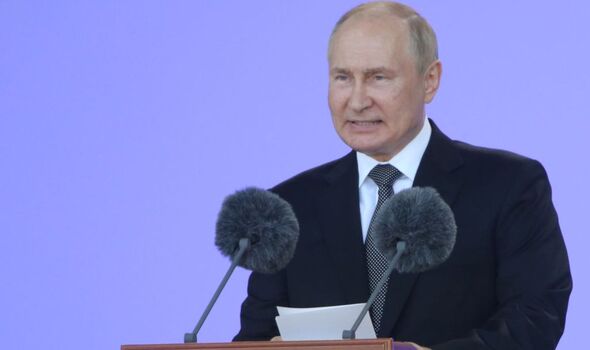 “They’re cannon fodder. The generals think, ‘We’ve got a volunteer: great, in you go!'”

However, Yevgeny is far from the only inexperienced young Russian sent to the frontline in Ukraine.

In one instance, some 600 new recruits were illegally sent into battle, the Russian military prosecutor admitted in June.

Hundreds of conscripts have been sent to fight in the war, despite Putin previously saying that only experienced soldiers would be deployed.

Dr Callahan compared Putin’s response to Russia’s losses in Ukraine to the hasty recruitment drive during Russia’s Second Chechen War between 1999 and 2009. 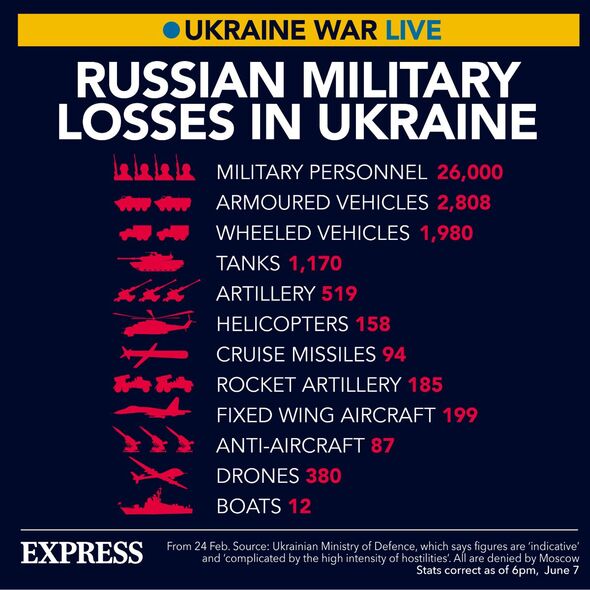 He told Express.co.uk “For the moment, the casualties have been at a level where the only people who are publicly angry about it are the mothers.

“But in the Chechen war, they did a mass mobilisation, and they were literally taking people off the streets.

“And so, they got angry. There were protests of mothers, who were saying, ‘Where is my son, who is conscripted in this war that I don’t know anything about? He’s dying and what for?’

“It was a serious thing. Now, Putin does not want that to happen again.”