Director of International Security Studies at the Royal United Services Institute (RUSI) Neil Melvin argued that it would be “inaccurate to describe the relationship between China and Russia as an alliance” but rather as a relationship sealed by a “coincidence of interests”. Speaking in an interview with Express.co.uk, Mr Melvin said that the Ukraine war has brought to light “very clear limits” on the relationship that the two countries had self-defined as being “without limits”. He argued China has been “maintaining a rhetorical support” but “it hasn’t come to the rescue of Russia at all”.

Mr Melvin told Express.co.uk: “Ahead of the war there was this sort of very broadly publicised summit between the Chinese leader and the Russian leader and they announced that they had a ‘relationship without limits’.

“But, actually, the war has highlighted that there are serious limits and certainly it would be inaccurate to describe their relationship as an alliance.”

He argued: “They have a coincidence of interests in some areas, and these aren’t just about pushing back against the West, but it’s also about maintaining a peaceful border between Russia and China which in the past has been a source of conflict.

“So it’s not just about the United States, and what’s been going on but actually what we’ve seen is China has been rather a weak supporter of Russia.” 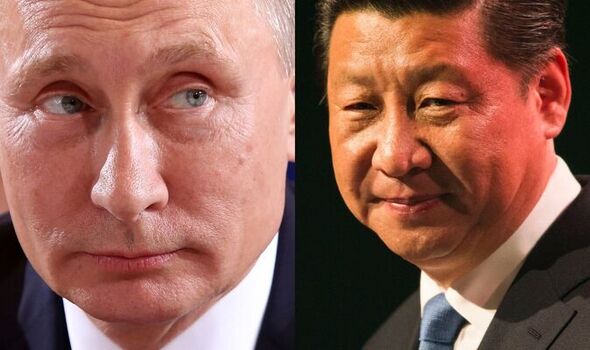 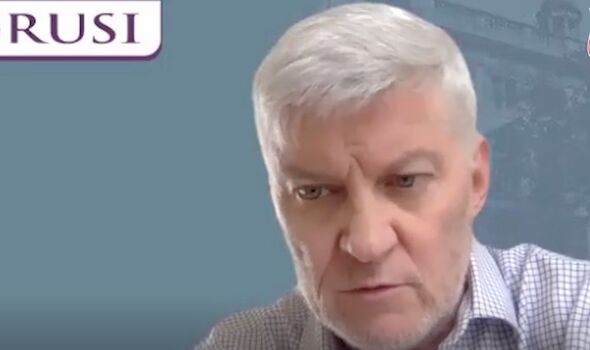 Referring to the support that China has provided to Russia, he added: “It’s been maintaining rhetorical support and it has given some economical assistance but actually it hasn’t come to the rescue of Russia at all.

“It’s certainly not providing Russia significant weapons or major financial assistance and even Chinese companies are quite limited in what they are doing to avoid sanctions.

“I think [the war] has actually shown that in fact this relationship really has very clear limits on it, rather than being an unlimited one”.

During a visit by Putin to China’s President Xi Jinping for the Winter Olympics held in Beijing before Russia’s decision to invade Ukraine, Russia, and China leaders issued a statement in which they defined their relationship as being with “no limits”.

The statement read: “Friendship between [Russia and China] has no limits, there are no ‘forbidden’ areas of cooperation”.

The statement was issued amid tensions over Ukraine, which Putin denied planning to invade.

Amid the western sanctions on Russia over the war in Ukraine, last June Russia became China’s biggest oil supplier.

Despite the financial support China offered by becoming one of Russia’s main oil buyers, China has never officially backed Russia over its decision to invade Ukraine. 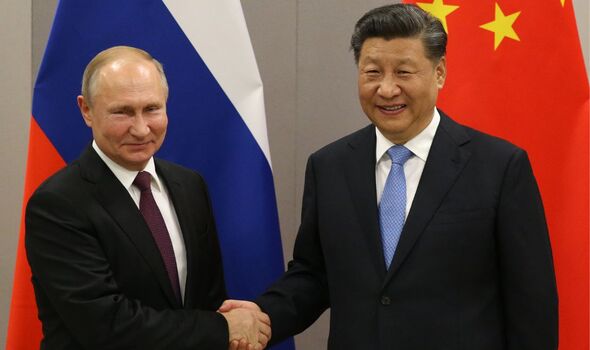 In a statement in relation to the Ukraine crisis, Chinese Defence Minister Wei Fenghe for instance said: “China has never provided any material support to Russia”.

Looking at China and Russia individually and in light of the latest developments concerning China-Taiwan tensions, Mr Melvin argued that the two counties pose “a different kind of threat in the long term” and it would be inappropriate to identify which of the two superpowers presents the biggest threat to the global economic and national security.

Referring to China, he argued: “China is emerging and has already emerged as a superpower increasingly with global reach.

“China is also able to shape development in the economy and technologically, which Russia is not able to do.

Referring to Russia, he said: “Russia, of course, has thousands of nuclear weapons so on a global scale it remains a major threat to peace and security because, unlike China, it could actually manage a massive nuclear strike if it chose to do that.”

“I think both countries are threats in different ways but if we look at our timescale, Russia is clearly an immediate threat because of what’s going on in Ukraine.

“In the longer term, it looks like that threat, apart from the nuclear side, will be greatly diminished because Russia will be significantly weakened military and economically as a result of this war.

“China will continue to grow and strengthen its ability in a comprehensive way across all different domains that I was talking about”.