Ukrainians across the world are today celebrating the 31st anniversary of Ukraine declaring independence from the Soviet Union. However, this year’s festivities will be unlike any other due to Russia’s ongoing war in Ukraine. Today marks six months since Russian President Vladimir Putin invaded Russia’s former Soviet neighbour. Against the backdrop of this milestone, Ukraine’s capital Kyiv has banned public independence celebrations this week due to fears Russia will step up its attacks.

Meanwhile, Ukraine’s President Volodymyr Zelensky has warned Putin may have something “particularly ugly” planned this week.

Last year, Putin falsely declared Ukrainians and Russians were “one people” and lamented the collapse of the Soviet Union – comments that were widely seen as a pretext to the current war.

But what led to Ukraine’s split from the disintegrating Soviet Union? Express.co.uk takes a look back at the events leading up to this historic moment.

Originating more than a thousand years ago, Ukraine has been controlled by Russia in various forms throughout its history.

JUST IN: Putin warned by former KGB spy that launching nuke will ‘be his death sentence’- EXCLUSIVE 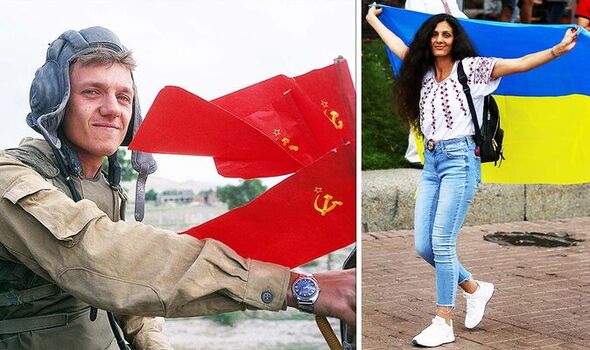 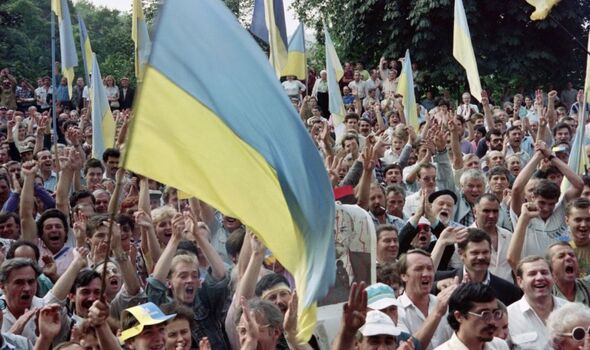 But Ukrainians declared their own state in 1918 as the Russian Empire collapsed due to revolutions the previous year.

The resultant state, the Ukrainian Socialist Soviet Republic, remained part of the USSR until August 24, 1991, when the Ukrainian Parliament pledged to separate from the Soviet bloc.

The Ukrainian independence movement grew alongside those of other Soviet states, following the appointment of Mikhail Gorbachev as Soviet leader in 1985.

His failed political and economic reforms played a major part in the collapse of the Soviet Union.

In the years that followed, nationalist sentiment continued to grow in Ukraine and the other republics as the USSR disintegrated. 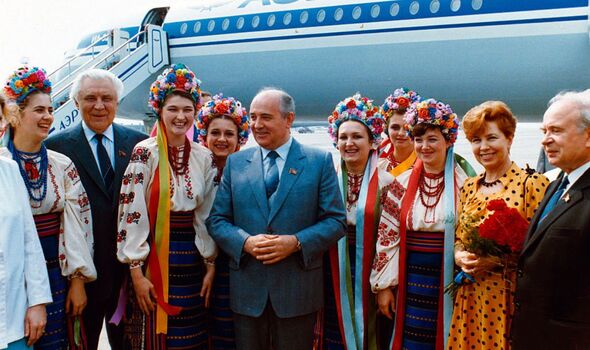 As well as Gorbachev coming to power, the Soviet–Afghan War of 1979-1989 was another major factor in the republics’ dissatisfaction with their Soviet leadership and the USSR’s eventual demise.

Anti-war demonstrations broke out in Ukraine and other states as Gorbachev lost his grip over the bloc’s media.

Public anger grew as the horrors of Soviet occupation of Afghanistan were laid bare, with many Soviet veterans laying the blame for the war with Moscow.

In 1984, Victor Boiko, the First Secretary of the Ukraine Communist Party warned against abandoning veterans in an interview with the Komsomolskaya Pravda newspaper, according to a 1999 article by Rafael Reuveny and Aseem Prakash.

A Lithuanian journal also noted: “Under oppression themselves, Ukrainians, Estonians, Latvians, and Lithuanians ‘were being forced’ to obey the brutal orders of the Russian officers and shed both their own and Afghan blood’.” 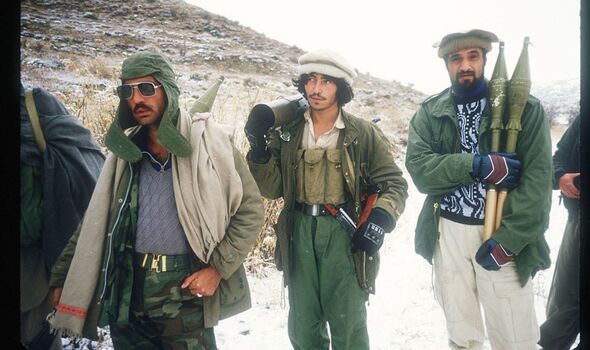 Further Ukrainian dissent against the Soviet war came in 1985 as the Chronicle of the Catholic Church of Ukraine said the conflict was unjust.

Catholic activists wrote to the defence minister, saying that “Ukrainians do not wish to fight, nor do they want this unjust war”.

On July 16, 1990, Ukraine’s parliament overwhelmingly adopted the Declaration of State Sovereignty of Ukraine.

This gave lawmakers extra powers, including having its own army and a national bank that could introduce its own currency.

The Soviet war in Afghanistan continued to fuel secessionist movements across the USSR, and in 1990, the Baltic states of Estonia, Latvia and Lithuania, declared their independence from the bloc. 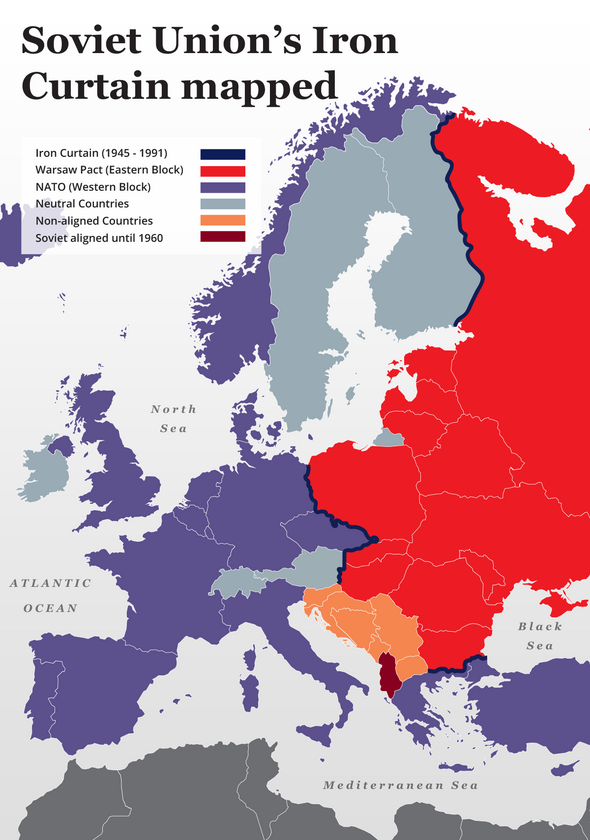 Dissent across the USSR spread and on August 19, 1991, Soviet leaders launched a failed coup to remove Gorbachev from power.

The declaration was approved months later on December 1 as 92 percent of Ukrainian voters backed independence in a referendum.

A few weeks later, on December 26, the Soviet Union was officially dissolved, and its republics gained their sovereignty.