The UK is likely to see plenty of snow, ice, rain and wind this weekend through to Monday as the Met Office has issued several severe yellow weather warnings. Flooding, travel disruption and power outages are possible as a result of the unsettled weather. But what exactly do the latest weekend weather warnings reveal?

The Met Office has issued six yellow weather warnings for miserable weather throughout the weekend.

Snow warnings are in place throughout the weekend and forecast maps reveal snow will hit Britain through next week.

Warnings for snow and ice are in force until 10am on Sunday in Central, Tayside and Fife, Grampian, Highlands and Eilean Siar and Strathclyde.

The Met Office warns that up to 10cm could hit areas above 300m, while around one to three cm is expected above 100 to 200m. 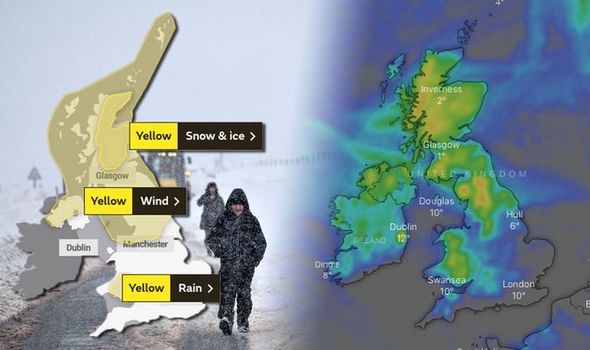 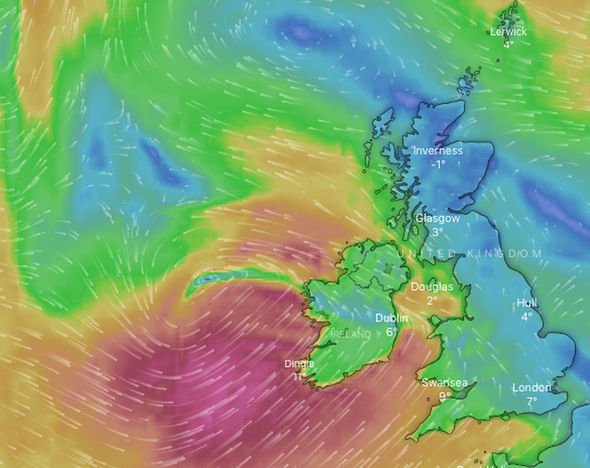 A further Met Office weather warning for strong winds is in effect to 10pm on Saturday.

The Met Office warns of strong gusty winds in association with showers which may bring some travel disruption.

The warning reads: “Some delays to road, rail, air and ferry transport are likely.

“Probably some bus and train services affected, with some journeys taking longer.

“Delays for high-sided vehicles on exposed routes and bridges likely.

“Some short term loss of power and other services is possible

The weather forecaster has advised parts of Scotland could see gusts up to 75mph, while other areas will see gusts of 50 to 60mph.

Specifically, the affected regions will be: 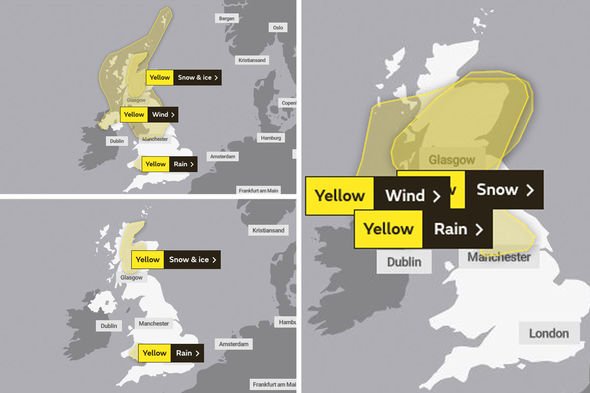 Another weather warning has been put into force by the Met Office for parts of Wales.

This yellow rain warning is in effect from 10pm on Saturday until 11am to Sunday.

The Met Office warns of a spell of persistent, sometimes heavy rainfall is expected during Sunday morning.

Flooding of homes and businesses is possible and bus and train service times could also be affected.

The affected areas are:

Specifically, these regions could an area of rain move from west to east across the south of the UK and prove to be especially persistent over mid and south Wales, areas which have already been inundated with heavy snow and are waterlogged.

Three more weather warnings for snow, wind and rain are in effect on Monday.

“Despite reports to the contrary, this system hasn’t been named, and there is no plan to do so currently, despite some speculation on social media.

“With further rain in the forecast over the coming days, additional rainfall could create further challenges as river catchments are more likely to respond to extra rainfall more quickly. 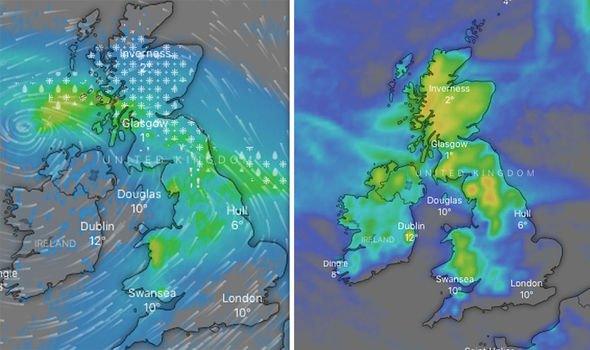 Cloud and spells of rain might spread northeastwards across much of the rest of the UK.

Heavy rain expected at times in parts of Wales and western England.

On Sunday, the day will begin with early cloud and outbreaks of rain gradually clearing southwards.

Brighter conditions and a few wintry showers should follow, after which showers mainly over northern and western Scotland will arrive.

Generally, the weather will be less windy than seen on Saturday.

There are more than 250 flood warnings and alerts currently in effect across the UK.

The Environment Agency has 76 flood warnings and 169 flood alerts in effect for England.

In Wales, there are now nine flood warnings and 18 flood alerts in force.

You can find out if flood warnings and alerts are in effect near you in England, Wales and Scotland here.