The UK can expect a bright start to the day before rain and wind sweeps in as a thick cloud of fog creeps over Britain. Temperatures will remain in the mid-teens bringing a chilly start to Autumn.

Netweather forecaster, Terry Scholey, said: “Cloud in the South could spread as far north as Monmouth, the South Midlands and parts of East Anglia on Friday giving patchy rain.

“A few heavier bursts are possible before the weather begins to clear from the West through the afternoon.

“Scotland and Northern Ireland see further showers some heavy in the North and West, while remaining parts of the country apart from the odd shower in the West, see sunny spells.

“A chilly west wind remains blustery in the North so it won’t be particularly warm, with top temperatures only 13 to 15C in the North and 17 to 19C in the South.” 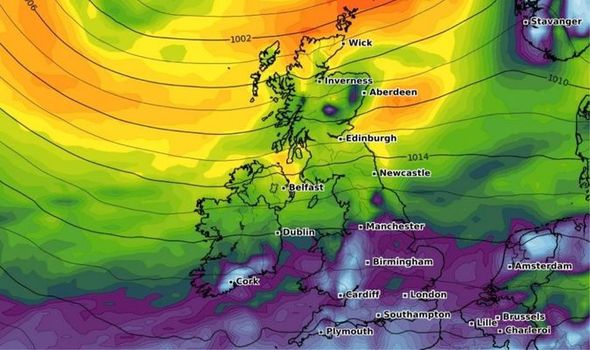 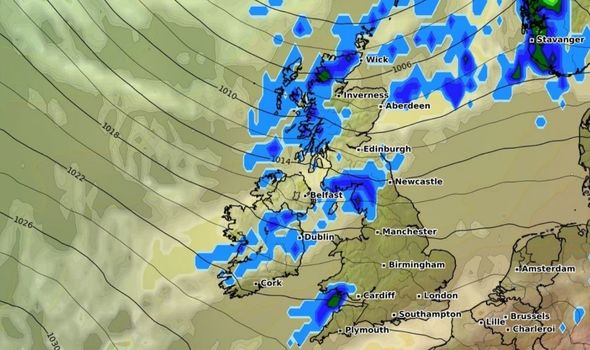 Southern areas in Britain will be hit by light winds leading to mist and fog.

The northern parts of the UK will experience strong winds, especially in coastal areas where gale force winds are expected.

Met Office Meteorologist, Aidan McGivern, said: “Light winds in the south will lead to some mist and fog patches.

“But further patches of rain or showers into western parts of England and Wales and more, especially northern and western Scotland and Northern Ireland where it will be breezy. 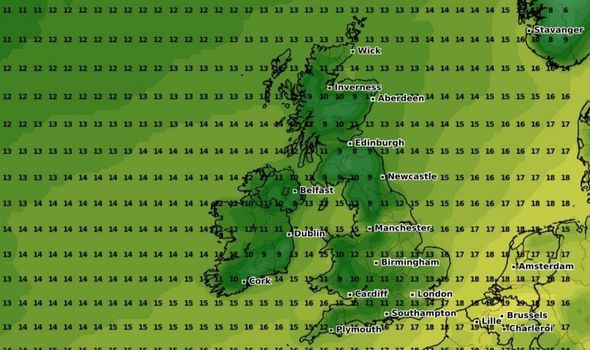 “Actually fairly windy in the north and the west exposed to coasts of northwest Scotland seeing gale force winds at times.”

Friday will start with bright and sunny weather which will quickly change dramatically.

Mr McGivern said: “But after a bight start it then turns cloudy.

“Layers of high and medium clouds sweep across the southern third of the UK. 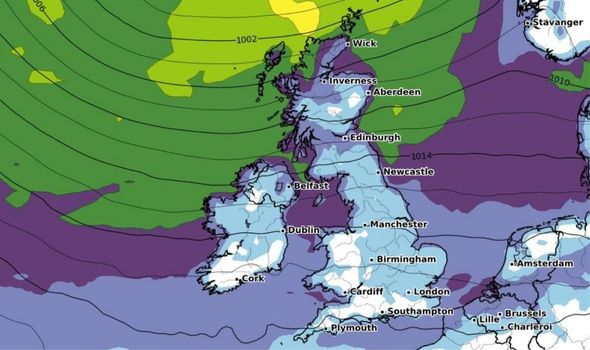 “By the end of the afternoon just the first signs of some rainfall appearing into the southwest as well as south Wales.”

As Friday draws to an end, blustery rain will continue over Scotland.

Mr Scholey said: “Blustery showers continue into the evening over Scotland, before becoming largely confined to the North and West after dark, when winds may decrease a little.

“Northern Ireland and the far North of England may also see a few evening showers, but these should fade to leave a dry night over much of England and Wales.”

Winds will be blustery over the North of Britain and will give gale force winds in some areas. 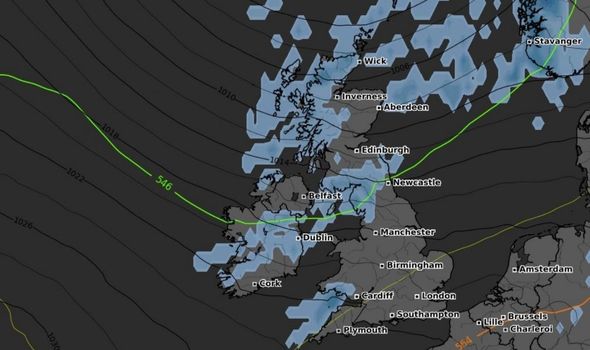 Gusts were expected to reach 45 to 50mph across the Northern Isles, Highland and over exposed western coasts and hills on Thursday, according to Mr Scholey.

A chilly breeze will drop temperatures to 7C overnight.

Mr Scholey said: “There’ll be clear spells, and with lighter westerly breezes. Here it could turn slightly chilly in some sheltered rural areas by dawn, when temperatures should be in the range 7 to 12C.

“By the start of Saturday there will be a return to clear weather at the beginning of the day before rain sweeps in again.

“Scotland, Northern Ireland and most of northern England will be covered by cloud and rain as the weekend begins.”