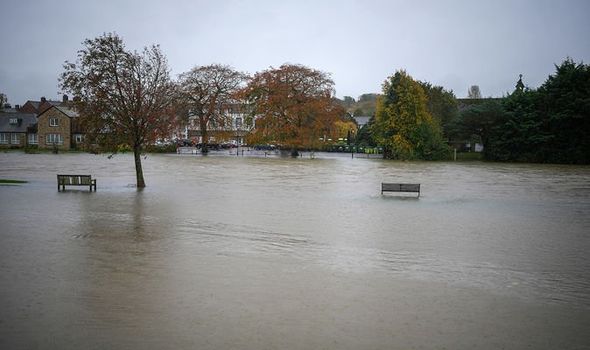 Yellow weather warnings for rain have been issued in several parts of the country, including Glasgow, where the global COP26 climate summit begins today. In Dartmoor, Devon, 125 millimetres of rain fell in 48 hours ‑ compared with a total October average of 130mm.

It comes after a week of wet weather which brought disruption and destruction to many northern areas, including Cumbria and southern Scotland.

Honister Pass, in Cumbria, had 110mm in 48 hours but had received “two months of rain in the past week”, the Met Office said, resulting in the flooding of 40 properties.

The Environment Agency said yesterday there were eight flood warnings, meaning that flooding is expected, and 51 alerts.

Train companies across the country warned of disruption to services, and travellers in Windermere and Carlisle were delayed by flooded railways.

Annie Shuttleworth, forecaster for the Met Office, said yesterday: “We’re expecting localised flooding and there will be some travel disruptions.”