Storms and winds of up to 65mph will cause havoc for some parts of Britain on Friday. Disruption is expected across East Anglia with power cuts along with interruptions to travel by air, road, rail and sea.

The Met Office said: “A period of strong northerly winds is expected to develop across East Anglia on Friday morning and persist into the evening.

“Gusts of 45-55mph are likely at times across parts of East Anglia – including the whole of Essex, Suffolk and Norfolk – with 60-65 mph gusts at times in coastal districts.

“Persistent rain may also prove an additional hazard. Strong northerly winds may lead to some disruption from Friday morning and through the evening.”

The Met Office warned that transport across East Anglia may be severely disrupted on Friday. 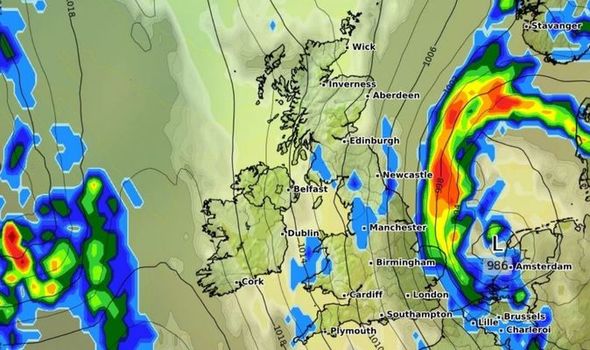 It said: “Some delays to road, rail, air and ferry transport are likely. Probably some bus and train services will be affected, with some journeys taking longer.

“Delays for high-sided vehicles on exposed routes and bridges are likely. Some short term loss of power and other services is possible.”

“Some short term loss of power and other services is possible.” 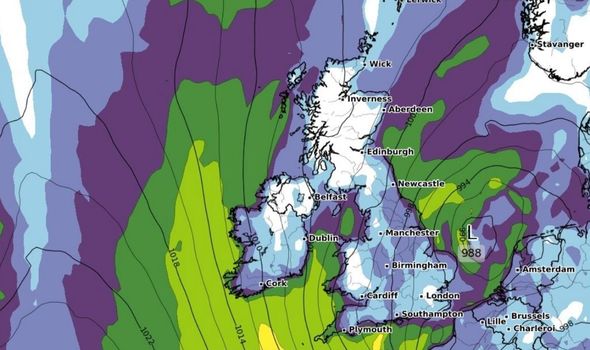 Winds on Friday are set to be strong and brutal with gales possible in some parts of the UK.

Temperatures are forecast to reach about 10-14C at best across Britain.

“The wind strong and gusty, with gales possible near North Sea coasts, making for a chilly day for all.” 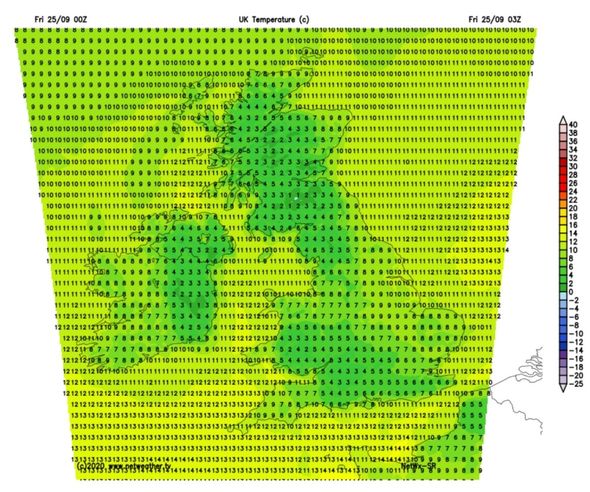 The brutal winds will blow showers across parts of the country on Friday.

Mr Finnis added: “Showers heaviest and most frequent across eastern England by the afternoon, where they may merge into longer spells of rain.

As the weekend approaches, temperatures will remain low for most of Britain. 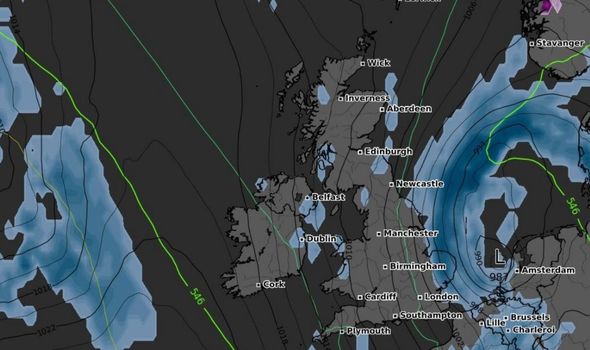 But the country can expect a mostly dry and sunny weekend.

“The rain finally clearing away from Cornwall but further spells of rain pushing back into the North Sea coast.

“And again that brisk breeze will make it feel cold around the North Sea cost 11 or 12C at best.”

Saturday and Sunday mornings will be particularly cold with frost in rural northern and western areas of the UK.