The heaviest of which will be most frequent in the north and west of England. Meanwhile, eastern areas of the UK will see lengthier drier spells. BBC WEATHER forecaster Sarah Keith-Lucas warned most of Britain is set to experience bouts of heavy downpours throughout Sunday due to a series of rainy systems pushing through the UK.

The BBC meteorologist noted some areas could experience short periods of dry weather but insisted downpours are expected to hit most of the country.

Five flood alerts have been put in place for the west midlands by the Environment Agency.

Ms Keith-Lucas said: “There could be a few spells of sunshine out there today but it is an unsettled picture through today and tomorrow as well.”

As we move into tonight you will see Britain becoming largely dry for a time apart from showers in north-west Scotland. 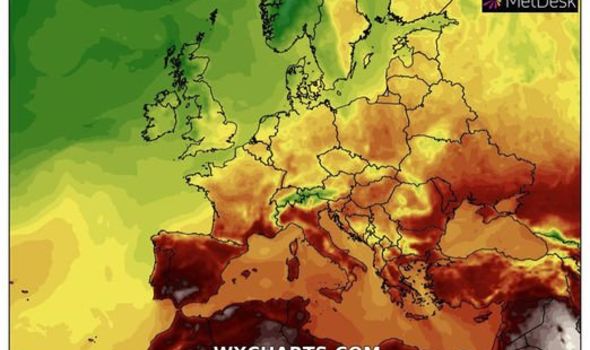 However, spells of rain will then push up from the south.

Some heavy bursts may develop in the west.

According to the BBC: “There will be further rain working into the northwest but it’s reasonably mild so temperatures staying up in double figures to start your Sunday morning.” 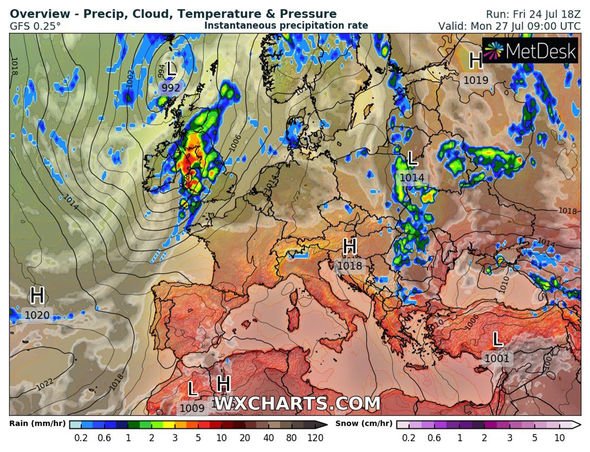 Wet and windy conditions are forecast to continue through Sunday, with the breeze to take hold across northwest Scotland.

It will be brighter for Scotland and Northern Ireland with sunny intervals and a few showers.

As the weather shifts into the next week southern Scotland, Wales, Northern Ireland and the north and west of England will have heavy rain.

Monday will be an unsettled and wet day for much of England and Wales with spells of rain, heavy at times. 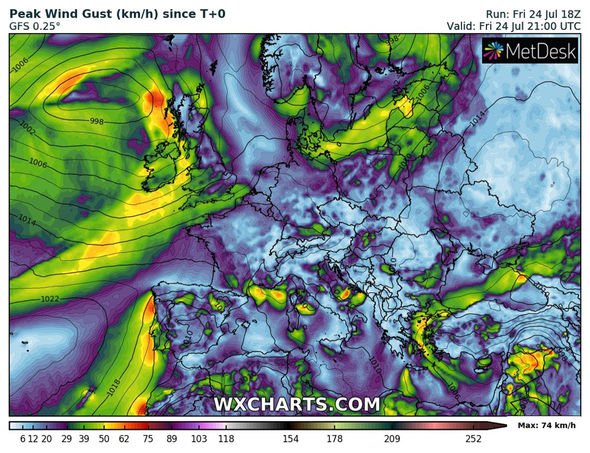 But this will clear in the east later on.

South-eastern parts of England and northern Scotland will also have showers.

Tuesday looks cool and breezy for most with a mixture of sunny spells and scattered showers.

Another breezy day looks likely for Wednesday, but it will be drier with sunny spells across the country.

A few showers are still expected for the north-west.

On Thursday, much of the UK will be dry with sunny spells, but one or two spots of rain may edge into Northern Ireland.