Thermometers are expected to tip towards 23C in London next weekend and beachgoers could enjoy highs of 20C in Brighton next Saturday.

According to the BBC, the end of this week will see drier weather take hold.

BBC Weather said: “The end of the week should see drier but not completely dry weather – that is there is a chance of some rain but it looks less unsettled than mid-week. 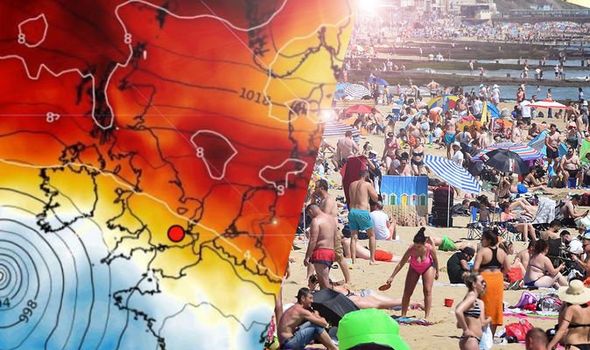 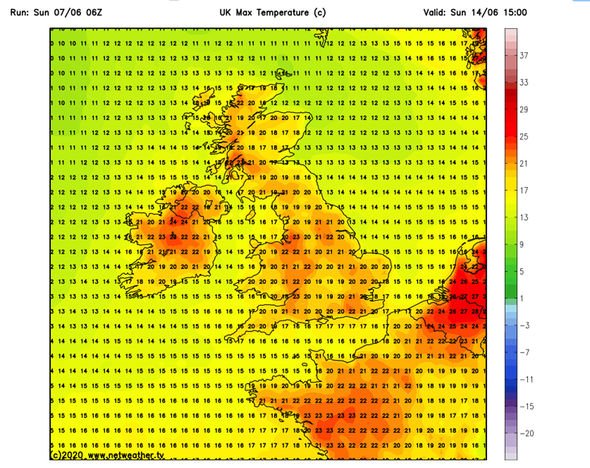 “There are signs that it will warm up by the weekend with temperatures perhaps lifting above normal in some areas.”

Forecasters from Meteo Group and AccuWeather have also said the UK will soon be enjoying temperatures in the mid-twenties again.

The Met Office said: “The first few days of the period, including next weekend and into the start of the following week, should see the driest brightest weather across northern areas of the UK, particularly western Scotland.

“Elsewhere, conditions will be rather changeable with some sunshine but also areas of rain or showers.

SEE MORE: Pollen count today: How to reduce allergy symptoms in your home 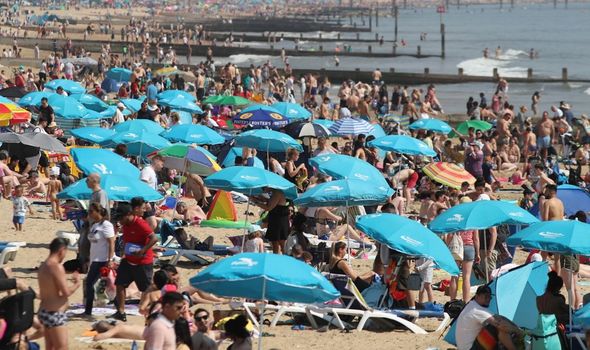 The Met Office said temperatures are more likely to be warmer in the south than the north of the country from the middle of the month.

They said: “From the middle of June, there should be a return to more settled conditions with longer drier and brighter spells. 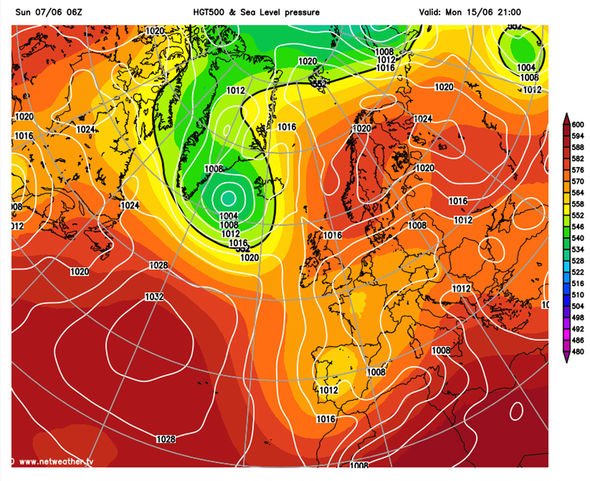 “This period should be generally drier than average, though there is still the possibility of some more changeable spells, these becoming more focused across northwestern areas later in the month.

“Temperatures are more likely to be above average in the south, but nearer normal further north.”

May 2020 was the sunniest calendar month on record in the UK with a huge 626 hours of sunshine.

The warm weather saw crowds flock to beaches across the UK to make the most of the hot temperatures – while abiding by strict social distancing measures.

Related posts:
Hot News
China are you watching? US shows off military might in huge display in Philippine Sea
Teens who spat at police in rampage told ‘to be part of the human race again’
More ex-Audi executives face ‘dieselgate’ charges
UPDATE 1-Bund yields touch lowest in almost 2 months on safety bid after U.S. debate
TSB to close 164 branches and cut 969 jobs
Recent Posts
This website uses cookies to improve your user experience and to provide you with advertisements that are relevant to your interests. By continuing to browse the site you are agreeing to our use of cookies.Ok