Yellow weather warnings have been issued as the UK faces threats from lighting, heavy rainfall and hail. Temperatures soared above 34C for the sixth day in a row in southern England for the first time for about 60 years.

The thunderstorm warning for Wales and most of England is in place for all of today.

But sunny weather will still see temperatures rocket back up into the 30s in the south east.

Met Office Meteorologist, Aidan McGivern, said: “Where we do have some sunshine it will be very warm or hot.”

The thundery weather will be so severe that Northern Ireland and south west Scotland could experience power cuts and flooding as heavy rain sets the day off to a stormy start. 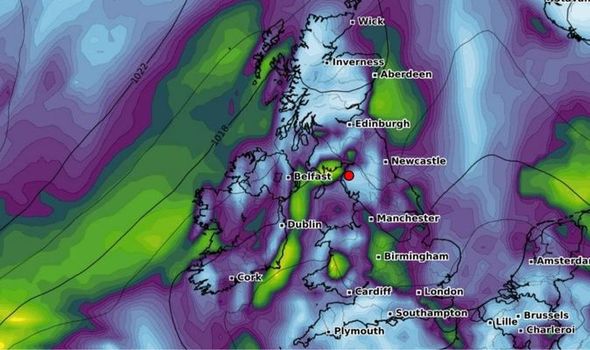 This comes as water firms are urging customers in some parts of the UK to restrict their water usage during the sweltering weather.

Thursday’s weather comes after the Met Office issued an amber thunderstorm warning for most of Wales, the West Midlands and parts of the North West on Wednesday evening as relentless floods and disruptions were seen.

Yesterday evening, 10 flood alerts were issued by the Environment Agency for areas in the West Midlands. 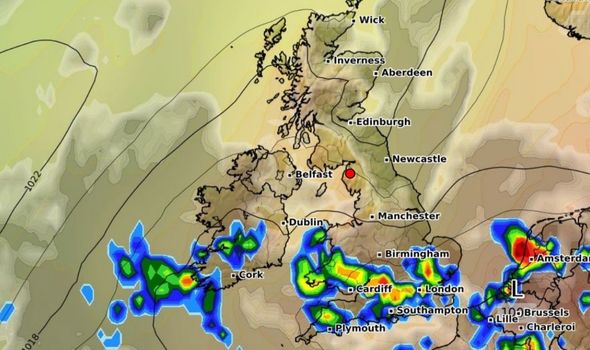 Three were flood warnings were also released meaning immediate action to the areas was required.

One of the warnings said flooding will hit Sandyford Brook in Stafford.

While the other two indicated flooding will cover the River Trent.

Mr McGivern said that on Thursday there will be “thunderstorms across many parts of England and Wales. 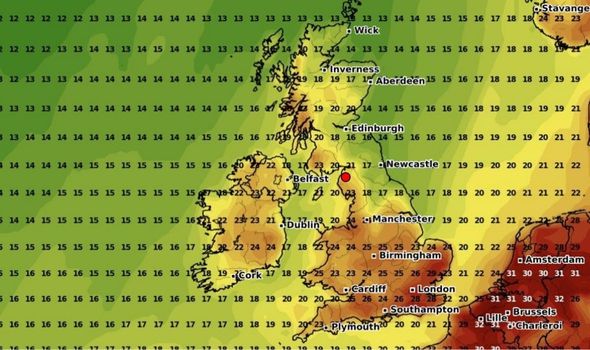 “Especially in the West and drifting their way north westwards, perhaps into northern England, southwest Scotland, Northern Ireland later on.

“These where they occur bring the threat of hail, lighting, torrential rainfall and gusty winds.”

He added: “During the day I think that the sun will lift temperatures.

“Once again we will see outbreaks of thunderstorms developing in a scattered nature across mainly the southern half of the UK.”

Friday’s weather is also set to be a thundery and torrential. 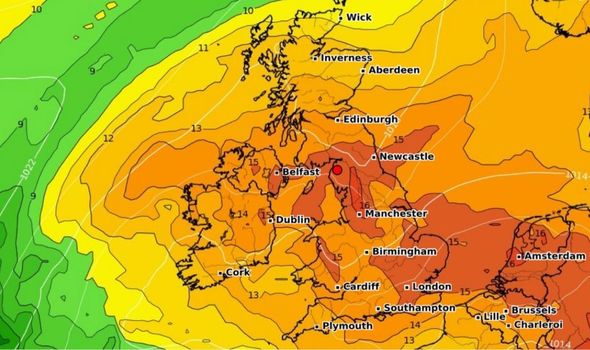 Mr McGivern said: “For many its dry, if rather humid, but still the risk once again of thunderstorms breaking out.

“And again severe thunderstorms where they occur they will bring those hazards of hail lighting and torrential rainfall.”

The thunderstorm warnings come after three people died when a train derailed in Aberdeenshire on Wednesday due to heavy rain and flooding in Scotland.

Aerial shots showed one carriage completely overturned after the train from Aberdeen to Glasgow Queen Street came off the tracks near Stonehaven.