The Met Office warned there was a danger to life during Storm Dennis. That proved to be true when two bodies were found at sea in Kent on Saturday.

When will Storm Dennis end?

Storm Dennis will continue to batter the country tomorrow and may, according to Weather Outlook’s forecast, become worse.

One Met Office weather warning is in effect until 12pm on Monday.

Several others remain in place tomorrow morning and afternoon. 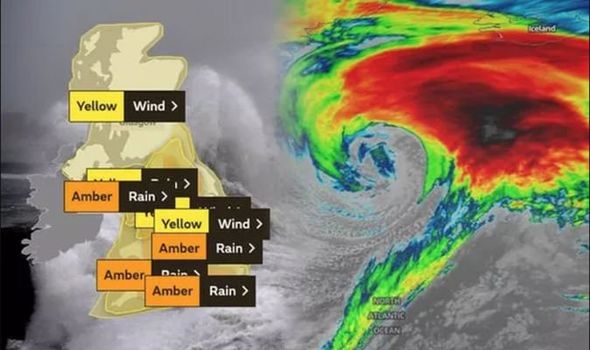 Among those are amber weather warnings for rain, including one that covers areas in Brighton and Hove, East Sussex, Hampshire, Kent, Surrey and West Sussex.

The Met Office says spells of heavy and prolonged rainfall are anticipated to bring around 20-40mm of rain quite widely, with 60-80mm possible in a few locations.

This rain is expected to fall in areas that have been saturated with water from recent downpours.

This warning expires at 6pm on Sunday evening. 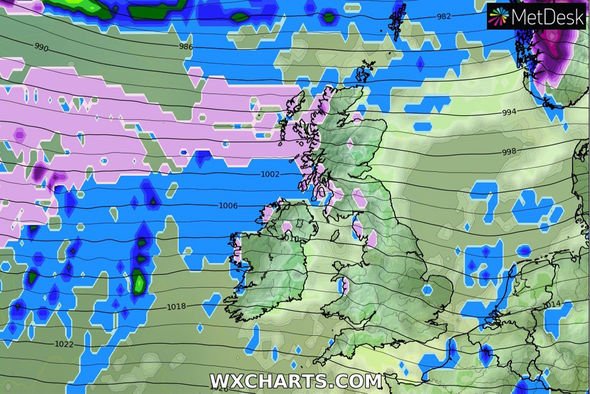 The Met Office said: “Spells of heavy and prolonged rain are expected to affect parts of England and Wales over the weekend with a higher likelihood of impacts now expected in some areas.

“Around 20-40 mm of rain will fall widely with 50-80 mm likely across parts of northern and southern England.

“This rain is expected to fall across areas already wet from recent rainfall.”

“In much of Northern Ireland and Scotland showery conditions could return by the morning.

“Tomorrow the colder and showery weather in the north gradually pushes southeastwards.

“In the south it remains wet for much of the day but by the evening it probably turns drier.

“Winds should gradually ease in most areas but strengthen in the north-west.” 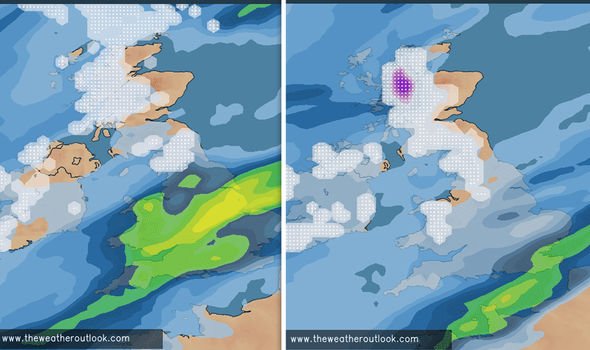 Weather Outlook forecasts the rain will clear by 9pm with snow seen in south-west England.

Storm Dennis looks set to die down by Monday afternoon.

However, there is a yellow warning for wind in Scotland, Northern Ireland, the North East and Manchester in effect until midday.

The Met Office says that gusts of 50-60 mph are likely quite widely within the warning area for much of the period. 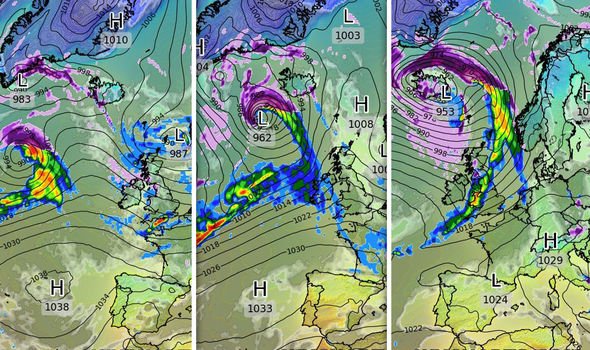 The weather service expects showers to persist after Monday.

The outlook for Monday to Wednesday states: “Windy with sunshine and showers for all areas, the showers most frequent in the west with snow over northern hills.

That rain is carried by another stormy system seen forming in the Atlantic on WX Charts.

A map shows the bad weather gathering pace in the middle of the ocean on Tuesday.

It then moves towards Iceland and touches parts of south-west Ireland by midday on Wednesday.

Come Thursday, the rain heads towards the northeast, it washes over most of the UK in the process.