Much of the UK has seen snow over the past few days. And it looks likely the wintry conditions will continue this week, with the Met Office issuing snow and ice warnings for swathes of the country.

Hundreds of schools have closed this week due to snow, and a number of travel routes have faced severe disruption.

Significant snowfalls were recorded overnight on Monday, with Aviemore in Scotland recording 2.8in (7cm). 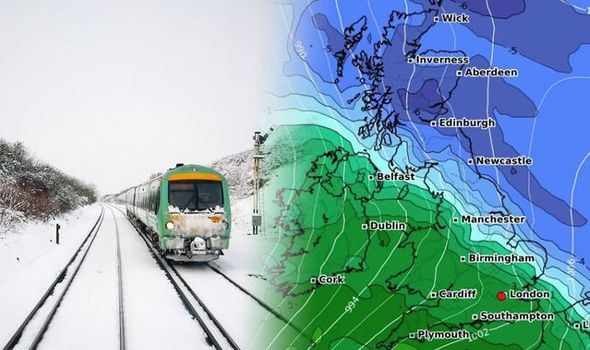 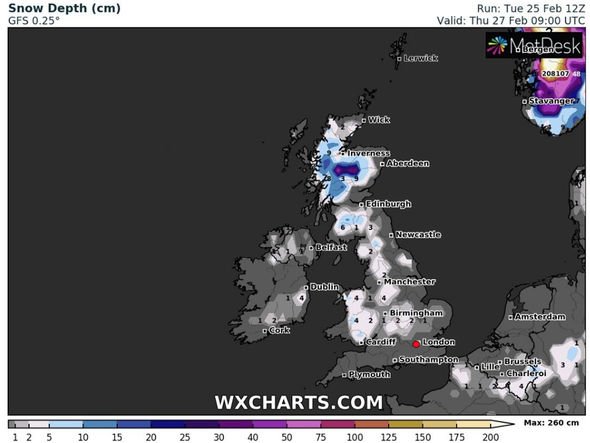 There could also be some snowfall over Wales and the south of England this week.

Chief Meteorologist Frank Saunders said: “However later on Tuesday and early Wednesday, don’t be surprised to see some snow falling even in Wales and the south, although again most of any lying snow will be over hills.”

WXCHARTS maps show snow on course for the UK over the coming days.

Snow depth maps indicate much of the snow will fall in Scotland, but there also some snow depth forecast for Northern Ireland, northern England, Wales and the Midlands later this week. 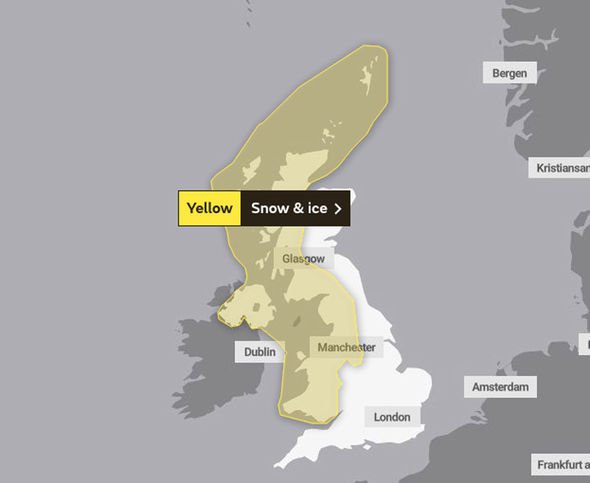 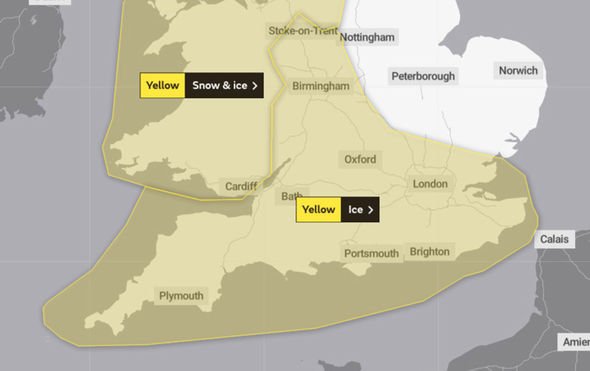 Where are the Met Office snow warnings?

Met Office weather warnings are in place across the UK on Tuesday and Wednesday.

A widespread snow and ice warning is in place from 8pm on Tuesday until 10am on Wednesday.

The warning covers much of northern and western Scotland, northwest England, Wales and Northern Ireland.

The Met Office are warning of potential “travel disruption” due to “wintry showers and icy stretches”.

“These showers will fall as a mixture of rain, hail and snow at times, the snow mostly over higher ground.

“Some places are likely to see 1-3 cm of snow, mainly above 200 m, with 4-8 cm possible over the higher ground in northwest England, Wales and west Scotland.” 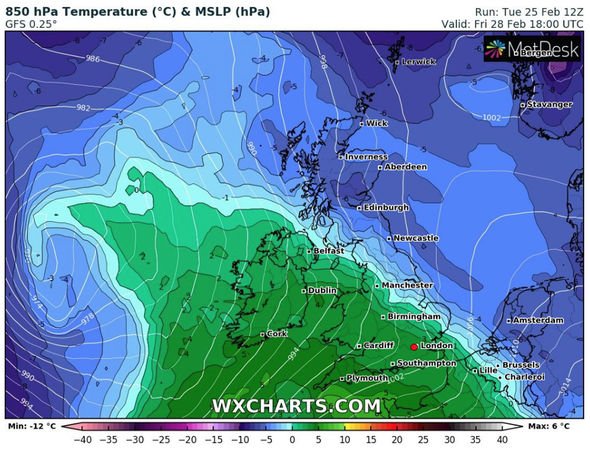 A yellow ice warning has been issued for Wednesday from midnight until 10am, covering much of the Midlands, southern England and Wales.

The warning stretches from Stoke-on-Trent to the southwest coast of England, and also includes London.

The warning reads: “A mix of rain and hail showers, with some snow over higher ground, is likely to leave surfaces wet overnight.

“Surface temperatures are then expected to fall below freezing with icy stretches forming in places.”