After weeks of torrential downpours and devastating floods, the UK will now face arctic blasts. The Met Office has issued yellow weather warnings for snow and ice. Their current warnings are due to last until at least tomorrow afternoon.

Monday will get off to a very cold start to the week as temperatures will remain low, reaching no higher than 2C (35.6F) in the south of England.

It will be as cold as -3C (26.6F) in other parts of the UK including Scotland and northern England.

The wind chill will add an extra cold touch to the temeptures with bitter blasts of up to -5C (23F).

With the temperature dropping, there also comes a high risk of snow. 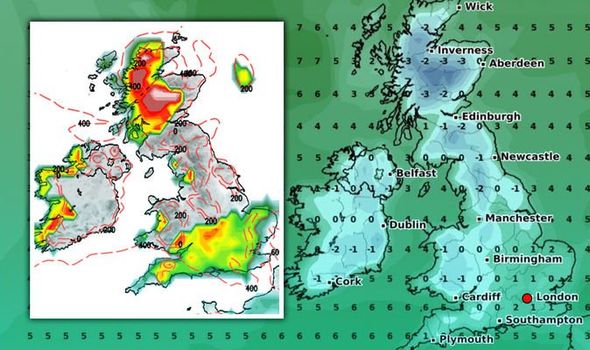 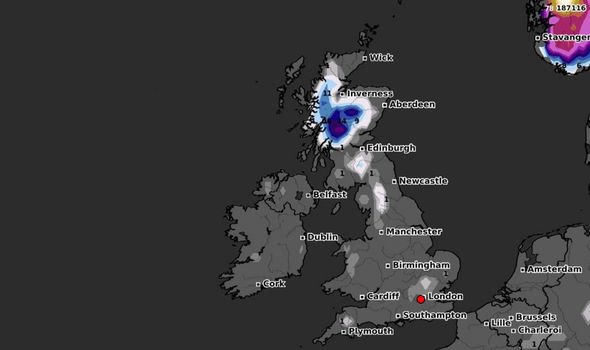 The Met Office’s Marco Petagna said there is “certainly a cold and icy start towards the north” on Monday with “lots of snow showers”.

According to Netweather charts there is a strong chance of snow bombarding most of Scotland on Monday.

Southern England will not escape winter’s grip as the south of England will also face blankets of snow of up to 5cm on Monday.

Netweather’s forecast for next week said: “Low pressure will dominate the weather during this week, and the lows will often track further south than in recent weeks. 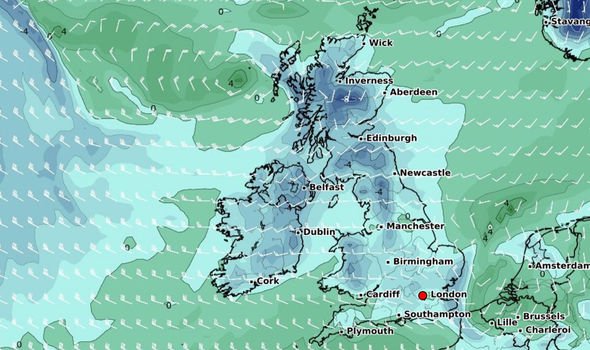 “As a result, temperatures will often be lower than recently, especially in the north, though still generally not far below the seasonal norm, with predominantly westerly winds especially for southern areas.

“Snow will thus be mostly restricted to high ground, though low-lying parts of the north may see some short-lived localised snowfalls. 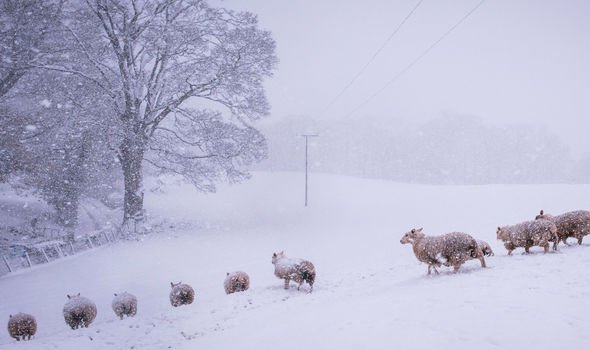 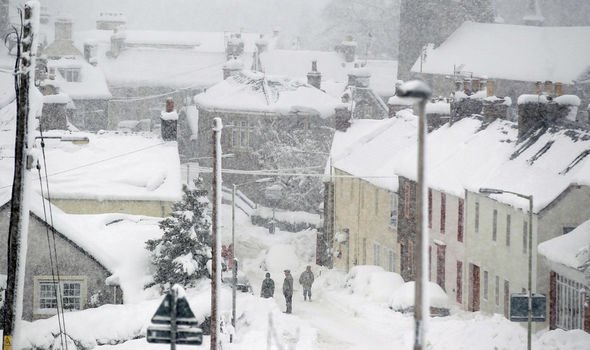 The Met Office warned that “persistent” snow is likely to lead to travel disruption.

It added: “Some roads and railways likely to be affected with longer journey times by road, bus and train services.”

The Met Office also released a yellow weather warning for ice, which will cover most of Scotland and reach as far south as Manchester.

The forecasters warned of injuries from “slips and falls on icy surfaces”.

They added there will “probably be some icy patches on some untreated roads, pavements and cycle paths”. 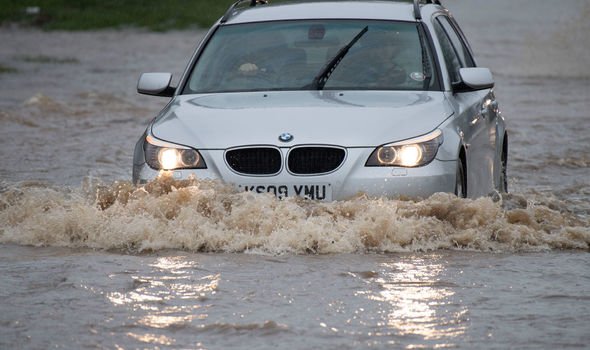 The Met Office confirmed the UK has had its wettest February on record.

The deluges from Storm Ciara, Dennis and Jorge left parts of the UK devastated by floods.