The Met Office has issued warnings blanketing the majority of the UK for Monday, with snow and ice posing a threat. Travel disruption remains the biggest threat, while the agency is also cautioning of potential slips and falls on icy surfaces.

The first warning, for snow and ice, stretches right from the northern tip of Scotland into southern England.

The second warning, for ice, covers the bottom of England, over central London and over Plymouth.

The Met Office said “wintry showers may leave icy patches” and a “mix of rain and hail showers, with some snow over higher ground, is likely to leave surfaces wet”.

The warnings are in place until 10am but the freezing conditions are expected to continue well after the expiry time. 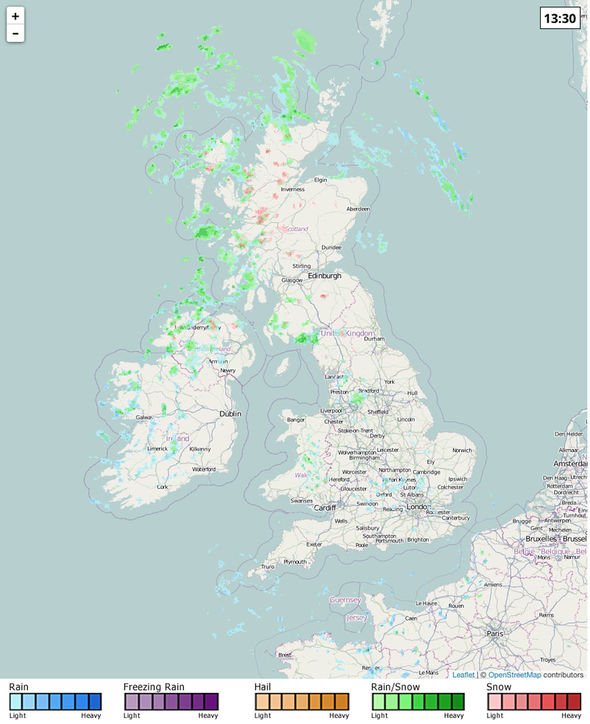 Where is it snowing in the UK RIGHT NOW?

According to MeteoRadar, snow is currently falling across swathes of Northern Ireland and Scotland – particularly the west coast – see the live tracker above.

Further south, the map shows areas around Liverpool and parts of Wales seeing some snow as of 8.30am.

Windy.com maps show a similar picture, with snow largely falling over the west of the UK over the next 12 hours. 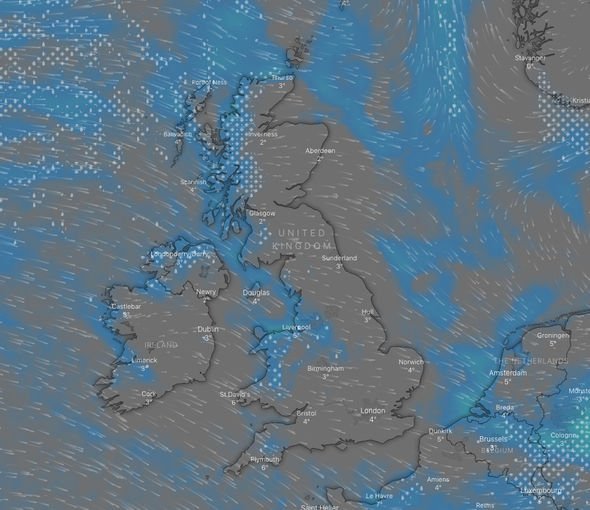 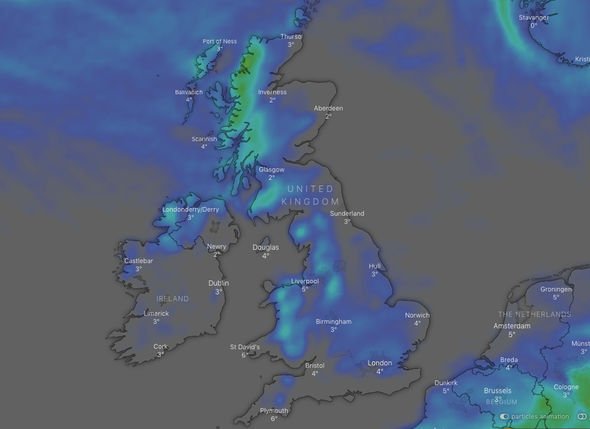 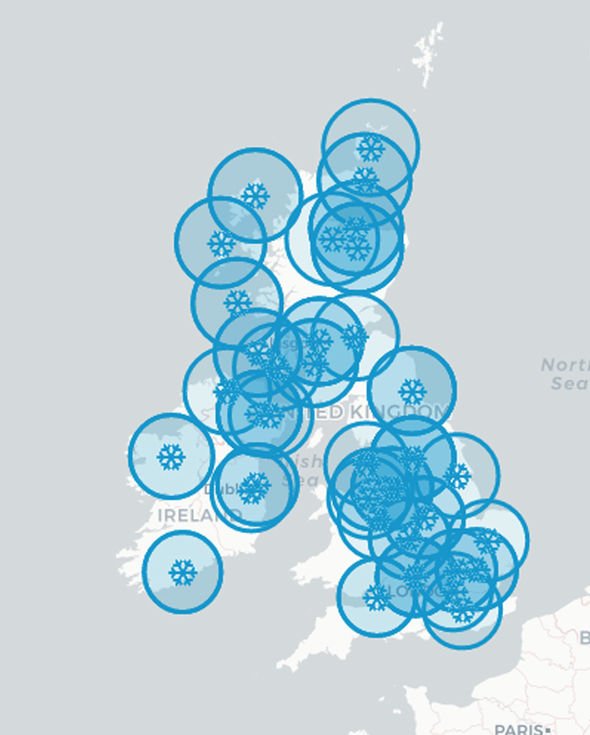 The Met Office is forecasting temperatures “to fall below freezing” for much of the nation.

Chief Meteorologist Frank Saunders said: “In early Wednesday, don’t be surprised to see some snow falling even in Wales and the south, although again most of any lying snow will be over hills.”

Showers in the south will often be accompanied by strong winds, while there is a risk of overnight ice across the north and west.

BBC Weather forecast reads: “A mix of sunny spells and wintry showers for all at first.

Caroline Douglass, Director of Incident Management at the Environment Agency (EA), said: “Flooding has a long lasting and devastating impact on people’s lives, and we offer our heartfelt sympathies to all who have been flooded and continue to be affected by the persistent wet weather. 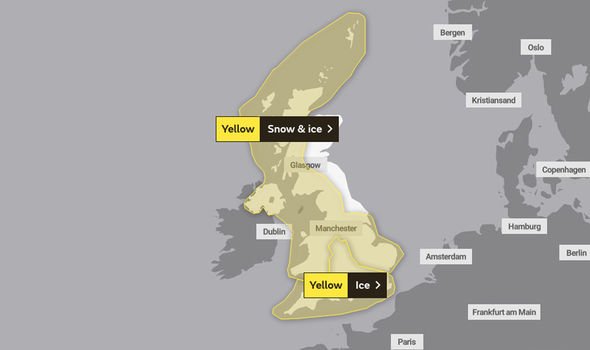 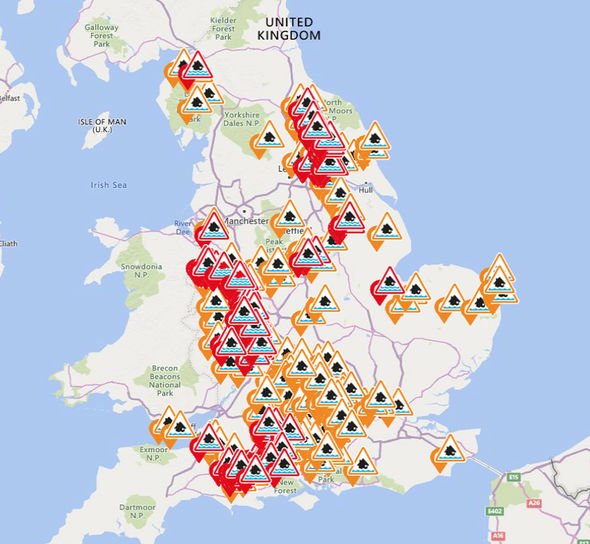 “Further spells of rain expected across England this week could cause further flooding, particularly in Yorkshire and the Midlands.

“River levels remain high and ongoing river flooding remains probable for the River Severn this week as it responds to continued rainfall.”

Ms Douglass urged anyone affected to make sure they are educated on all the facts.

She said: “We have seen our third weekend of exceptional river levels and stormy weather, continuing into this week; with the effects of climate change, we need to prepare for more frequent periods of extreme weather like this.

“People need to be aware of their flood risk, sign up to flood warnings, make a flood plan and not to drive or walk through flood water.”

As of Wednesday morning, the EA has two warnings for “severe flooding – danger to life” in place for the River Severn. 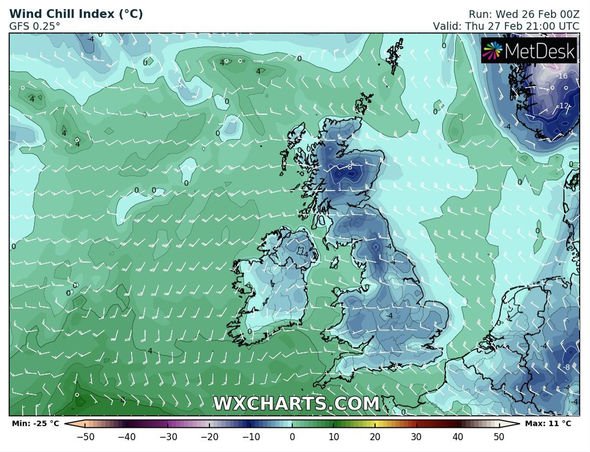 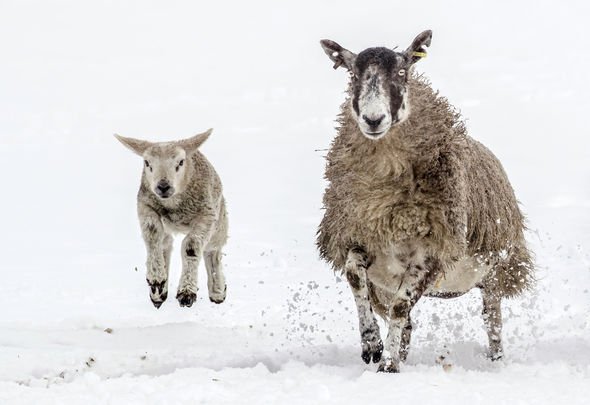 A further 101 warnings are in place for expected flooding, and another 145 for possible flooding.

England has seen more than 200 percent of its average February rainfall already this month, the EA reported.

On Wednesday evening, the river at Bewdley is expected to come close to its highest recorded level, which was 5.56m in November 2000.

The Environment Agency has also warned flooding is possible on the rivers Wye, Ouse and Trent, with other areas at risk from localised flooding caused by heavy rainfall expected on Friday.

You can keep an eye on the latest flood warnings HERE.