UK snow radars are picking up a scattering of snow this morning, as severe weather continues. The Met Office has laid down warnings for two regions, with potential problems from both snow and ice on the horizon.

Where is it snowing right now?

Weather forecasters expect it to snow for most of this morning, with high concentrations in northern England and Scotland.

Experts with meteoradar.co.uk have tracked the first snow showers as they develop across Scotland this morning.

According to the site, all of this mornings’ snow has so far confined to Scotland. 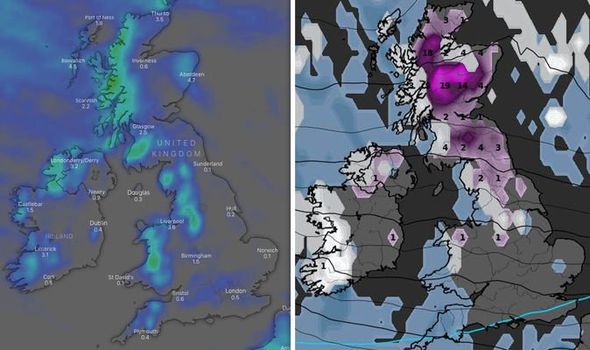 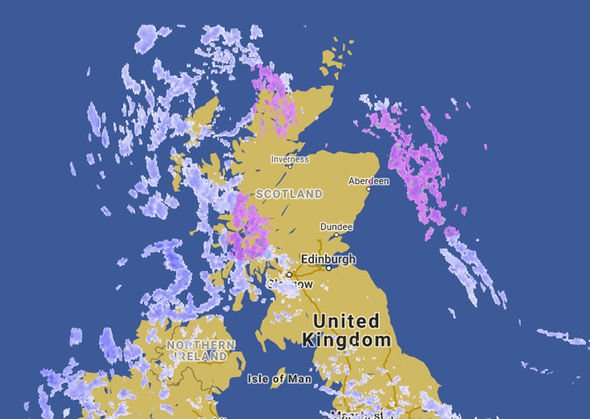 Meteoradar’s map shows a system off the north coast of Scotland, which started developing from rain at 7.20am.

The radar shows snowfall around the civil parish town of Durness and further down south to Lairg.

Another smaller system has developed further south of the country to the west of Glasgow.

There, snow has started to fall around Greenock and Dumbarton. 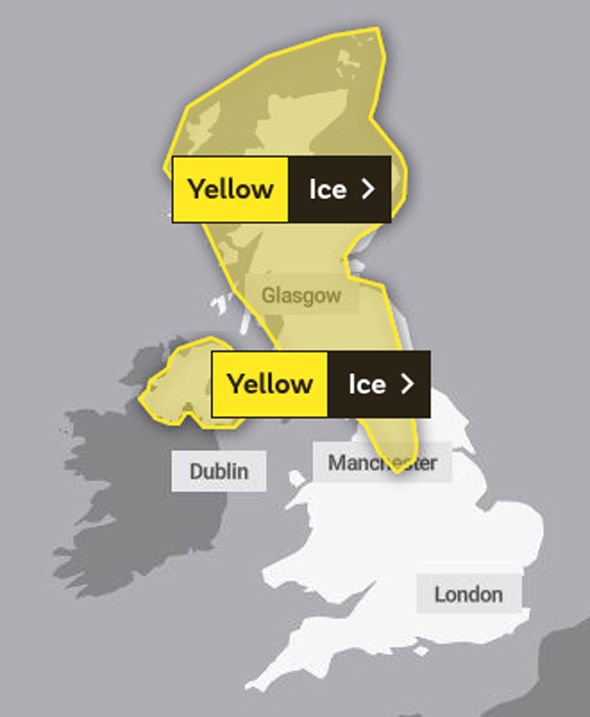 Live maps show fresh snowfall stops there, but some parts of the country have a leftover layer from yesterday.

Charts from weather forecasters with WXCharts show a deep covering remains over much of Scotland, where totals over the highlands max out at almost one foot of snow.

Further down around Edinburgh and Northern England, people have seen up to six inches of snow over the last day, and the Met Office has extended warnings over the area.

The agency currently has two yellow weather warnings in place for the UK for ice, in place until 10am this morning.

DON’T MISS
London snow THIS WEEK: Met Office forecasts snow in the capital  – FORECAST
UK cold weather: Will it snow near me? Latest as -4C freeze to hit UK – FORECAST
‘Intense storms’ cause flooding chaos – what needs to change? – EXPLAINER 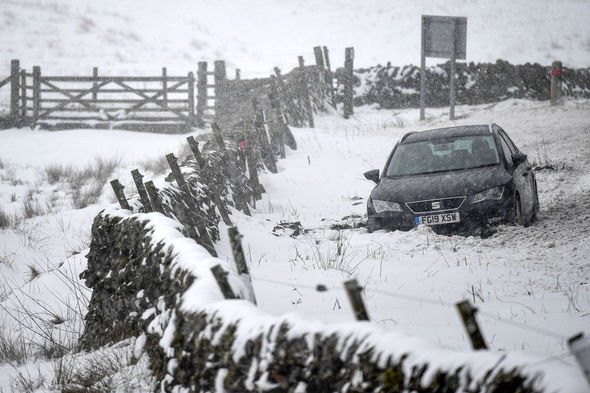 According to the Met Office, “wintry showers” will impact much of northern England and Scotland today, causing disruption to rail and road traffic and an increased chance of injuries and accidents.

Their warning reads: “Many areas will be affected by occasional showers of rain, hail, sleet and snow, with clear spells in between leading to frost and icy surfaces.

“Further snow accumulations of 2 to 6cm are expected over parts of Scotland, mainly in the west at elevations above 200m.

“1 to 3cm may affect higher routes in Northern Ireland and northern England.”

The Met Office warnings are in place for the following regions: