Much of the country awoke to freezing temperatures this morning.

Wintry showers are expected to continue through Wednesday night into Thursday morning, according to the Met Office.

Sleet and snow is expected predominantly in Northern Ireland and western Scotland, “before developing more widely across parts of northern England, the north Midlands and north Wales later in the night” the forecast said.

The midlands will see further snow on Thursday, with a warning in place from midnight tonight to midday tomorrow. 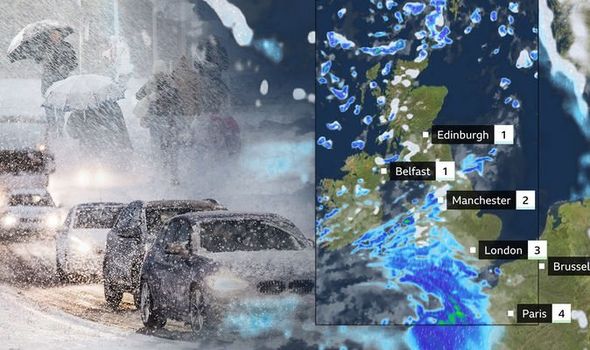 Sleet and snow is expected to cause travel disruption tomorrow as the worst of the snow hit.

“Away from hills, rain may turn to sleet and snow for a time over parts of the Midlands, East Anglia and the northern Home Counties.

“Accumulations at these low-levels will be mostly small, especially on roads, but a centimetre or so is possible in one or two places. 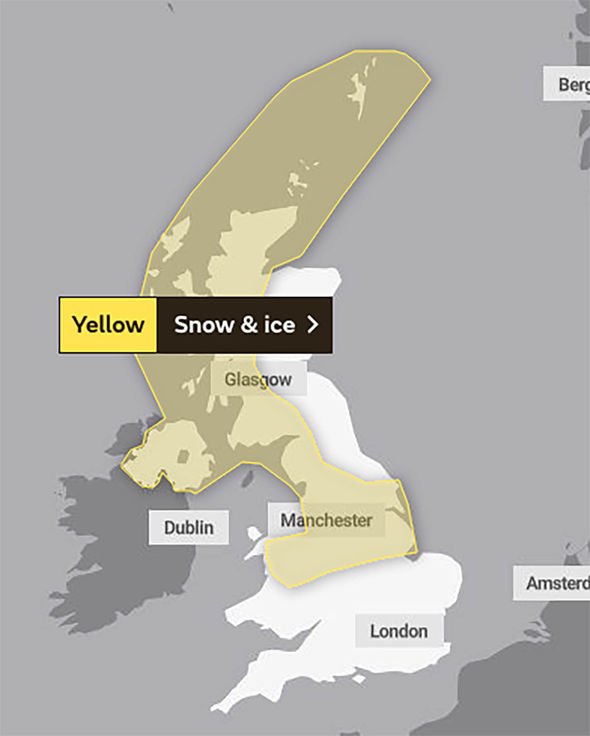 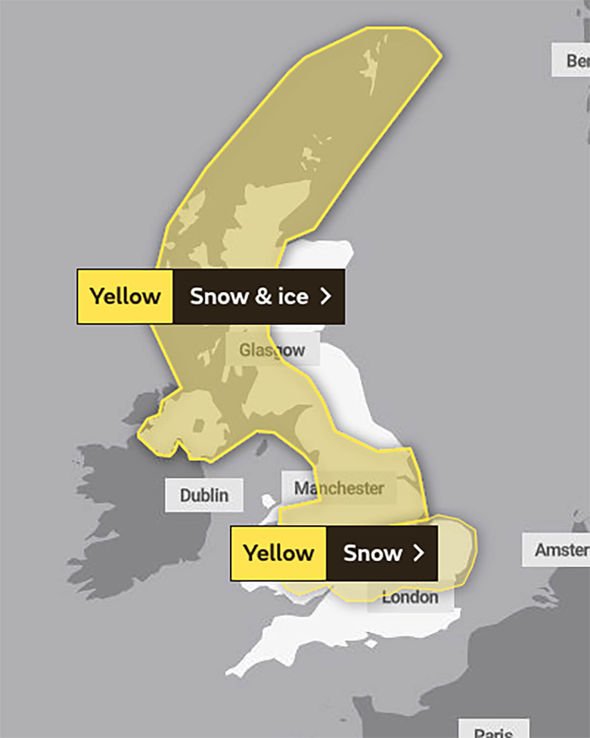 “Rain, sleet and snow will quickly clear southeastwards by late morning and any snow at lower levels will soon thaw.”

Scotland and Northern Ireland have already faced an onslaught of wintry conditions.

And weather maps show the snowfall isn’t over yet.

Realtime snow radar maps show the west coast of Scotland and parts of Wales are seeing more snowfall this morning.

DON’T MISS
UK cold weather: Can it be too cold to snow? BBC Weather reveals TRUTH – INSIGHT
UK cold weather: Will it snow near me? Latest as -4C freeze to hit UK – MAP
BBC Weather: Snow and hail to batter UK as temperatures plummet – FORECAST 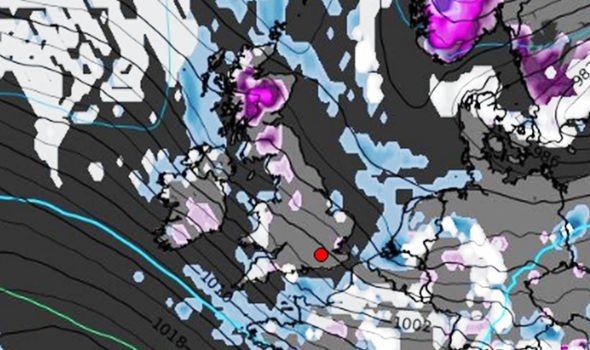 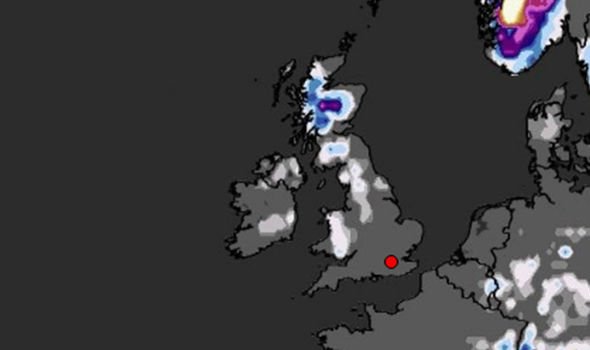 While a snow risk map from MetCheck showed the entirety of the UK under snow risk by 6am on Thursday.

The map shows up to a 50 percent risk of snow in some parts of the UK, largely around the midlands and parts of Wales.

Friday will see some smatterings in higher grounds.

The map also revealed which cities could face snow in the next 24 to 48 hours. 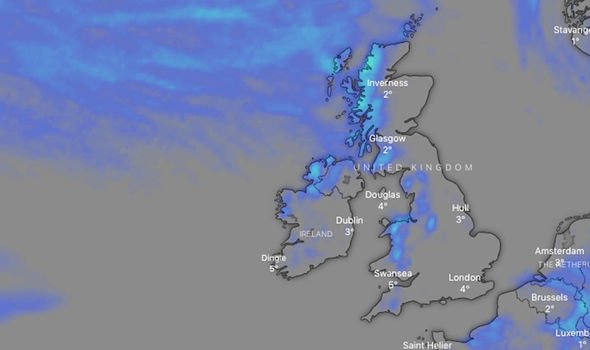 Today, scattered wintry showers will persist across the north, with snow accumulating on some hills. In the south, the showers will gradually fade with sunny periods.

Wintry showers continuing in the northwest, with icy patches and localised snow accumulations. Drier for the northeast. Clear in the south at first, but rain, sleet and hill snow will edge in later.

Across the south, rain, sleet and hill snow will clear away through the first half of the morning, leading into a fine and dry but chilly day. For the north, expect sunshine and wintry showers again.