Approximate Met Office measurements showed the UK was covered by 8.23 inches (209.1mm) of rainfall in February.

Throughout Wednesday snowfall will track towards the north of England and Wales but will be particularly heavy in Scotland. 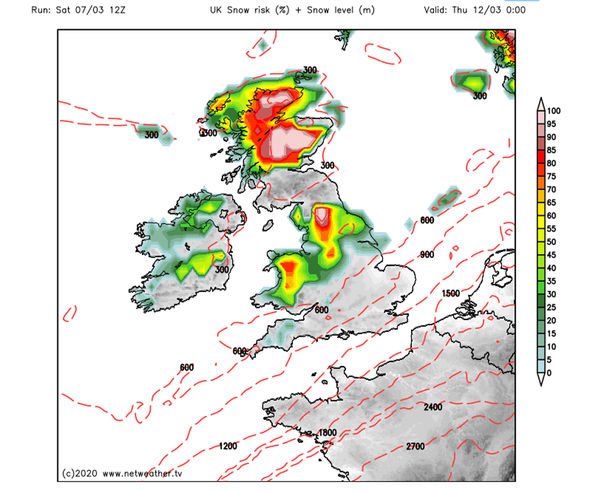 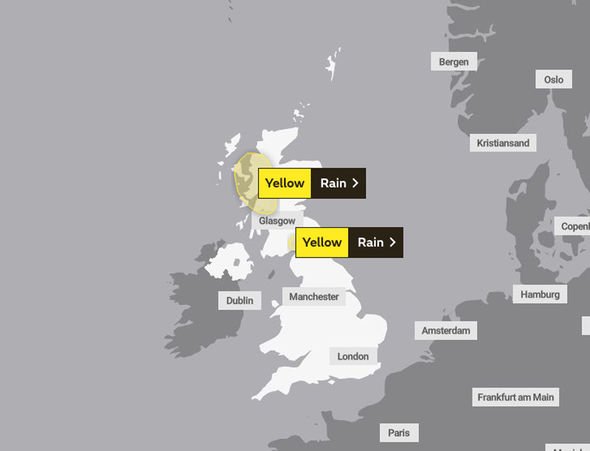 On Thursday, March 12, snow will track over much of Wales and central England, Northern Ireland and some flurries over Cornwall.

Again, heavy snow is forecast for much of the UK on Friday, March 13, with Wales, Scotland and the North of England seeing heavy snowfall. 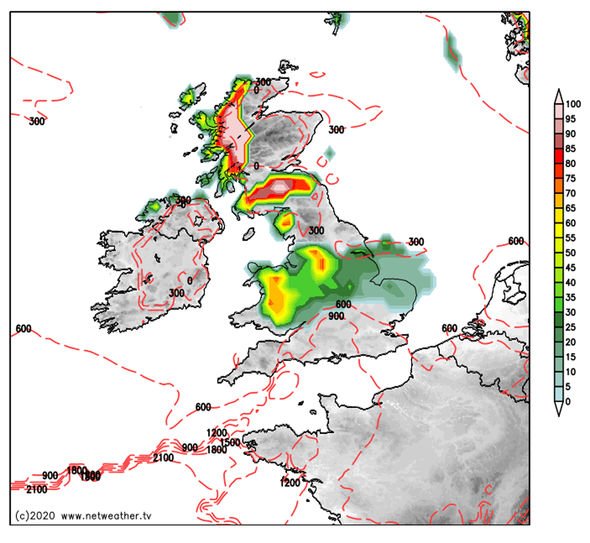 The Met Office long-range forecast from Thursday, March 12 through to Sunday, March 21 predicts temperatures turning colder, with frost overnight across the north towards the end of the period.

The forecast reads: “Staying unsettled at first with longer spells of rain and scattered showers interspersed with bright or sunny spells.

“Across the north, there is a risk of sleet or snow at times over higher ground.

“It will be windy throughout with a risk of gales at times, especially along the coasts.

“Towards the end of the period, the south may see a gradual change to more settled conditions with longer periods of drier and brighter weather, though some rain is still possible.

“Temperatures should be around normal or slightly below to start the period.

“Turning colder, especially across the north with a risk of frost overnight by the end of the period.” 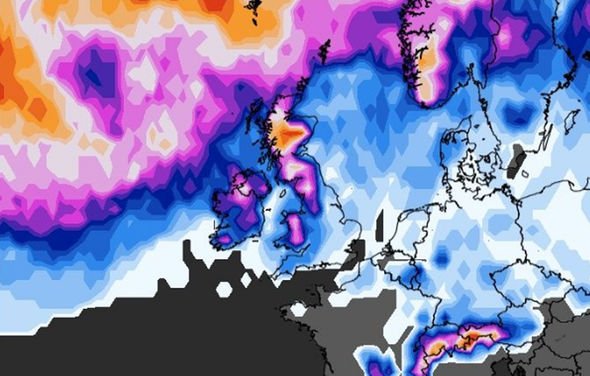 Met Office yellow weather warnings for rain are in place for rain until 11.59pm on Saturday night.

These could see more than a months worth of rain fall across the warning areas.

The Met Office warns: “This, in combination with a partial thaw of lying snow is likely to lead to some flooding in a few places.”

Further warnings are in place on Monday from 12pm until 12pm on Tuesday.

This is for Ceredigion, Gwynedd and Powys with rainfall potentially becoming prolonged and heavy in places, especially on some higher ground in western areas.

This wet and windy weather may cause travel disruption and flooding in some places.