From mid-October Britain will face more wintery conditions as chilly winds move in from the north Atlantic alongside heavy rainfall and even snow showers. The variable weather patterns will come as a result of an intensifying La Nina event over the tropical Pacific Ocean.

La Nina is a climate pattern that describes the cooling of the sea surface temperature of the Pacific Ocean.

It occurs when the easterly trade winds blow more strongly over the Pacific.

While this is occurring thousands of miles away, La Nina can have an impact on weather patterns in Europe.

This is because the climate pattern causes changes on the jet streams and pressure patterns over the Pacific Ocean and the USA. 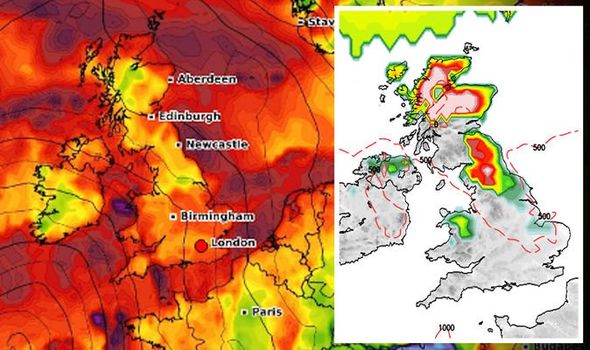 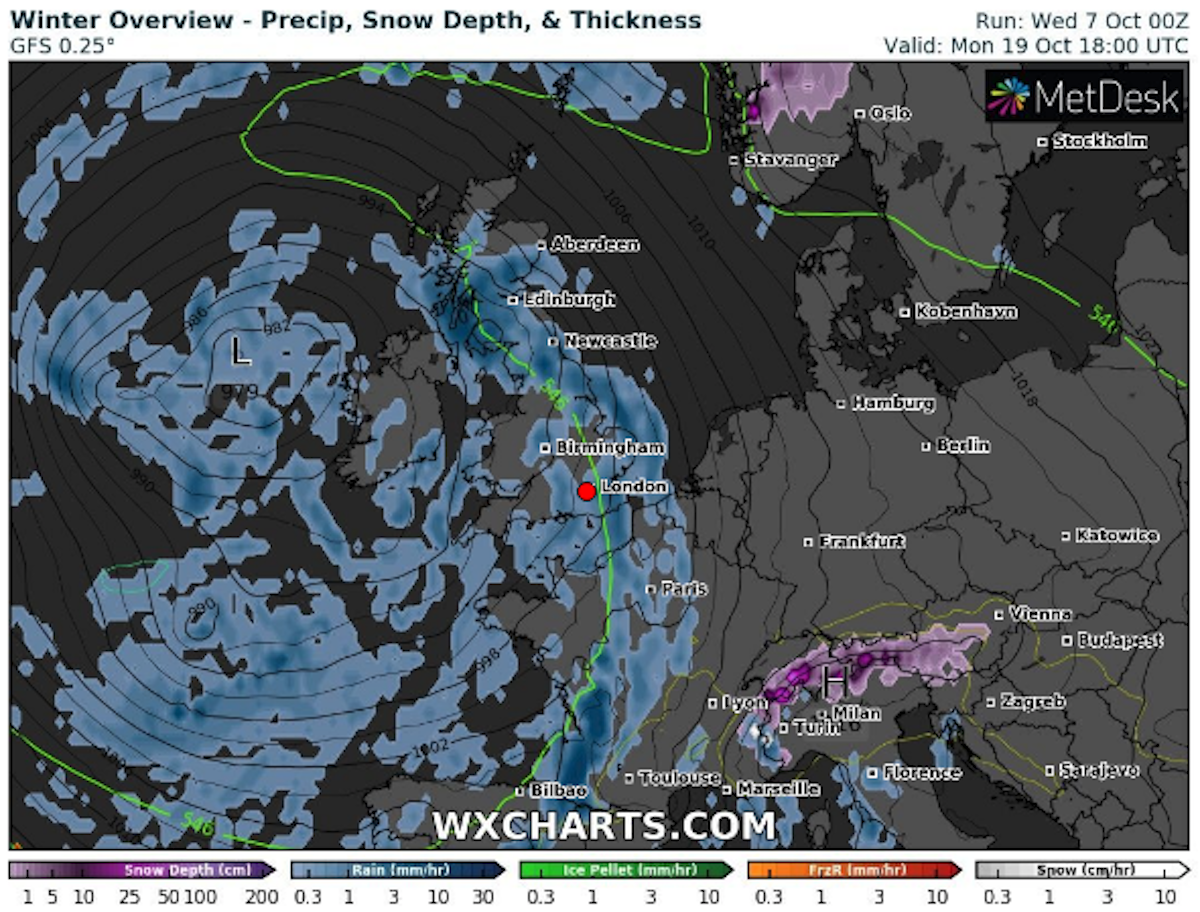 La Nina is likely to increase the extent and intensity of high pressure ridges forming over the north Atlantic, with these building northwards over Greenland and Iceland at times.

BBC forecasters expect the climate pattern to impact UK weather from the week commencing October 19, until the start of November.

They state: “This means an increased frequency of chilly north or north-westerly winds over the UK and a lower chance of very mild weather, widespread heavy rainfall and flooding events, especially when La Nina is strong.”

The forecasters expect rainy conditions to sweep over the south east and northern half of the UK, accompanied by strong winds. 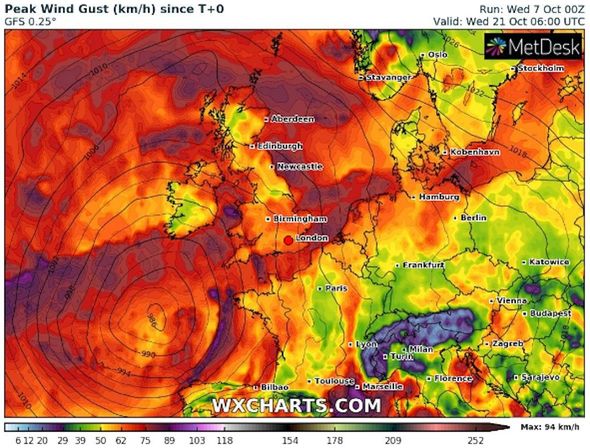 La Nina is also set to cause the mercury to plummet, prompting a number of frosty nights.

BBC forecasters said: “We can have more confidence than usual that we’ll see some cold plunges in late autumn, due to a ‘La Nina’ pattern developing over the Tropical Pacific.”

They added: “We cannot rule out the prospect of a short-lived very cold northerly plunge, with widespread night frosts and even some sleet and snow showers.

“Such events become even more likely in November, when we have a La Nina in progress.” 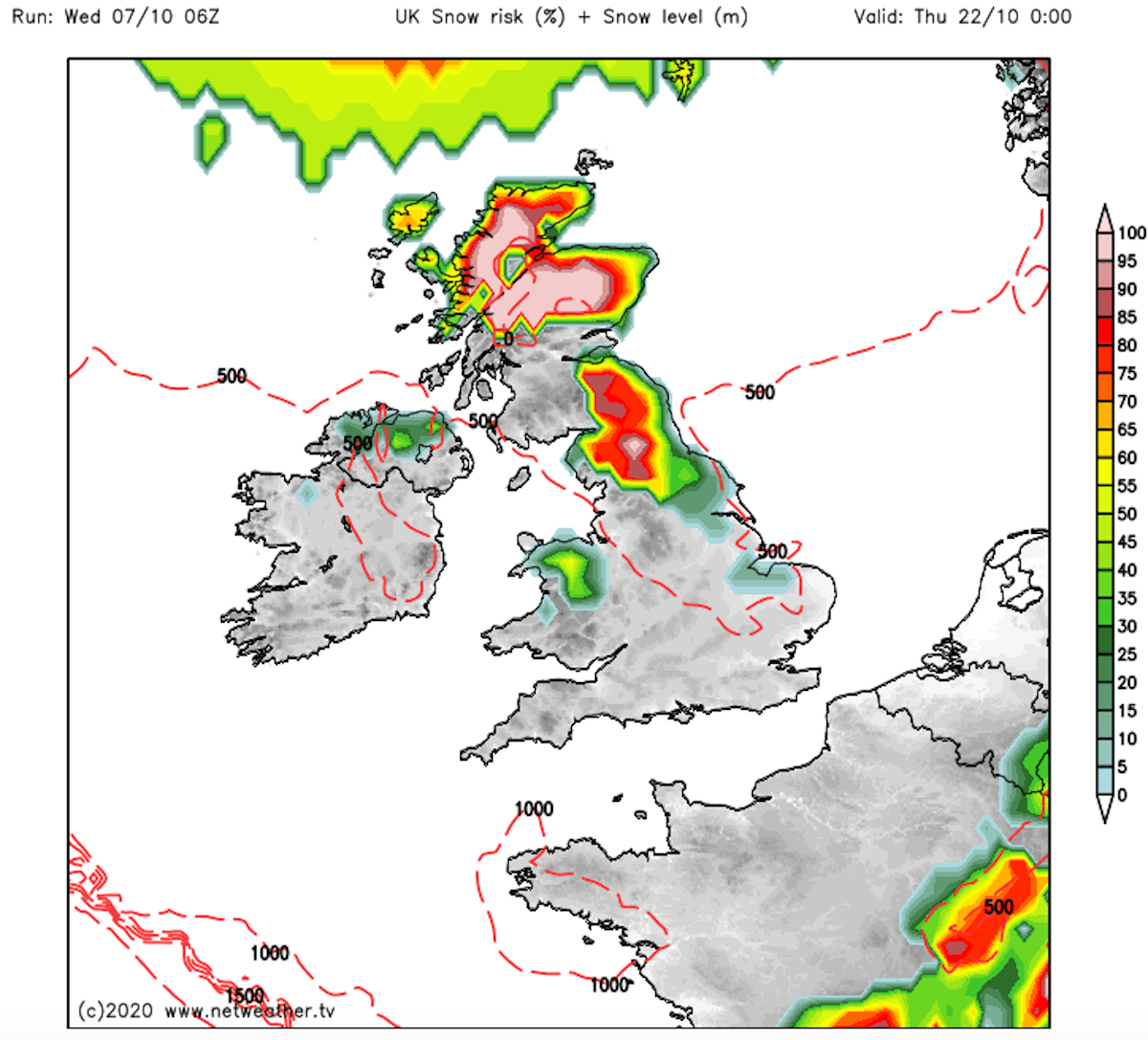 Snowfall is expected overnight, with a 100 percent chance of snow by Wednesday evening. 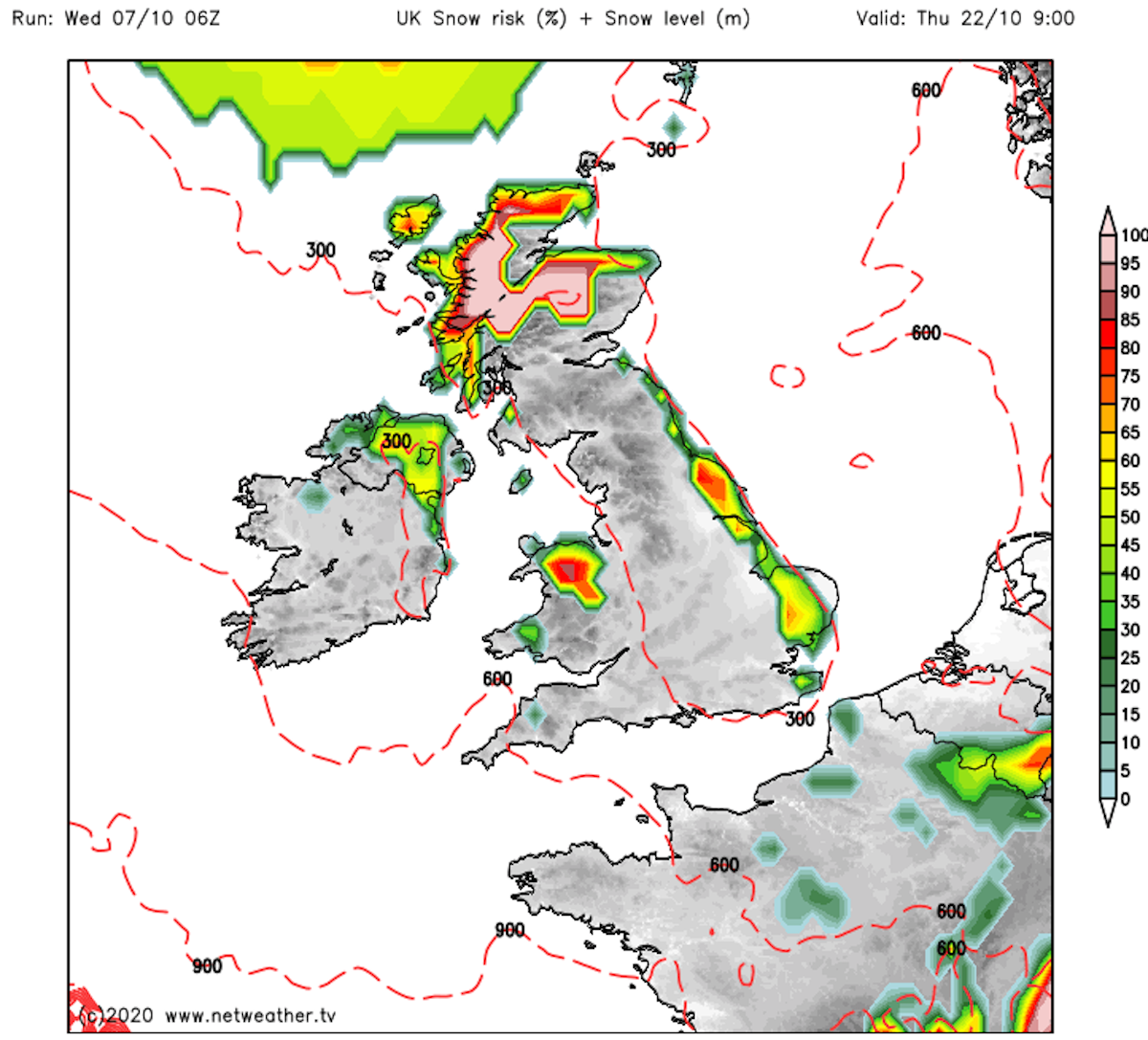 By Thursday morning, most of Scotland and North East England can expect snowfall.

The risk of snow also extends across the east coast of England, parts of northern Wales and Northern Ireland.

By Friday the chance of snow starts to fall for the vast majority of the UK.