Weather forecasting platform Netweather described how temperatures will soar as next week wears on. It said the outlook may reach “heatwave criteria” as temperatures break the 30C barrier.

The service predicted: “High pressure will extend east across the southern half of Britain this weekend and will remain through much of next week bringing dry, settled and increasingly warm conditions.

“Temperatures will be close to average in the northwesterly flow over the next few days, but will rise through next week, potentially reaching the low thirties Celsius across southern England from Tuesday through to Friday.

But the outlook will be different further north, where “Atlantic frontal systems” will leave Scotland “exposed” to cooler temperatures. 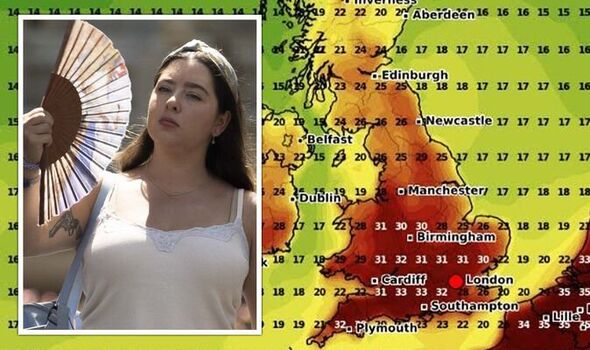 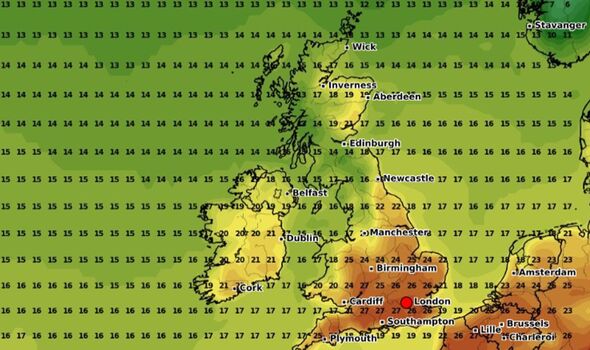 “However, Scotland will be exposed to Atlantic frontal systems moving east, so here will be cooler with more chance of some rain at times, more particularly northern and western Scotland – the east drier.”

Sunday will see temperatures peak at 27C in the southeast, spreading across to the south west.

Kent will see 26C by Sunday, with temperatures falling towards the Midlands.

Maximum temperatures will not surpass the mid-20s across Wales, with northern regions seeing high teens throughout the weekend. 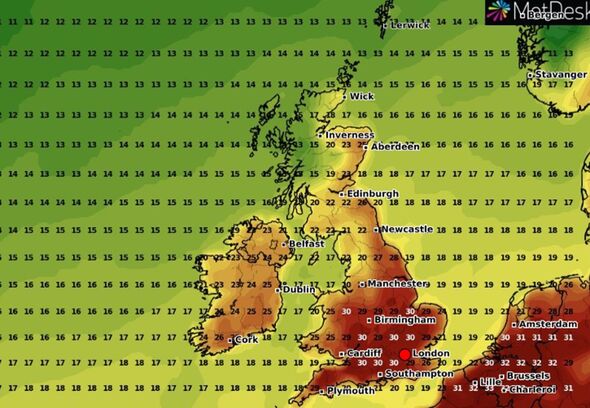 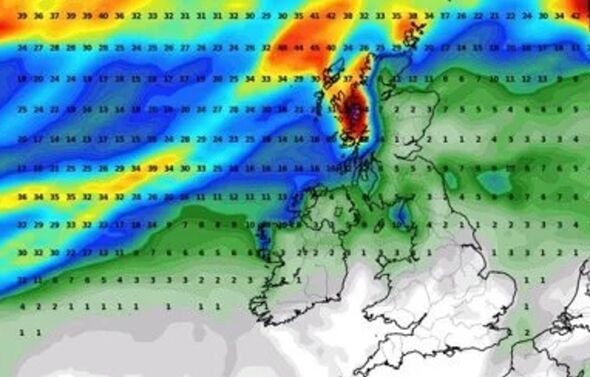 The north east and north west of England will likely experience temperatures hovering in the mid-20s, with a similar forecast in store for most of Scotland.

But by Wednesday, temperatures will break 30C across swathes of the country.

Counties such as Wiltshire, Somerset and parts of Norfolk will bask in the hottest temperatures.

The rest of the south and the Midlands will still see high temperatures, with most sticking between 28C and 29C. 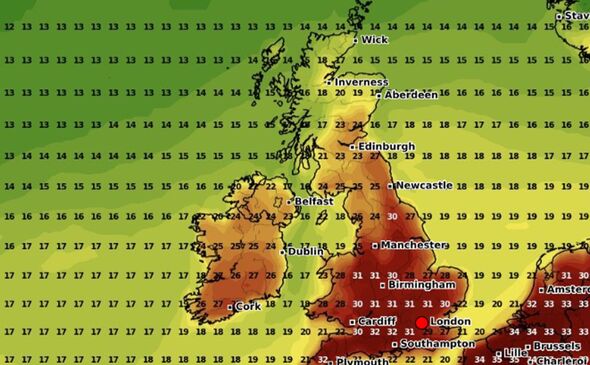 York and the surrounding areas will feel the hottest of the temperatures further north, dropping off to low 20C in Newcastle and Preston.

Thursday will see the hot temperatures kick in, with most of England below Manchester baking in 31C or 32C.

Across Yorkshire, Britons will likely see 30C temperatures, although this number will drop across the country on Merseyside.

Friday will see temperatures across the south sit comfortable in the mid-30s, with multiple counties in the south east and south west hitting 33C.

Across Oxfordshire and the Cotswolds up to Birmingham, temperatures will be firmly between 31C and 32C.

The vast majority of Wales will just fall short of 30C, but will still feel the warmth of 28C or 29C.