High pressure will swoop in across the UK this week, bringing swathes of hot air. Temperatures may hit the mid-twenties Celsius on Wednesday and even rocket to 28C across eastern England. 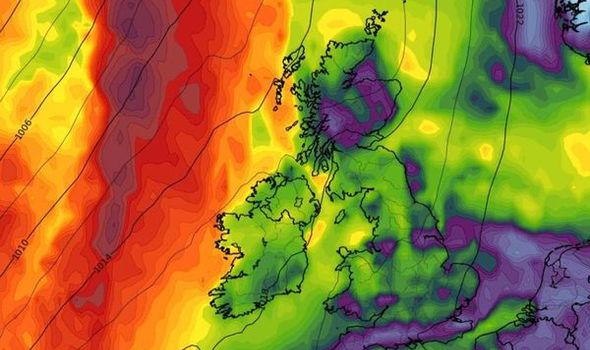 Net Weather forecaster Nick Finnis said: “It will turn increasingly warmer through the first half of this week, as high pressure drifts east and a southerly flow develops, bringing a surge of warm air northwards.

“Temperatures will widely reach the low to mid-twenties Celsius on Wednesday, perhaps 28C across eastern England.

“There will be more in the way of cloud and some rain in the north at times though. 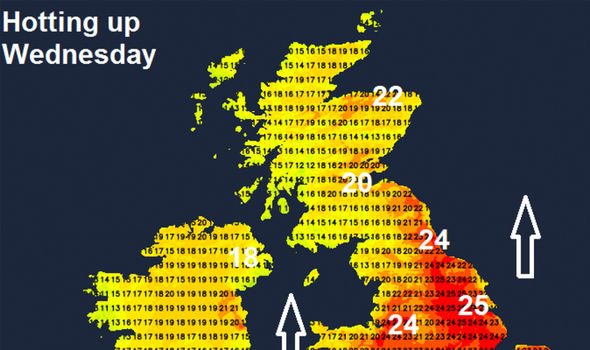 “By the end of the week, it will turn cooler, windier and more unsettled from the west, thanks to low pressure, spawned by the remnants of Tropical Storm Arthur, heading our way.

“But there will be little in the rain for parched gardens in the south.”

Yesterday in several locations across the South East, the mercury was recorded at 24.2C (75.56F) in the afternoon.

Testing the nation’s resolve in maintaining social distancing in parks and open spaces.

The UK was warmer on Monday than some leading tourist hotspots including Ibiza and Malibu. 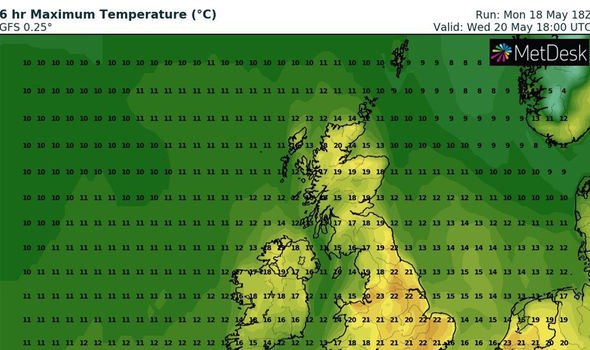 Early-morning swimmers entered the water at Britain’s oldest swimming club at the Serpentine in Hyde Park, west London, on Monday morning, after the easing of coronavirus lockdown measures.

The boss of London’s Olympic Park, Mark Camley, said the capital’s open spaces are likely to see “increasing numbers of people” as the weather remains warm and dry.

There will be a “north-south divide” on Tuesday morning, according to Met Office forecaster Alex Burkill, as parts in Scotland will see light rain and drizzle. 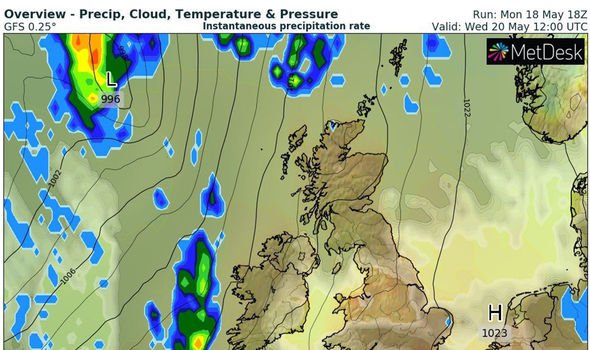 But by the afternoon it will be warm and bright for large swathes of the UK.

Mr Burkill said: “It will be very bright for most in the UK, with warm temperatures and clear, blue skies. By the afternoon, parts in London and the South East could see highs of 25C (77F), while most other areas in the UK should hit the low 20s.

“But Wednesday could be the hottest day of the year so far, with the temperature potentially reaching a high of 27C (80.6F).

“Large swathes of the UK will be dry and sunny for all, as warm air moves in from the south.” 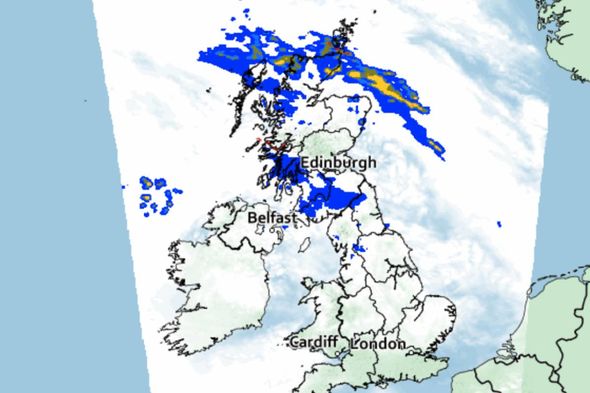 As we move into Thursday some stormy weather could be likely.

Met Office forecaster Craig Snell told the Evening Standard:” Showers can be expected from the word go and then some heavy thunderstorms breaking out across eastern UK, with frequent lightning.

“We haven’t put out a warning yet but we are looking closely because many people could see some quite lively weather.