As communities deal with the aftereffects of the Atlantic storm double whammy, research has found that devastating flooding could become more frequent. Express.co.uk spoke to a weather forecaster at Net Weather to find out why.

The Met Office performed a study called the UK State of the Climate Report which investigated climate change and its effects on the country’s weather.

The report concluded temperatures in the UK will increase, which, Net Weather forecaster Jo Farrow explains, will heighten the risk of flooding.

“So we could have more rain in the winter. More moisture means clouds hold more rain.

“This means we could have more extreme rain events in the future.” 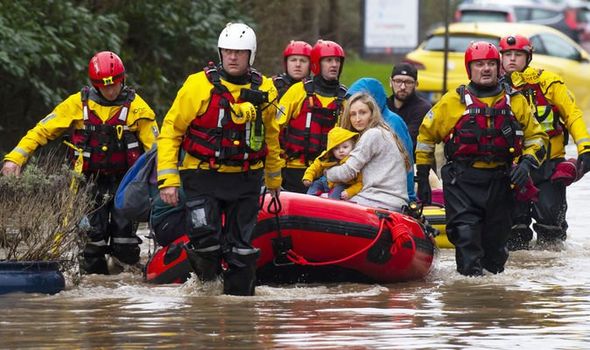 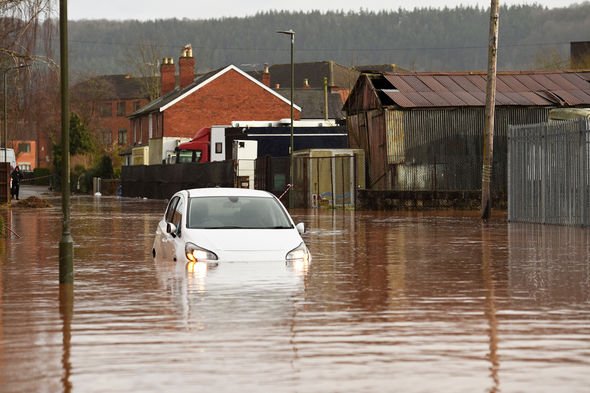 While the Met Office found that more extreme winds storms weren’t necessarily guaranteed, it did say that Britain’s weather will become wetter because of climate change.

The forecaster’s report states: “Several indicators in the latest UK State of the Climate report show that the UK’s climate is becoming wetter.

“One study found that climate change has increased the risk of floods in England and Wales, such as those in Autumn 2000 (the wettest Autumn on record), by at least 20 percent and perhaps 90 percent.

“More recently winter 2013/14 and winter 2015/16 have been the two wettest on record, with widespread impacts during both seasons. 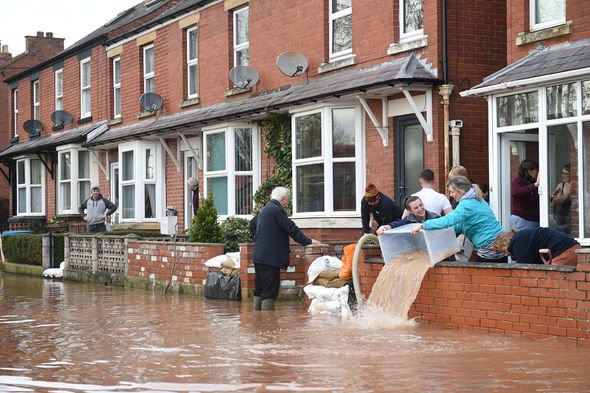 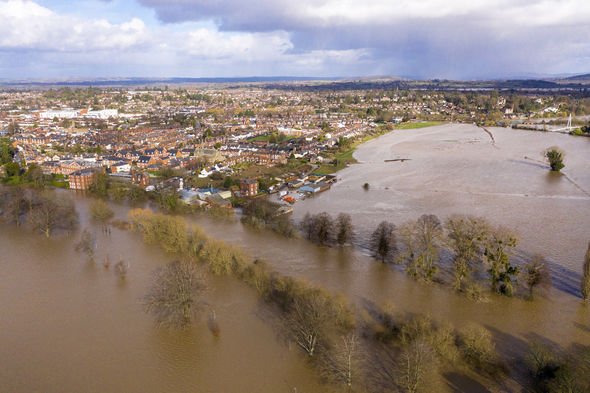 “A Met Office study has shown that an extended period of extreme winter rainfall in the UK, similar to that seen in winter 2013/14, is now about seven times more likely due to human-induced climate change.

“December 2015 was the wettest December, and indeed any calendar month, in the UK series since 1910.

“Rainfall reached two to four times the average in the west and north, with severe flooding in Cumbria in particular.

“A recent study showed that the heavy rains associated with Storm Desmond has been made about 60 percent more likely due to human-induced climate change.”

The areas badly affected by floods in the wake of Storm Dennis will see no let-up this week.

South Wales and Yorkshire, in particular, will not welcome the news that the Met Office has issued yellow warnings for rain there this week.

From 3pm on Wednesday until 2pm on Thursday, rain likely to be heavy, especially over high ground in areas of Wales already hit by floods.

In Yorkshire, where the River Ouse burst its banks and flooded York, a warning is in effect from Friday 12pm on Friday until 6am on Saturday. 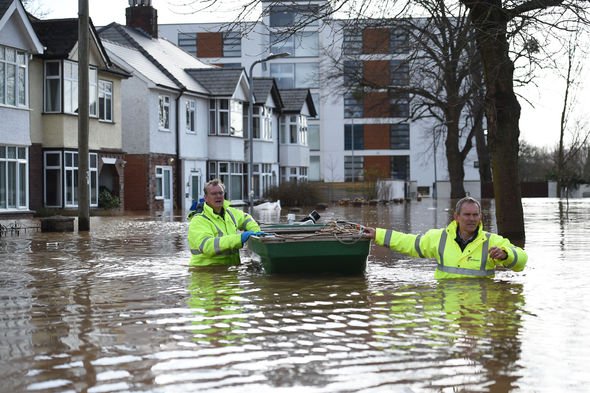 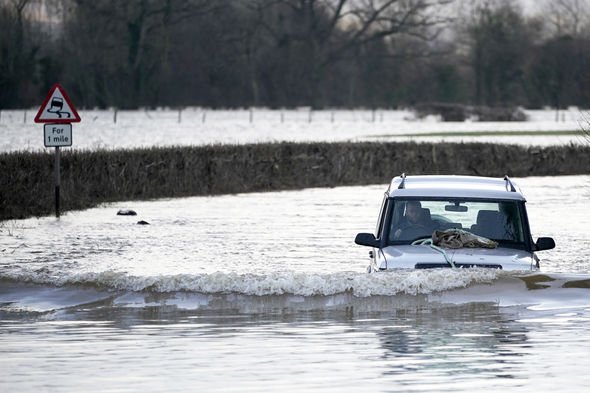 The Met Office said: “Further rain is expected across northern England on Friday.

“Rain is expected to turn persistent and occasionally heavy over parts of the Pennines before clearing early on Saturday.

“About 20 to 30mm is likely to fall widely over higher ground with the potential for 60 to 80mm in a few places.

“Given the recent wet conditions this brings a chance of flooding.”