WASHINGTON (Reuters) – The U.S. and South Korean militaries said on Monday they are considering scaling back joint training due to mounting concerns about the spreading coronavirus, in one of the first concrete signs of the virus’ fallout on global U.S. military activities. 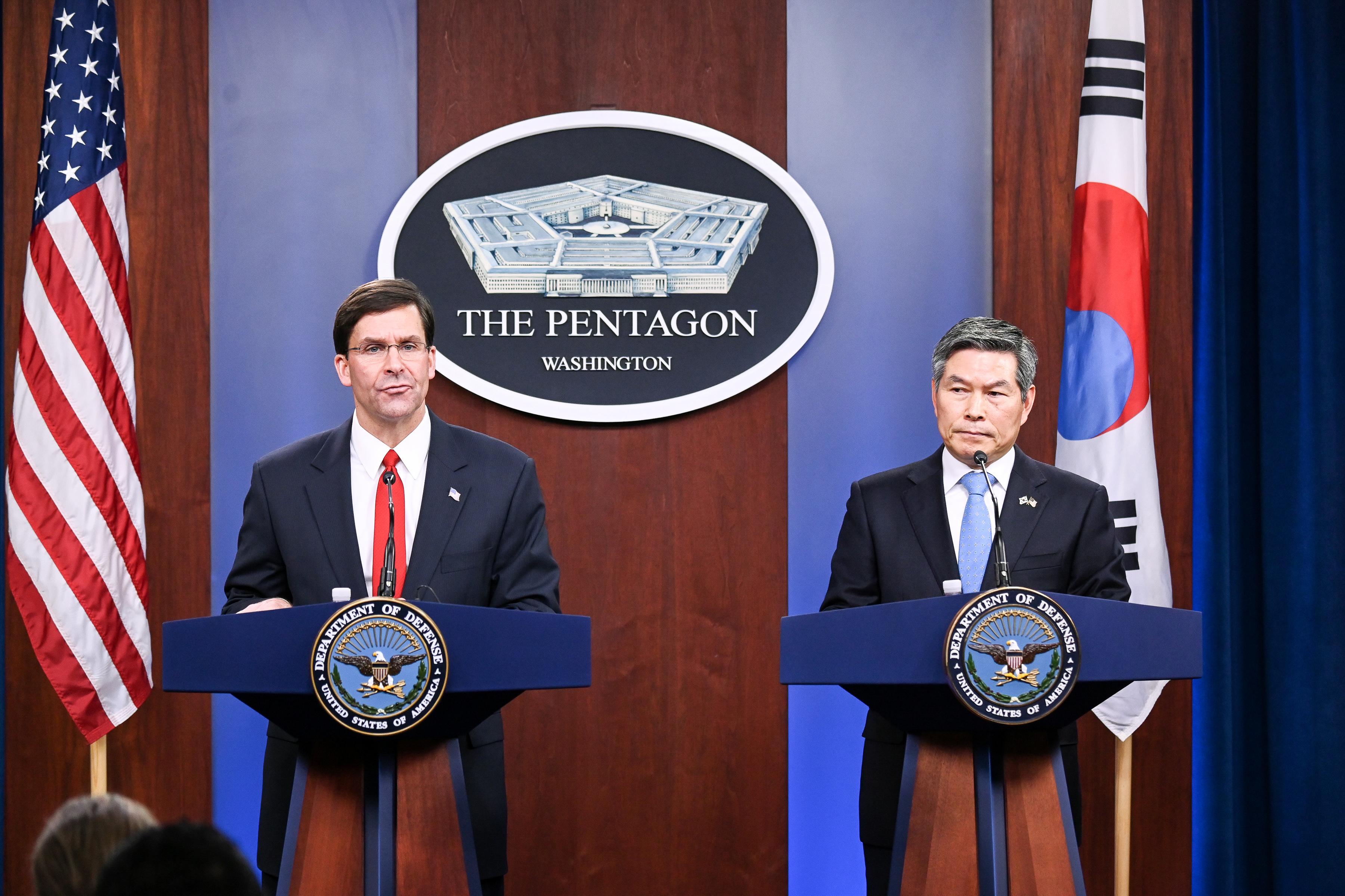 The disclosure came during a visit to the Pentagon by South Korean Defense Minister Jeong Kyeong-doo, who acknowledged following talks with U.S. Defense Secretary Mark Esper that 13 South Korean troops had tested positive for the virus.

“As of yesterday, we had 13 cases in the (South Korean) armed forces. We do regard this situation as a serious one,” Jeong told a news conference at the Pentagon, adding he had suspended military vacations and off-base leave.

“We have also limited their movement across the nation.”

Earlier on Monday, the U.S. military said a 61-year-old woman in South Korea who tested positive for the virus had recently visited a U.S. military base in the southeastern city of Daegu.

The woman, who was the widow of a former U.S. service member, visited a store at Camp Walker on Feb. 12 and 15, the military said. It was the first infection connected to U.S. Forces Korea, which counts some 28,500 American troops on the peninsula.

U.S. Forces Korea said it was raising the risk level to “high” across the country. It urged U.S. troops to limit travel and “use extreme caution when traveling off-installation.”

Esper said the top U.S. and South Korean generals on the peninsula were weighing scaling back joint training but insisted both militaries would remain alert, amid persistent concerns about North Korea’s nuclear weapons program.

“I’m sure that we will remain fully ready to deal with any threats that we will face together,” Esper said, standing alongside his South Korean counterpart.

The growing concern about the coronavirus’ impact on U.S. and South Korean military activities comes against the backdrop of strains in bilateral ties over U.S. calls for South Korea to offset more U.S. defense costs.

Both sides appear at an impasse.

Esper told reporters after the talks on Monday that “shouldering the cost of our common defense cannot fall disproportionately to the American taxpayer.” Jeong acknowledged that talks were at a “standstill.”

The last “special measures agreement” (SMA) lapsed at the end of December after multiple rounds of talks yielded no progress, and now the U.S. military says funding will soon run out for thousands of South Korean civilians who work to support the bases.