TAIPEI (Reuters) – U.S. Secretary of Health and Human Services Alex Azar arrived in Taiwan on Sunday as the highest-level U.S. official to visit in four decades, a trip condemned by China which claims the island as its own, further irritating Sino-U.S. relations. 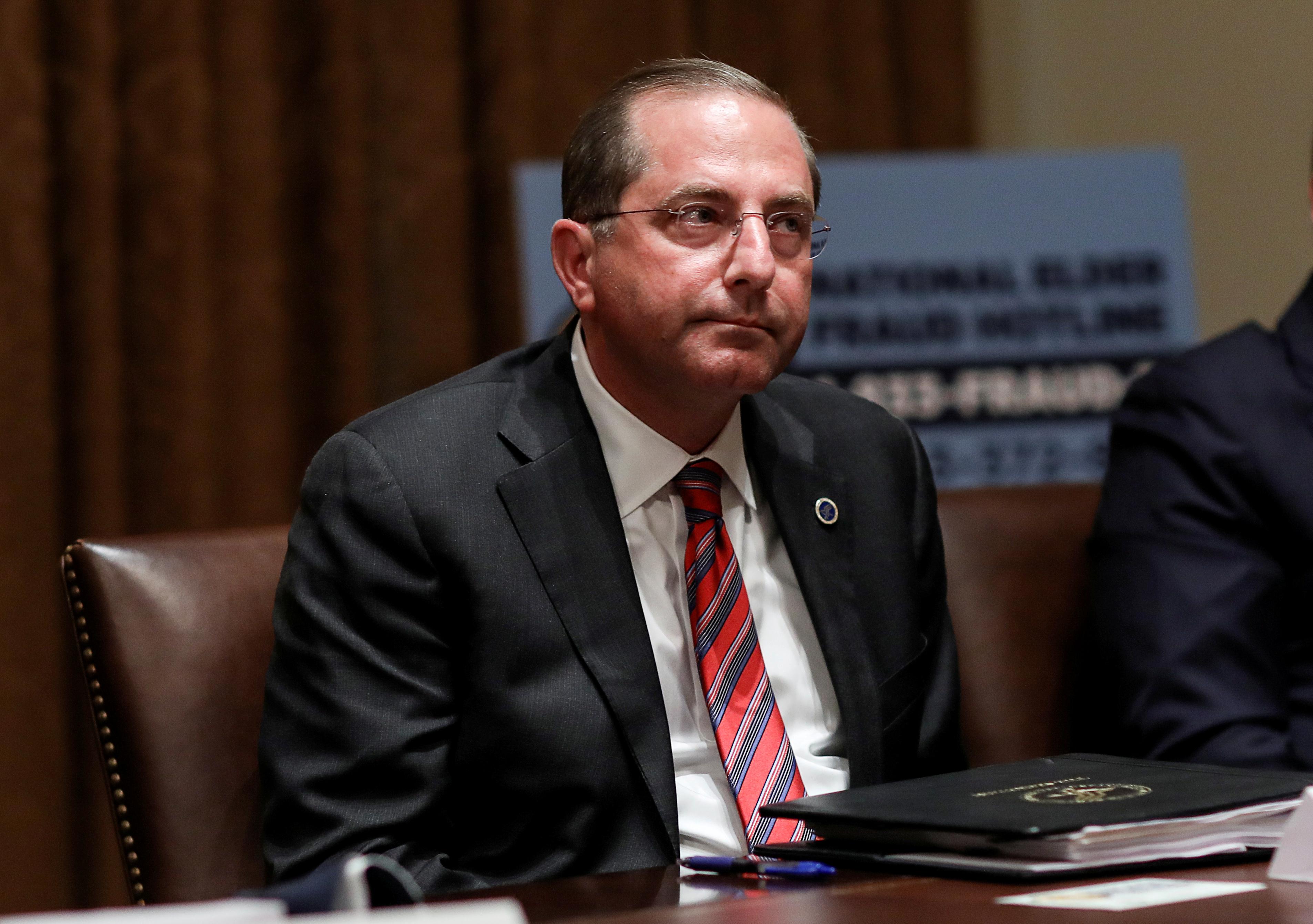 Washington broke off official ties with Taipei in 1979 in favour of Beijing. The Trump administration has made strengthening its support for the democratic island a priority, and boosted arms sales.

Beijing, already arguing with Washington over everything from human rights and trade to the handling of the coronavirus pandemic, has threatened unspecified countermeasures to Azar’s visit. China considers Taiwan a wayward province, to be brought under its control by force if needed.

Azar arrived at Taipei’s downtown Songshan airport on a U.S. government aircraft late in the afternoon, and was met by Brent Christensen, the de facto U.S. ambassador to Taiwan, and by Taiwan Deputy Foreign Minister Tien Chung-kwang.

In accordance with COVID-19 rules, there were no handshakes and all officials wore masks, including Azar, as seen in images broadcast live on Taiwanese television.

Azar is coming to strengthen economic and public-health cooperation with Taiwan and support Taiwan’s international role in fighting the pandemic.

On Monday he will sign a health cooperation memorandum of understanding with Taiwan’s government and visit Taiwan’s Centres for Disease Control.

He is also scheduled to meet President Tsai Ing-wen during his visit.

Azar and his team had to be tested for the coronavirus before and upon arrival. They will have to wear face masks throughout their visit and practice social distancing.

Taiwan’s early and effective steps to fight the disease have kept its case numbers far lower than those of its neighbours, with 480 infections, including seven deaths. Most cases have been imported.

The United States has had more coronavirus cases and deaths than any other country, and the wearing of masks has become a heated political issue, with some people objecting to what they see as an infringement of personal freedom.