KABUL (Reuters) – The United States’ special envoy for Afghanistan on Wednesday met Afghan President Ashraf Ghani and his former rival Abdullah Abdullah, to discuss progress towards a peace deal with the insurgent Taliban. 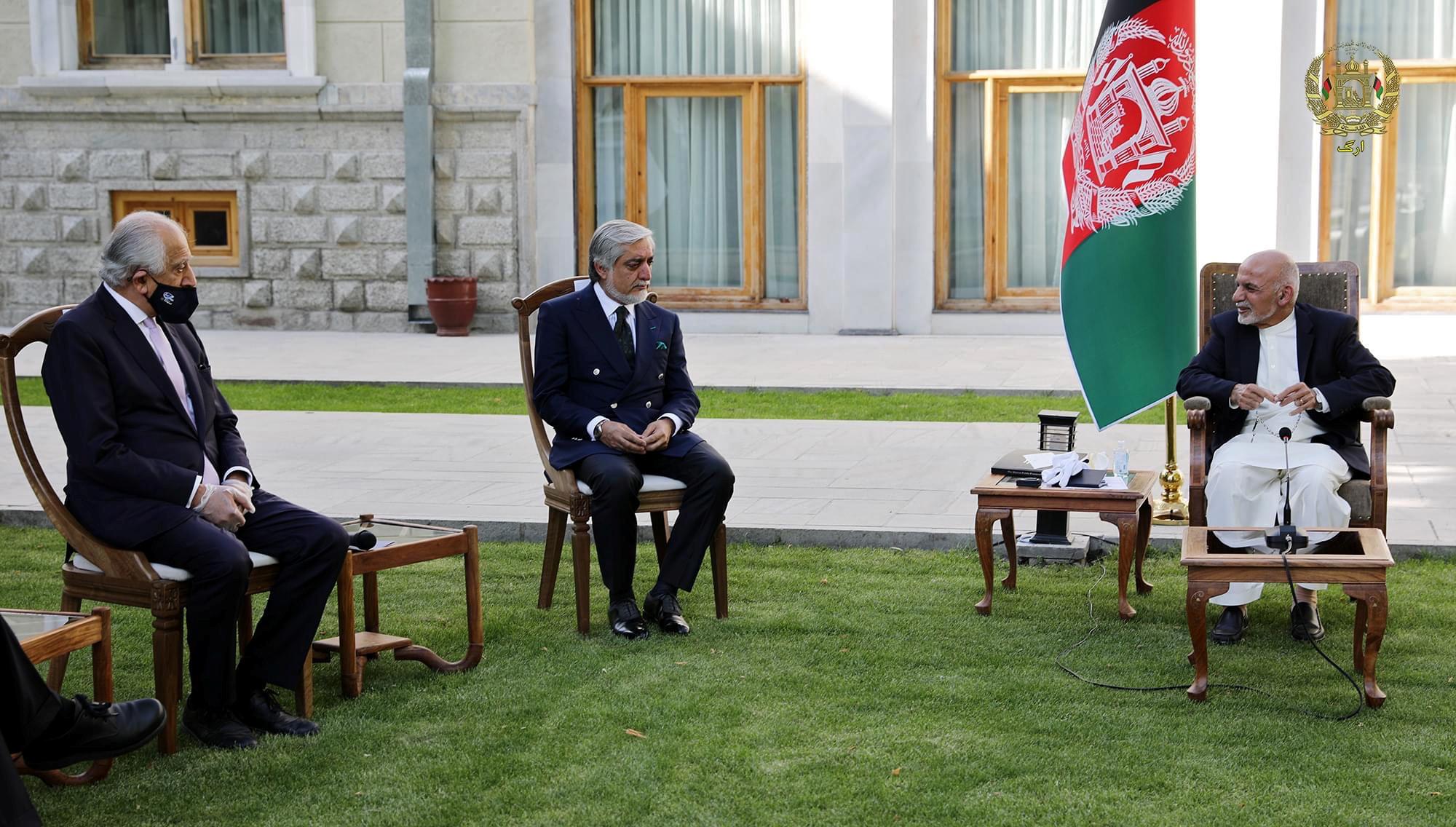 The meeting was the first between the three men since Ghani and Abdullah ended a months-long political impasse in which both claimed to be Afghanistan’s rightful leader.

The pair struck a power-sharing agreement on Sunday, removing a major obstacle to the U.S.-brokered peace process and in which Abdullah was appointed head of a reconciliation council designated to hold talks with the Taliban.

Ghani said that during his meeting with Khalilzad, shortly before the three men met, they had discussed a ceasefire with the Taliban.

“Both sides talked about the upcoming steps for the peace process and both side stressed the issue of a ceasefire before the start of the inter-Afghan talks,” Ghani’s statement said, adding they discussed how to continue with a prisoner swap that the Taliban have demanded before beginning talks.

His statement made no mention of a $1 billion aid cut the United States announced in March when Abdullah and Ghani failed to strike a deal and which officials have asked be reinstated.

Khalilzad is in the region to escalate efforts to bring the Afghan government and the Taliban to the negotiating table after months of delays.

The Taliban has increased violence even after a Feb. 29 U.S.-Taliban pact on the withdrawal of U.S.-led foreign forces in exchange for Taliban security guarantees.

On Wednesday the Taliban’s leader Haibatullah Akhundzada released a statement marking the Islamic celebration of Eid, calling for progress on the peace deal but also asking its fighters to stay “focused on their objectives” and “consolidate … ranks”, which government security officials criticised as inciting violence.