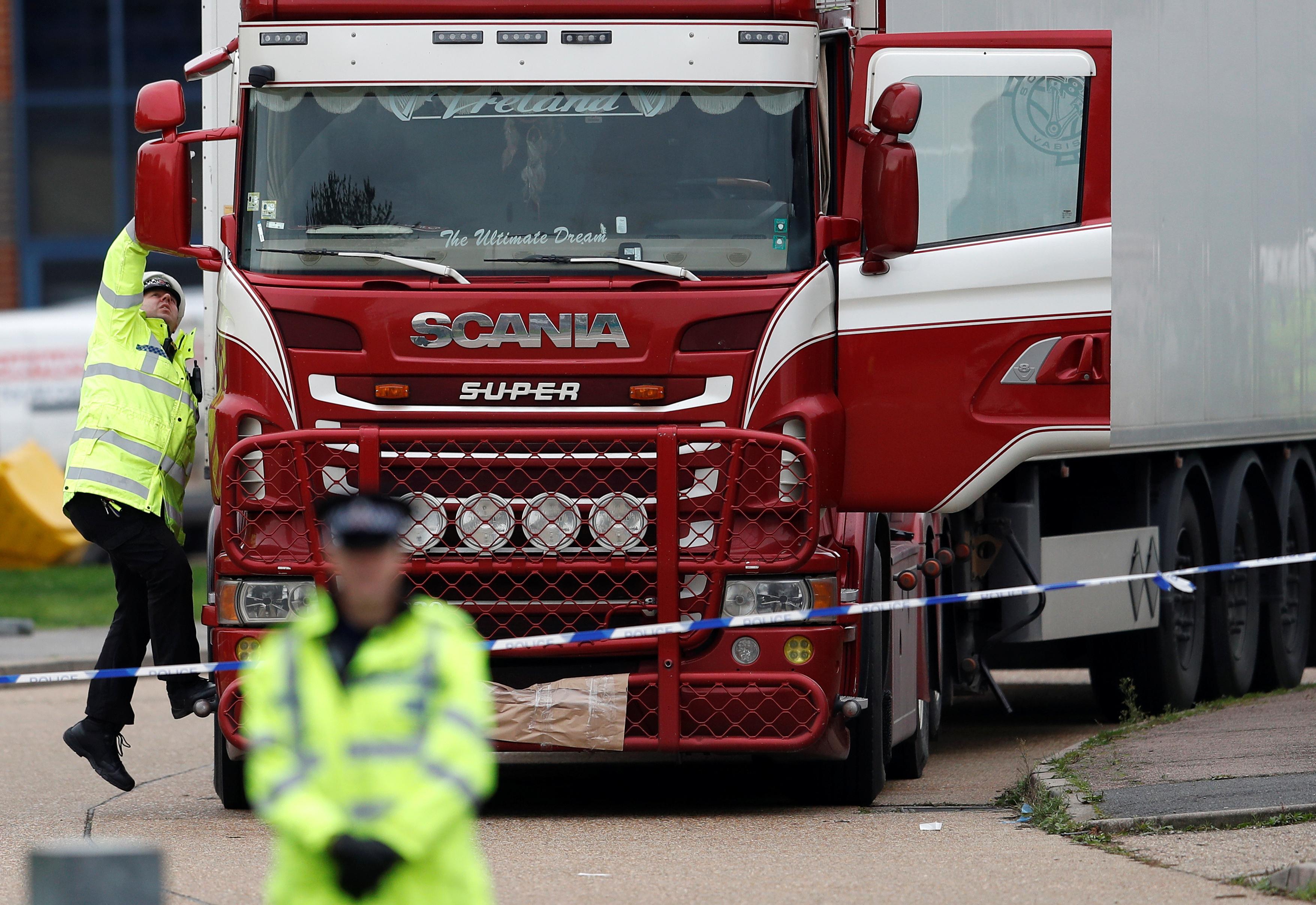 DUBLIN (Reuters) – Two Northern Irishmen are set to be extradited to Britain to face manslaughter charges over the deaths of 39 Vietnamese people found in the back of a truck near London last year, Ireland’s courts heard on Friday.

Ireland’s High Court approved the handover to Britain of Ronan Hughes, 40, on charges of manslaughter and immigration offences.

The discovery of the bodies in the back of a refrigerated truck highlighted how poor citizens of Asia, Africa and the Middle East pay large sums to middlemen to make perilous, illicit journeys to the West.

The victims, 31 men and boys and eight women whose ages ranged from 15 to 44, were discovered in October in a container at the back of a truck driven by Robinson to an industrial estate in Grays in Essex, about 30 km east of London.

Ireland’s High Court heard that UK authorities allege that Hughes organised the drivers and travel. They also alleged in a separate case last year that Harrison delivered the trailer in which the people were found to a Belgian port before its onward journey to Britain.

Irish broadcaster RTE reported that Hughes asked to be handed over to the UK authorities as soon as possible.

Neither Harrison nor Hughes have yet to enter a plea in relation to the substance of the allegations as their hearings have only concerned extradition.