ANKARA/ISTANBUL (Reuters) – Turkey will no longer stop Syrian refugees from reaching Europe, a senior Turkish official said, as Ankara responded on Friday to the killing of 33 Turkish soldiers in an air strike by Syrian government forces in Syria’s northwestern Idlib region. 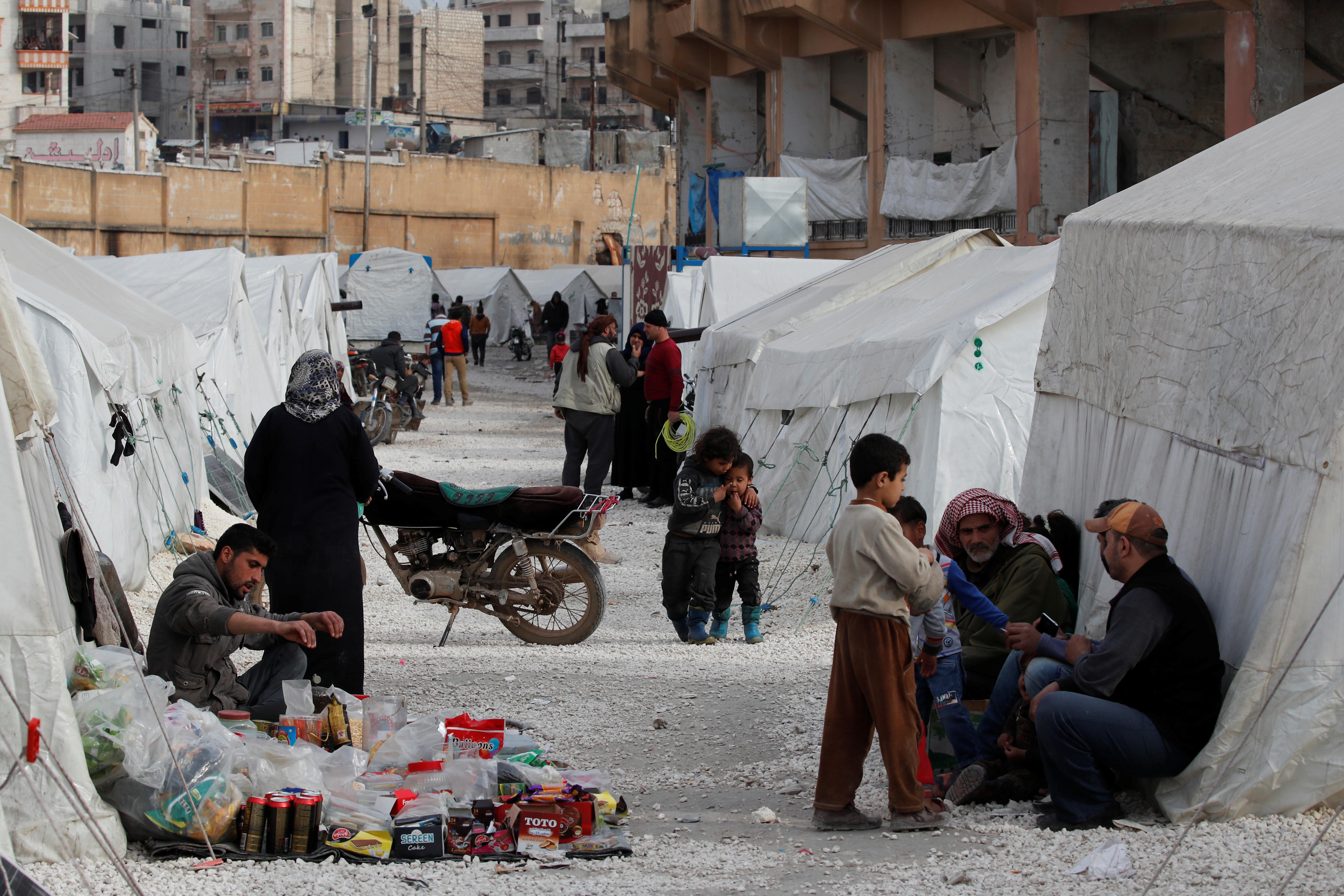 Turkey has sent thousands of troops and heavy military hardware into Syria and Erdogan has warned that Turkey would launch a full-scale offensive to repel Syrian forces unless they pulled back from Turkish observation posts in the region.

The killing of 33 Turkish soldiers and wounding of 32, announced by the governor in Turkey’s Hatay province bordering Syria, raised the Turkish military death toll in the region to 54 this month.

Turkey’s communications director, Fahrettin Altun, said that in retaliation, “all known” Syrian government targets were being fired on by Turkish air and land support units.

Details of the retaliation were not immediately clear.

Some one million civilians have been displaced near the Turkish border since December as Russia-backed Syrian government forces seized territory from Turkey-backed Syrian rebels, marking the worst humanitarian crisis in the nine-year war.

In anticipation of the imminent arrival of refugees from Idlib, Turkish police, coastguard and border security officials have been ordered to stand down on refugees’ land and sea crossings towards Europe, the Turkish official told Reuters.

“We have decided, effectively immediately, not to stop Syrian refugees from reaching Europe by land or sea,” said the official, who requested anonymity.

“All refugees, including Syrians, are now welcome to cross into the European Union.”

The threat to open the way for refugees to Europe would, if executed, reverse a pledge Turkey made to the European Union in 2016 and could quickly draw Western powers into the standoff over Idlib and stalled negotiations between Ankara and Moscow.

The burden of hosting refugees “is too heavy for any single country to carry”, the official said.

Turkey hosts some 3.7 million Syrian refugees and has repeated it cannot handle more. Under the 2016 deal, the European Union has provided billions of euros in aid in return for Ankara agreeing to stem the influx of migrants into Europe.

Hatay Governor Rahmi Dogan said none of the Turkish troops wounded in Thursday’s air strike were in critical condition.

The U.S. State Department said the United States was very concerned about the reported attack on Turkish soldiers.

“We stand by our NATO ally Turkey and continue to call for an immediate end to this despicable offensive by the Assad regime, Russia, and Iranian-backed forces,” a State Department representative said in a statement.

U.N. Secretary-General Antonio Guterres voiced “grave concern” about the escalation in northwest Syria and reports that Turkish soldiers had been killed, and repeated his call for an immediate ceasefire, a spokesman said.

Turkey has been sending troops to back the rebels it supports against the offensive.

The war in Syria has displaced millions and killed hundreds of thousands.

As fighting raged along several fronts on Thursday, the United Nations said it was having “catastrophic” humanitarian consequences, with at least 134 civilians, including 44 children, killed in February, and schools and hospitals destroyed.

Seven children were among 11 people killed when an air strike hit a school in northern Idlib on Tuesday, according to the United Nations.

Turkey has urged Europe to do more to ease the crisis in Idlib, and Erdogan said last year his government could “open the gates” for migrants to Europe if it failed to act.

The 2016 EU-Turkey accord aimed to help end the chaotic arrival of migrants and refugees, most of them fleeing war and poverty in the Middle East, Africa and Asia, after more than a million reached Europe in 2015.

Under the agreement, migrants and refugees who cross the Aegean Sea illegally are sent back to Turkey. But Ankara has said funding from Europe was slow to materialize and paltry next to the $40 billion it says it has spent.

Turkish and Russian officials held a third round of talks in Ankara on Thursday. Two previous rounds did not yield a ceasefire deal. 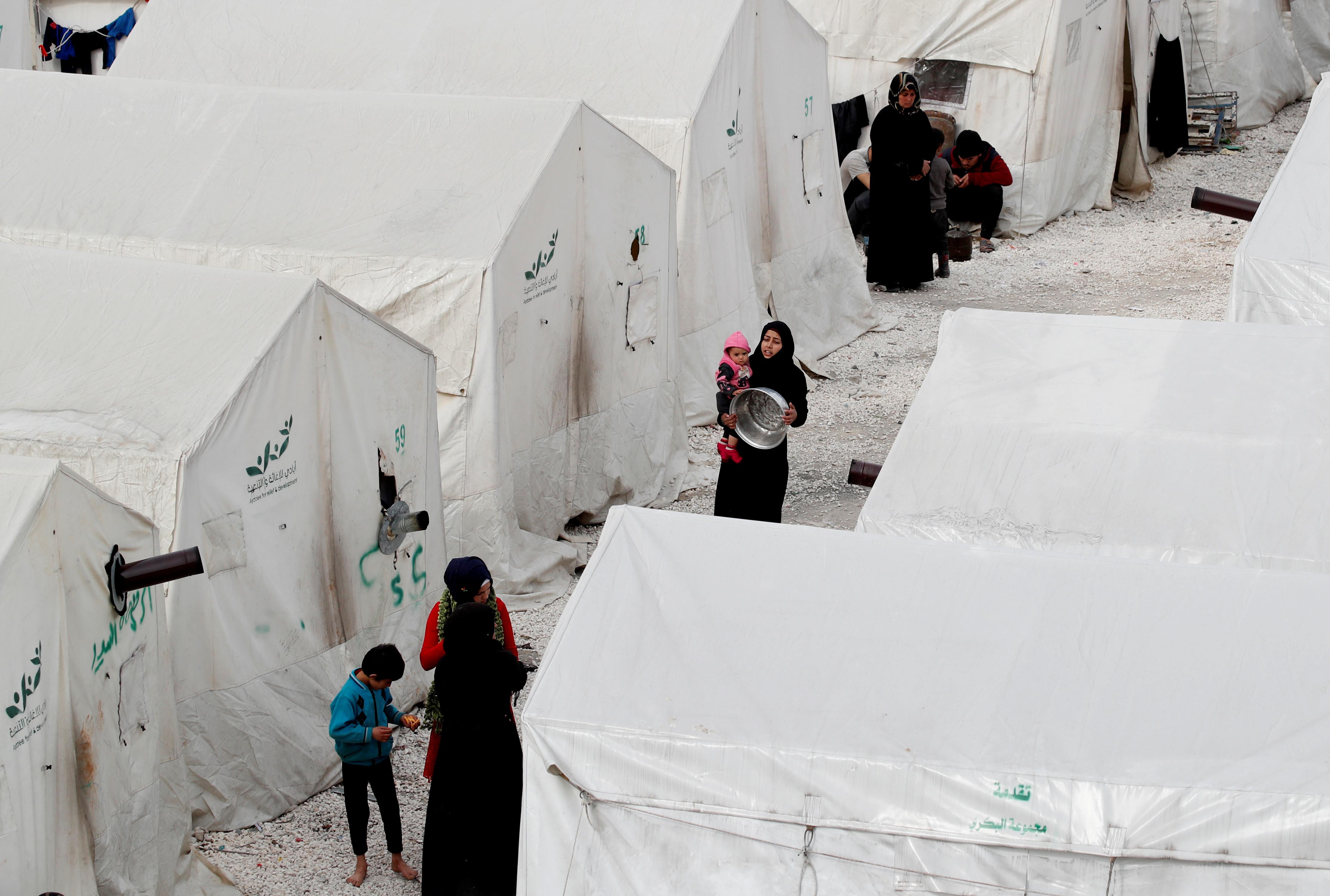 In Washington, the Pentagon said U.S. Defense Secretary Mark Esper spoke to his Turkish counterpart on Thursday and they discussed Idlib and Libya.

“We are exploring ways the United States can work together with Turkey and the international community,” the Pentagon said of the call.