Turkey earlier this week announced the Police, coastguards and border security officials had been ordered to stand down and stop preventing refugees to cross the border into EU member states. Video emerged on social media purportedly showing buses in Istanbul loading up tens of refugees to escort them to Edirne, a town close to Turkey’s border with Greece and Bulgaria. Several men can be seen getting onto the white bus in what appears to be the suburb of Istanbul.

Additional photos shared on Twitter also show at least five buses waiting to be loaded before heading for the border despite Ankara having previously struck an agreement with the European Union to regulate the flow of Syrian refugees allowed to cross into the bloc from Turkey.

The decision is believed to be aimed at pushing Brussels into agreeing to support Turkish troops involved in military operations in the northern Syria town of Idlib, where 33 Turkish soldiers were recently killed by government forces in an attack on the opposition-held region.

Arabic Al-Aan TV journalist Jenan Moussa however reported eyewitnesses in Istanbul had claimed a large number of the refugees set to be ferried to the border appeared to be of Afghan origin rather than Syrian.

Ms Moussa said thousands of Syrians she spoke to have been preparing to make a move for the border but remained hesitant too because they remain unsure they will effectively be allowed to go into the EU. 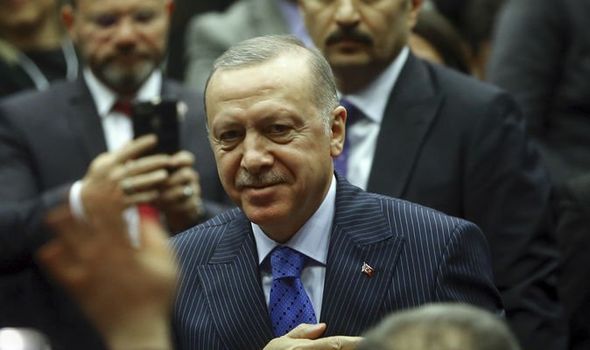 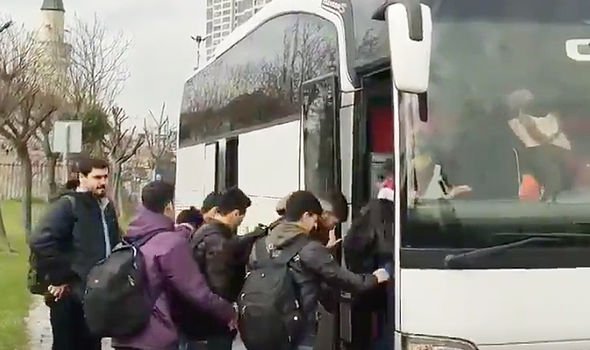 Writing on Twitter, she said: “I’m speaking since morning with different Syrian families in different provinces in Turkey.

“They want to leave to Europe &have their bags packed. But they also say that most refugees moving to Edirne aren’t Syrians but Afghans. ‘We will go if we are sure border is open’.”

She added: “Only thing stopping 1000s of Syrians from moving towards border with Greece is that nobody knows yet if it’s possible to really get into Greece.

“All Syrians in Turkey glued to TV as Turkish TV is live streaming people flocking to Greek borders on foot, by bus &boats.” 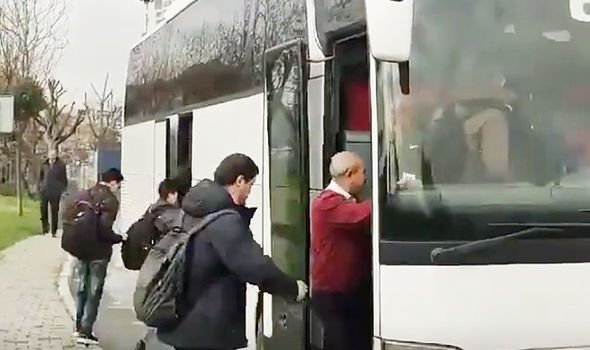 The Greek Government confirmed police reinforcements have been deployed to the country’s border checkpoints with Turkey to prevent refugees and migrants from entering the country.

Eyewitnesses near the border claimed several dozen people were amassed on the land border at Kastanies, north-east Greece, between the two countries. Greek police buses were seen preventing access.

Speaking to Reuters, a government official said: “They will not enter the country. They are irregular migrants, we won’t let them enter.”

According to Brussels reporter Nick Gutteridge, a spokesman for the European Commission insisted the bloc is “more equipped than ever” to handle another large influx of asylum seekers should the need to arise 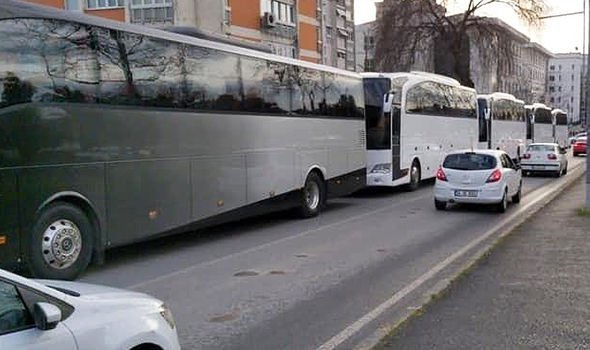 The U.N. refugee agency said on Friday that it had not been informed of any change in Turkey’s policy regarding Syrian refugees, nor did it have reports of people on the move towards Greece or other parts of Europe.

UNHCR spokesman Babar Baloch, asked about a Reuters report quoting a senior Turkish official saying that Ankara would no longer stop Syrian refugees from reaching Europe, told a Geneva news briefing: “We have not received any communication to that effect. We have no reports of a visible shift of movement to the borders.”

Turkey hosts some 3.7 million Syrian refugees. Under a deal agreed in 2016, the European Union has provided billions of euros in aid in return for Ankara agreeing to stem the influx of migrants into Europe.

Ankara has sent thousands of troops and heavy military hardware into northwest Syria’s Idlib province to back rebels looking to hold back an offensive by Syrian government and Russian forces aimed at taking back the rebel stronghold.